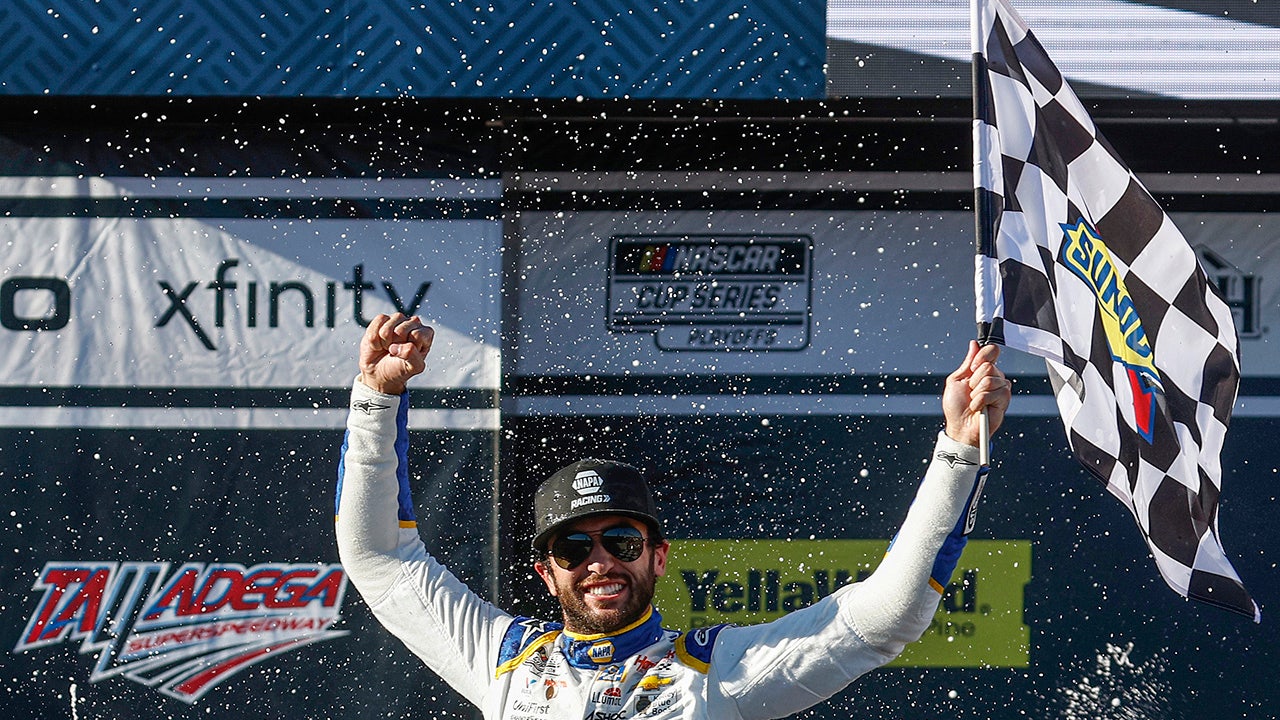 Chase Elliott’s playoff worries ended Sunday with a win at the YellaWood 500 at Talladega Superspeedway in Alabama.

Elliott was among the pack near the front with two laps to go in the race, and as the white flag waved in the air, he got a big push from Erik Jones on the final lap to pass Ryan Blaney.

The No. 9 Napa Chevrolet held off Blaney, Michael McDowell and Ross Chastain toward the finish line to become the first playoff driver to win a postseason race. He won the race by just 0.046 seconds, according to NASCAR.

Elliot secured a spot in the Round of 8. He won the Cup series title in 2020.

Chase Elliott, driver of the No. 9 NAPA Auto Parts Chevrolet, celebrates in victory lane after winning the YellaWood 500 at Talladega Superspeedway on October 2, 2022, in Talladega, Alabama.
(Chris Graythen/Getty Images)

The final race of the Round of 12 will take place at Charlotte, but instead it will be a road course race.

The pit crew works on Joey Logano’s car during the YellaWood 500 at Talladega Superspeedway on October 2, 2022, in Talladega, Alabama.
(AP Photo/Butch Dill)

The Bank of America ROVAL 400 will be a 109-lap event at Charlotte Motor Speedway on October 9.