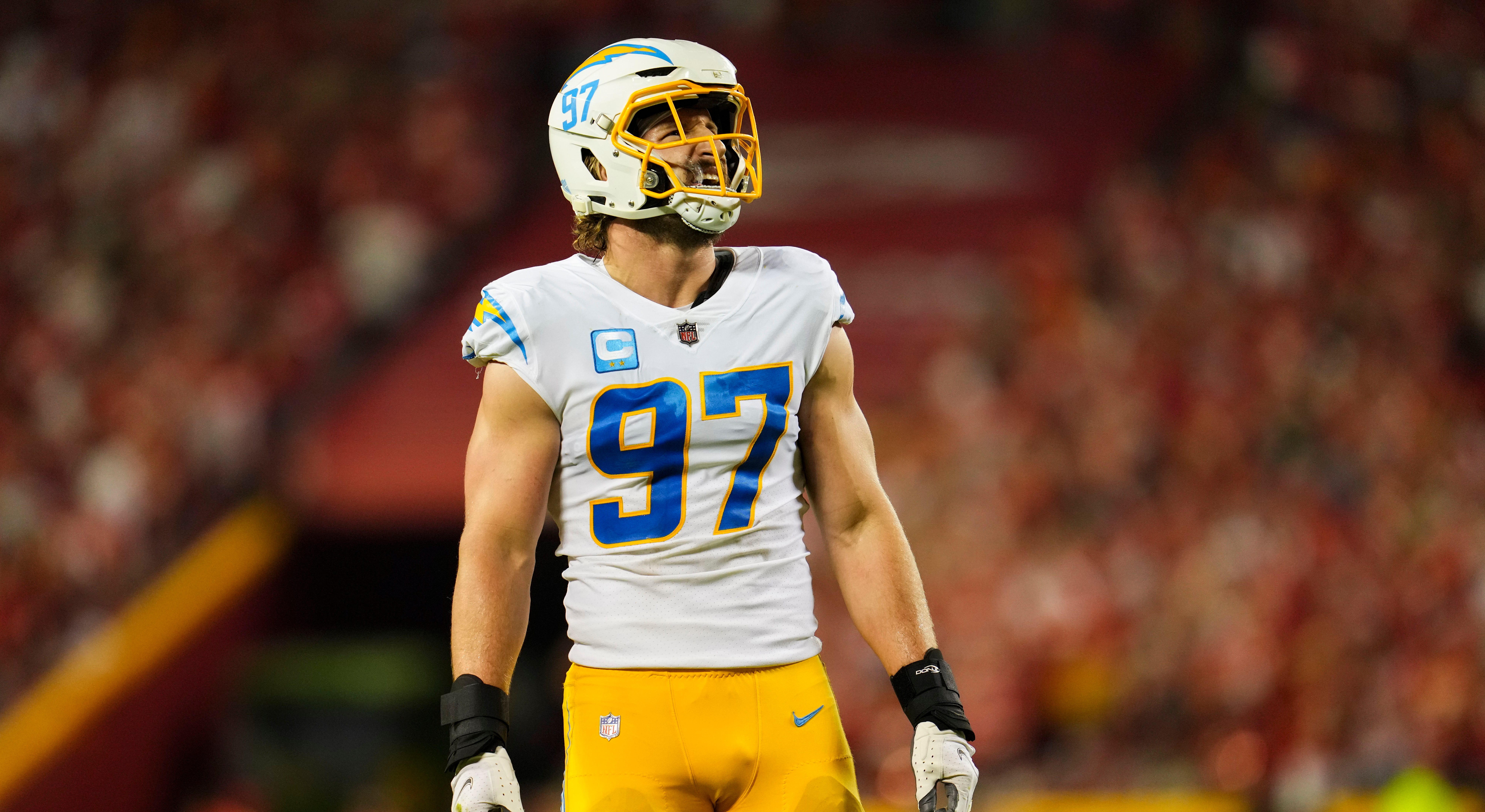 The Los Angeles Chargers will be without a key defensive player for quite some time after learning defensive end Joey Bosa needs surgery to repair a core muscle injury.

Chargers head coach Brandon Staley broke the news to reporters Wednesday, saying Bosa will have to go on injured reserve while he recovers from surgery in Philadelphia.

Because of his IR designation, Bosa will have to miss at least four weeks, though NFL Network says these injuries require about six weeks of recovery.

Bosa, a Pro Bowler each of the past three seasons, has had multiple injuries in the past. However, he played 16 games last season, totaling 10.5 sacks with 51 combined tackles and 20 quarterback hits.

The third overall pick in the 2016 draft, Bosa is 1.5 sacks with seven tackles and four quarterback hits this season.

Unfortunately for the Chargers, Bosa’s injury is just one of many they have to deal with. Starting left tackle Rashawn Slater has missed the entire season with a ruptured biceps tendon, and wide receiver Jaylen Guyton tore an ACL, also ending his year.

The Chargers are also dealing with wide receiver Keenan Allen’s hamstring injury, though he returned to practice this week. Although he played last week, quarterback Justin Herbert is still dealing with fractured rib cartilage from an injury from Week 2 against the Kansas City Chiefs.

Los Angeles still has All-Pro running back Khalil Mack, a free agent who signed this offseason, in its star-studded defense. Kyle Van Noy will probably play a bigger role on the line with Bosa out.

Mack is off to a solid start with his new team, totaling three sacks in Game 1 against the Las Vegas Raiders. He got another against the Chiefs for a total of four on the season so far.

The Chargers head to Houston to face the Texans on Sunday.

If he needs six weeks of rehab, Bosa could return on Nov. 13 against the San Francisco 49ers.