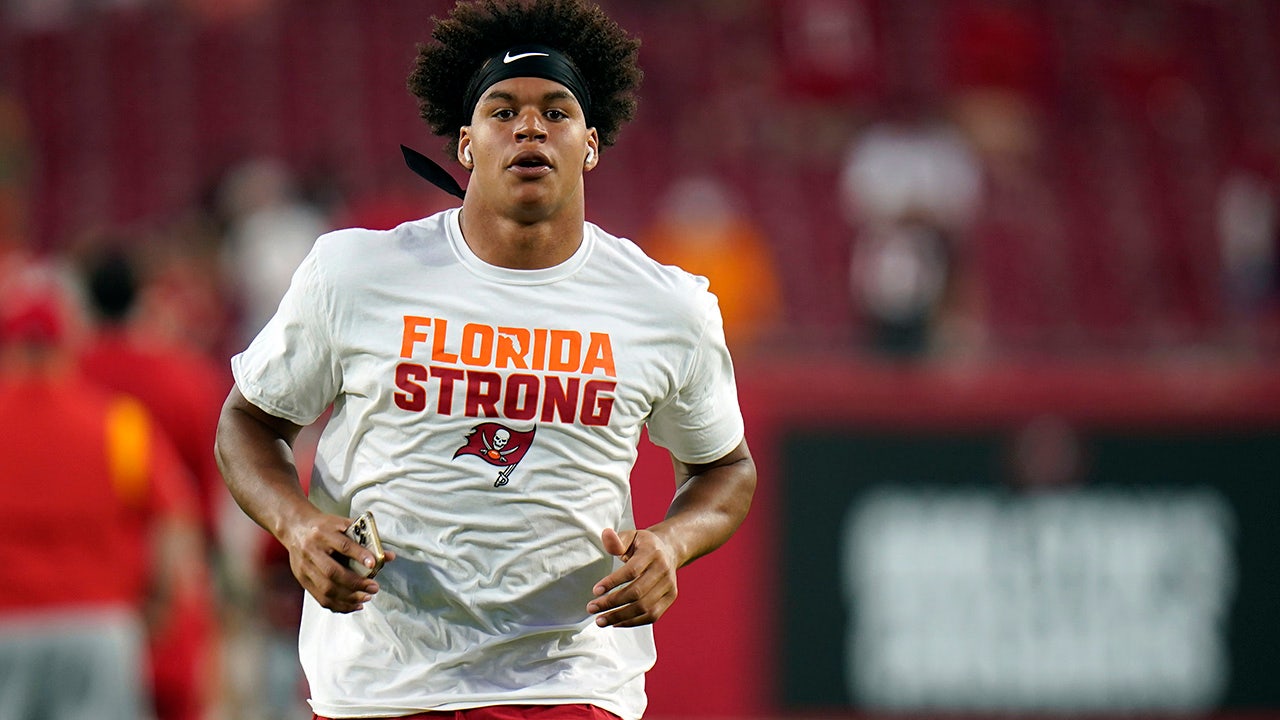 Some Tampa Bay Buccaneers players and coaches were seen wearing “Florida Strong” jerseys before their Week 4 matchup against the Kansas City Chiefs on Sunday night.

Todd Bowles, Joe Tryon-Shoyinka and Cameron Brate were among those who wore the shirts to raise awareness for people in the Tampa Bay region affected by Hurricane Ian. The Buccaneers said before the game that they would launch their “Florida Strong” relief effort, which included raising money to support those affected by disasters, honor first responders and bring communities together.

“We are committed to supporting the thousands of Floridians who are dealing with tragic circumstances and in need of assistance in the aftermath of this catastrophic storm,” Buccaneers co-owner Darcie Glazer Kassewitz said in a news release. “By raising funds, honoring our brave first responders and encouraging others across the state to help where they can, we will show that together we are Florida Strong.”

Joe Tryon-Shoyinka of the Tampa Bay Buccaneers wears a “Florida Strong” jersey before the game against the Kansas City Chiefs on October 2, 2022 in Tampa, Florida.
(AP Photo/Chris O’Meara)

The organization said the Tampa Bay Buccaneers Foundation will donate its share of proceeds from the 50/50 raffle at Raymond James Stadium to relief efforts and is selling “Florida Strong” jerseys.

Fans cheer from the stands before the game between the Kansas City Chiefs and the Tampa Bay Buccaneers at Raymond James Stadium on October 2, 2022 in Tampa, Florida.
(Douglas P. DeFelice/Getty Images)

The Buccaneers paid tribute to first responders before the game, and first responders participated in the coin toss ceremony. Several other law enforcement divisions throughout the area were also housed.

The NFL Foundation matched the $1 million donation to nonprofit organizations made by the Glazer family last week to help the effort.

Hurricane Ian swept through the area last week, leaving dozens dead in Florida alone. The storm resurfaced as a Category 1 storm in South Carolina before moving up the East Coast.