HomeSportsBryce Young leaves the game with a sprained shoulder
Sports 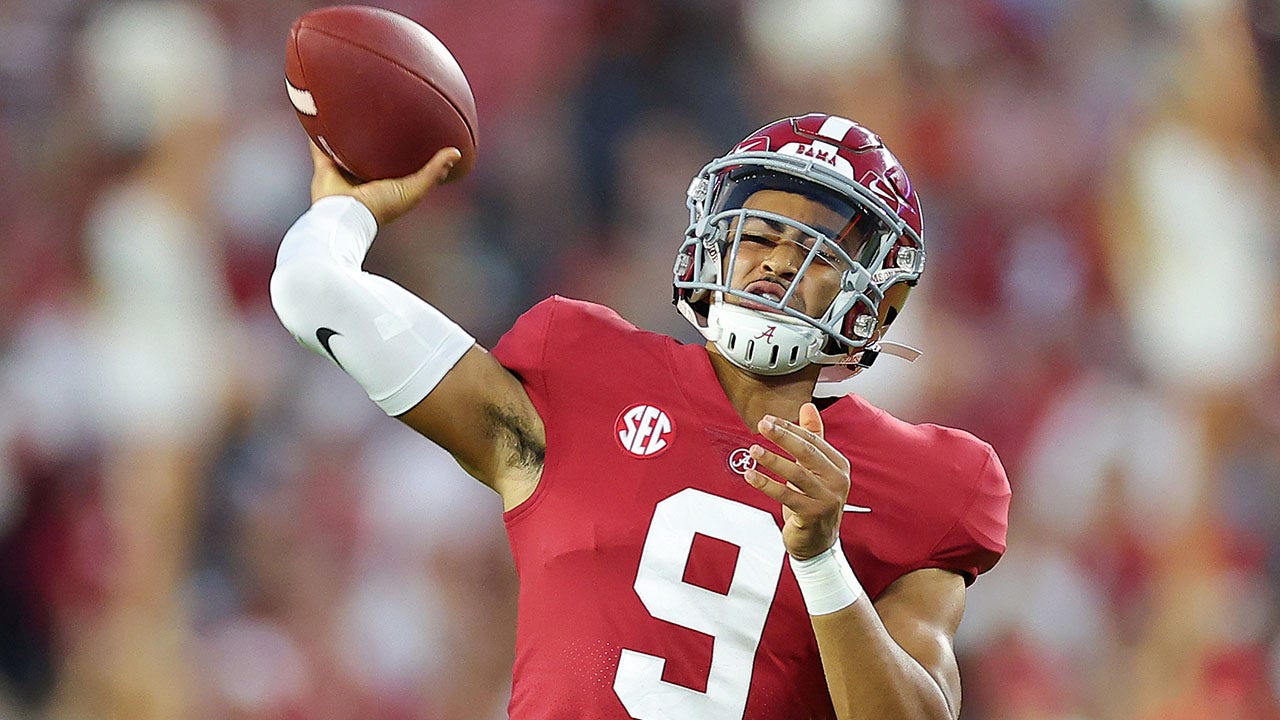 The tide was rolling in early in Alabama’s game against Arkansas on Saturday, but it suddenly stopped.

Bryce Young suffered a sprained shoulder in the second quarter of Bama’s 49-26 victory over the Razorbacks.

Alabama Crimson Tide’s Bryce Young throws a pass against the Vanderbilt Commodores during the first half at Bryant-Denny Stadium on September 24, 2022 in Tuscaloosa, Alabama.
(Kevin C Cox/Getty Images)

He was evaluated in the medical tent and left for the locker room during the fourth, throwing his helmet angrily before entering.

Young won the Heisman Trophy last year and is widely considered one of the top prospects for the upcoming NFL Draft.

He was 7-of-13 for 173 yards with a touchdown and an interception when he left. Jalen Milroe replaced him.

Young came out of the locker room with a helmet on and it was questionable to return. He was throwing down the sideline before the second half started, but Milroe started the half under center and Young never came back.

Nick Saban told CBS that he will find out more about Young’s injury in the coming days.