HomeSportsBrewers fan goes all out for a foul on the final day...
Sports 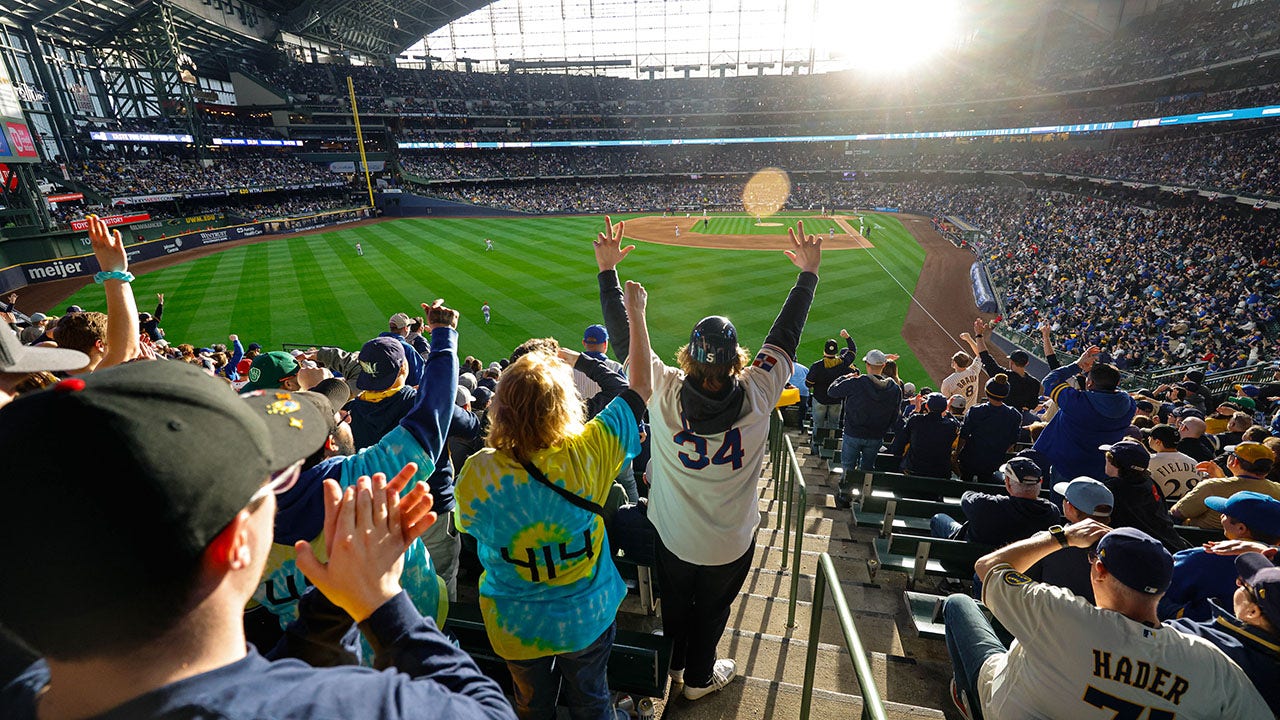 On the final day of the Major League Baseball regular season, a fan left it all on the line.

The Milwaukee Brewers hosted the Arizona Diamondbacks in the final home game of the season, and one fan wanted to make sure they left American Family Field with a souvenir on Wednesday.

A man in a blue Robin Yount T-shirt and camo Green Bay Packers cap appeared to lunge over three rows in a valiant attempt to catch a foul ball.

Some friends in the line in front of him didn’t seem to notice the attempt, while a woman and another man in the line where the man fell were slightly startled but laughed. Yount, a Gold Glove winner in 1982, may have made the play.

Arizona would pick up the 4-2 victory over Milwaukee. Second baseman Josh Rojas and left fielder Corbin Carroll each homered. Pavin Smith and Christian Walker went 3-for-4 that day.

Rowdy Tellez of the Milwaukee Brewers is congratulated after hitting a home run during the eighth inning of a baseball game against the Arizona Diamondbacks on Wednesday, Oct. 5, 2022, in Milwaukee.
(AP Photo/Morry Gash)

Rowdy Tellez hit a solo home run and Tyrone Taylor had another RBI for the Brewers.

Arizona finished the 2022 season with a 74-88 record, 22 wins better than last season. The team finished fourth in the NL West, just ahead of the Colorado Rockies and seven games behind last year’s division winner, the San Francisco Giants.

A general view of American Family Field as fans cheer during the game between the St. Louis Cardinals and the Milwaukee Brewers on Thursday, April 14, 2022, in Milwaukee.
(Photographs by Jeffrey Phelps/MLB via Getty Images)

The Brewers finished 86-76, missing the playoffs by one game. The team won the NL Central division last year.