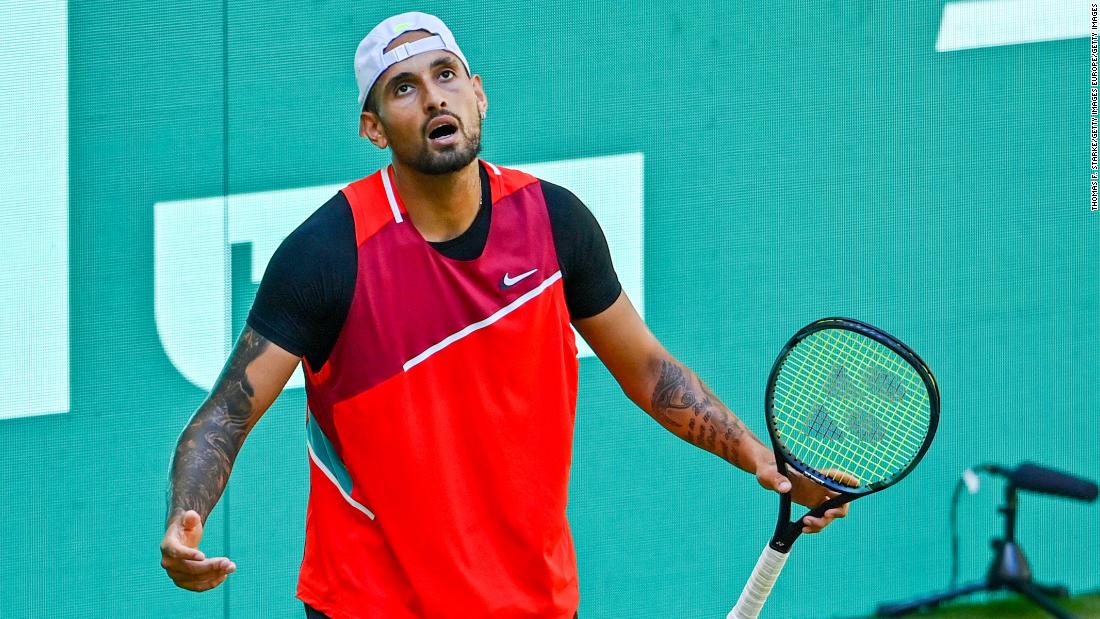 The 27-year-old Kyrgios broke his racket after losing the first set and then confronted the referee after a time violation was handed down for taking too long between points.

The Australian continued his tirade from his chair, arguing that he needed to clean his hands before playing.

“He said I was playing too slow, statistically I am one of the fastest,” Kyrgios told reporters after reaching the quarterfinals of the tournament in Germany.

“I had to walk to the sidelines to get my towel, there’s a thing called 30 degree celsius sweat that falls on your hands. I needed to clean my hands and he gave me a warning.”

Despite the heated exchange, Kyrgios regained his composure to win the next two sets, claiming a 5-7, 6-2, 6-4 victory against his Greek opponent.

He delighted the crowd with some dazzling shots during the competition, a reminder of what makes him such a dangerous player on grass.

“The support I get from crowds all over the world is incredible. They want me to go out there and put on a show,” he added.

“I’m happy that I can continue to produce this level with the tournaments I play. It’s a testament to how hard I work when I’m not playing.”

Kyrgios, whose on-court outbursts often make him a divisive figure among tennis fans, is unseeded in the tournament but now faces Spaniard Pablo Carreno Busta in the next round on Thursday.