An Olympic champion hopes runners learn from his head injuries 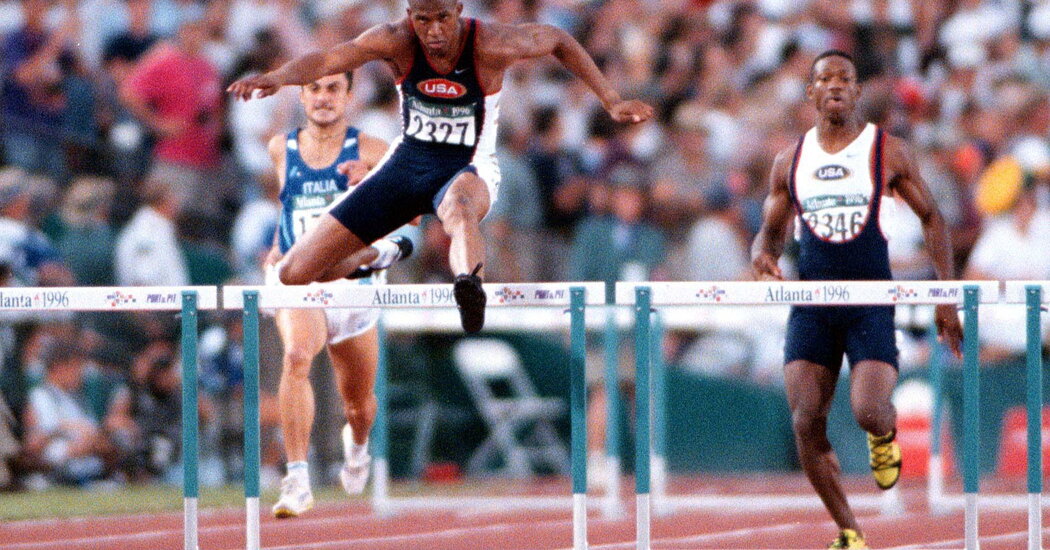 Adkins’ story is a cautionary tale, though, especially as indoor track season kicks off and runners of all ages and speeds start overcoming obstacles again. Hurdlers run so fast these days that they can lose coordination as they prepare to jump, leading to painful high-speed crashes.

“Concussions became a much bigger problem,” Hurt said. “The chance of a concussion is low, and it would be a rare occurrence, but any time a child falls and hits their head, it’s something to worry about.”

Running backs at St. John’s and other colleges and high schools take a cognitive test before the season so that if they do experience a head injury, there is a baseline against which to compare their brain function when coaches determine if they are ready to compete. again.

Some runners are being more careful around obstacles in rainy or windy conditions. Grant Holloway, a silver medalist in the 110m hurdles at the Tokyo Olympics, was criticized for pulling out of a race in Bermuda in April due to high winds. Adkins said Holloway had made the right decision.

And yet, as Adkins has begun to speak publicly about his experiences, he’s still finding that many runners and coaches rarely think about head injuries and the lasting damage they can cause. Track athletes, he said, will spend months recovering from a strained muscle, but they won’t think about running or pole vaulting with a foggy head or dizziness. Your brain is more important than your hamstring; treat it that way.

“My message is that if an athlete hits their head, even once, they should have their head checked, preferably through a brain scan,” Adkins said. “Don’t examine or treat bodily injuries alone like my trainers did with me. Also examine the head and be alert to the fact that emotional difficulties may arise, not just a headache.”