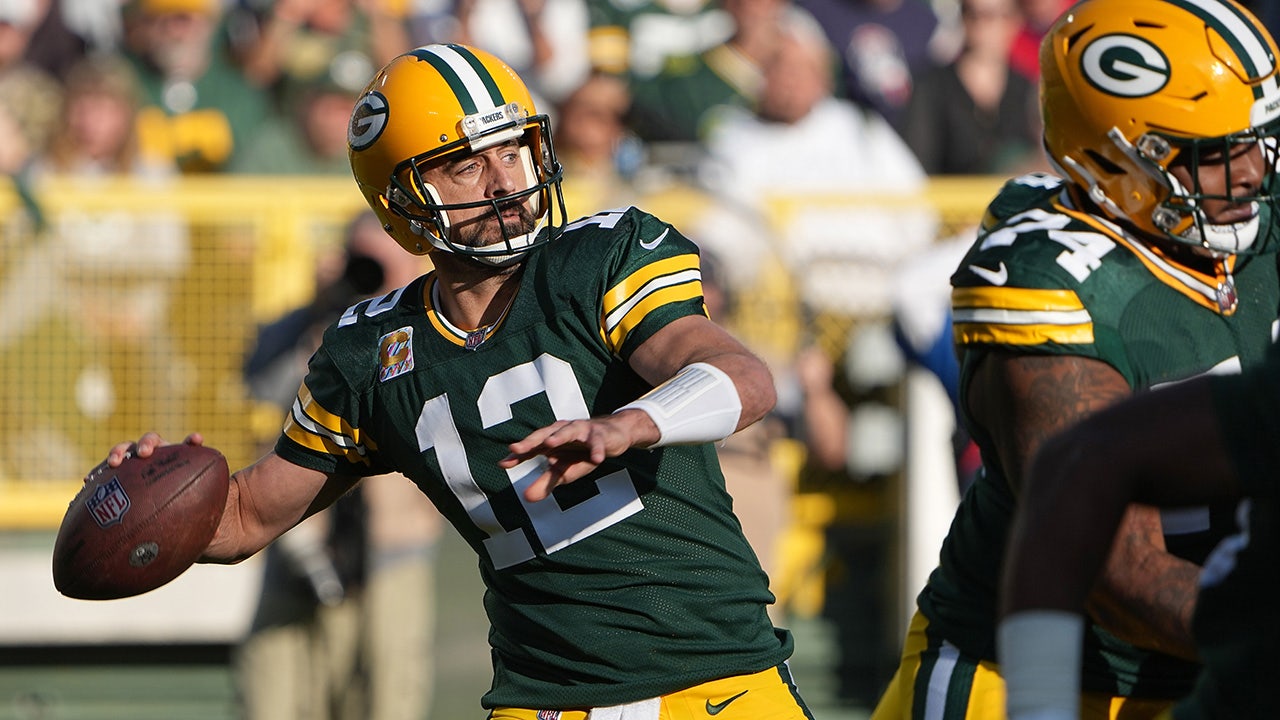 For a moment, it looked like the New England Patriots were going to pull off a big upset against Aaron Rodgers and the Green Bay Packers behind third quarterback Bailey Zappe.

However, a 13-yard touchdown pass from Rodgers to Romeo Doubs and a game-winning 31-yard field goal from Mason Crosby in overtime carried Green Bay to a victory and a 3–1 record.

Rodgers’ first half wasn’t ideal. The Packers trailed 10-7 after a Pick Six by Jack Jones. He really had to step up to help salvage the victory and he did. He was 21-for-35 with 251 passing yards, two touchdown passes and an interception. He was only fired once.

He told reporters after the game that type of play would not help them win games in the future.

“This way of winning, I don’t think, is sustainable because it puts too much pressure on our defense,” he said, via ESPN. “And obviously, I have to play better and I will play better.”

Rodgers admitted that he had to pick himself up at halftime. He said he had a pep talk with himself and offensive lineman David Bakhtiari.

“I’ve been a great player for a long time,” he said, via the team’s website. “There’s not much I need to tell myself. Just play better.”

Green Bay will have a tough week with London on the schedule for Week 5. The Packers will play an upstart New York Giants team, who are also 3-1.

Share
Facebook
Twitter
Pinterest
WhatsApp
Previous articleThe Russian army gives up tens of miles to the Ukrainian advance days after claiming annexation
Next articleGet a flu shot this fall: Here’s why doctors are urging everyone to get a flu shot
RELATED ARTICLES
Sports