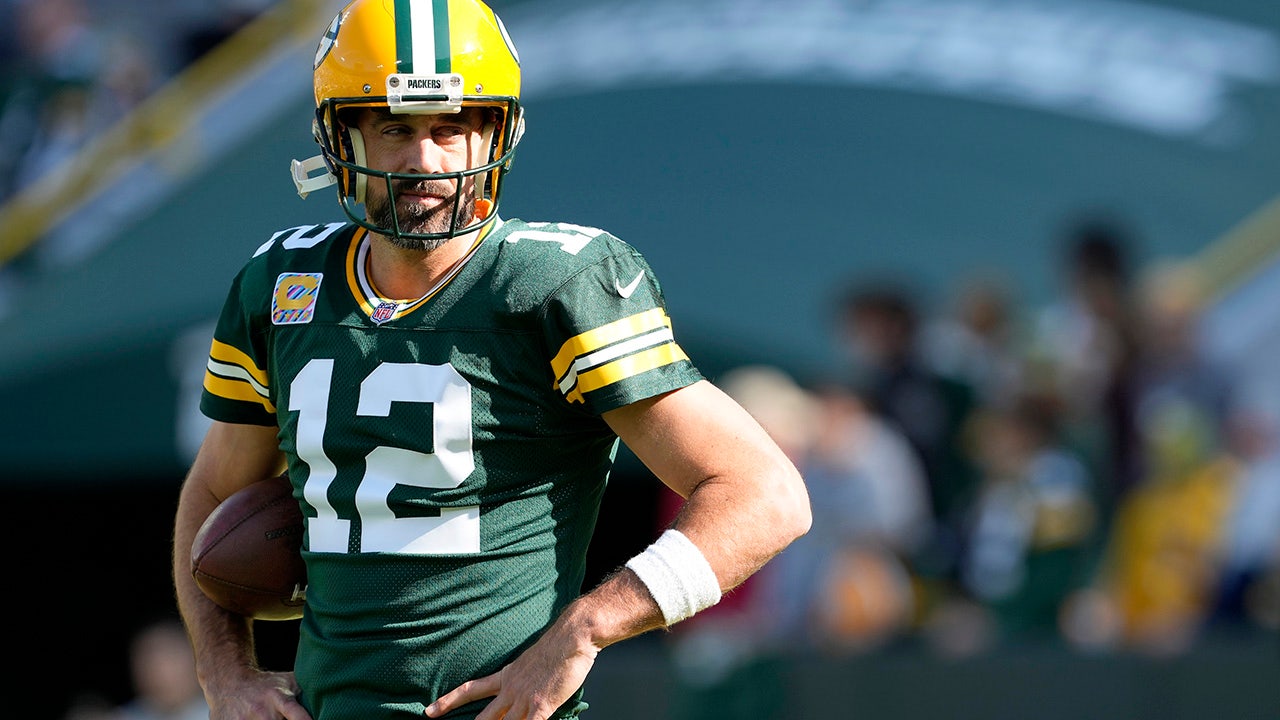 Green Bay Packers quarterback Aaron Rodgers may have helped the team to a win over the New England Patriots on Sunday, but his frustrations with the offensive line were on display.

With about 10:54 left in the fourth quarter and the Packers trailing 24-17, Rodgers and the Packers would try to run the rushed offense and get a snap snap before the Patriots could call a timeout. But the play didn’t go as quickly as Rodgers wanted.

Rodgers was heard yelling at his center Josh Myers to “tear the damn ball up.”

Tony Romo, the CBS color commentator, gave a hilarious translation of what Rodgers was saying to his team.

“Did you hear that? He said, ‘You guys need to get the ball out a little faster,'” Romo said.

On the same drive, Rodgers would find Romeo Doubs for a 13-yard touchdown pass to help tie the game 24-24. Mason Crosby would ultimately win it for Green Bay in overtime.

Rodgers had 251 passing yards, two touchdown passes and an interception. His other touchdown pass was to Robert Tonyan. Doubs had five catches for 47 yards and Tonyan had two catches for 22 yards. Allen Lazard led the way with six receptions for 116 yards.

Aaron Rodgers of the Green Bay Packers looks on before the game against the New England Patriots at Lambeau Field on October 2, 2022, in Green Bay, Wisconsin.
(Patrick McDermott/Getty Images)