HomeSportsAaron Judge vs. Shohei Ohtani: Why it's hard to decide the...
Sports 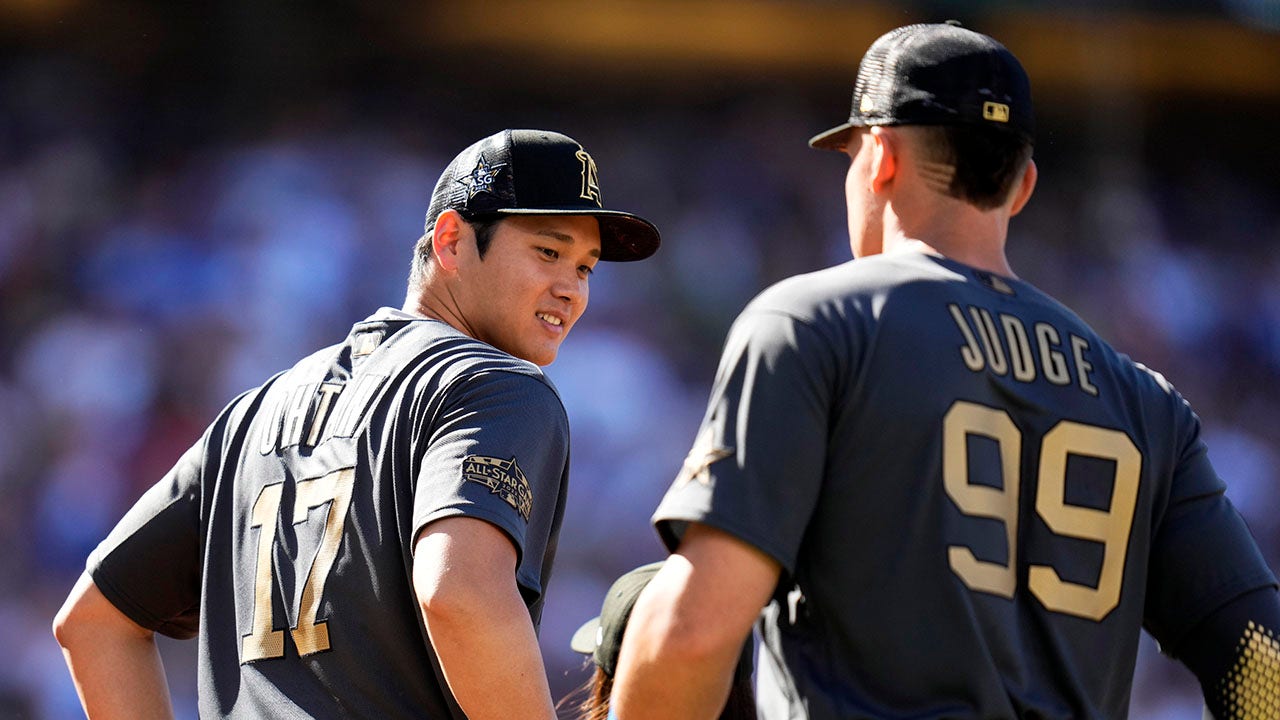 Either Aaron Judge or Shohei Ohtani will win the AL MVP award, and there’s no close third.

The fate of the award rests in the hands of 30 voters, two representatives from each American League city, who wrote and submitted their votes on Wednesday. The winner will be announced next month.

It is almost impossible to decide who should win.

Judge broke Roger Maris’ American League record for the most home runs in a single season, hitting his 62nd home run on Tuesday night. Considering Barry Bonds, Mark McGwire, and Sammy Sosa’s ties to using PEDs when they pulled off the feat, many would argue that Judge is the true all-time leader.

American League stars Aaron Judge of the New York Yankees, right, and Shohei Ohtani of the Los Angeles Angels line up before the MLB All-Star Game against the National League All-Stars at Dodger Stadium in Los Angeles on July 19, 2022.
(Keith Birmingham/MediaNews Group/Pasadena Star-News via Getty Images)

But Ohtani is still a unicorn. He is not only the “Japanese Babe Ruth”, but he is doing things that Ruth didn’t even come close to achieving.

This season, Ohtani became the first player to qualify for the MLB batting and pitching leaderboards.

That’s amazing in and of itself, and he’s elite at both.

The vote will come down to who the 30 voters think is more impressive, and both players can easily argue.

New York Yankees’ Aaron Judge (99) steps up to the plate as his teammates come out to congratulate him after he hit a solo home run, his 62nd of the season, against the Texas Rangers in Arlington, Texas, on Tuesday, March 4. October 2022. .
(AP Photo/Tony Gutierrez)

Of course, the term “most valuable” has a different definition. Today, there are many in the field that if Ohtani is going to do both well, he should be the MVP every year. But is that the “most valuable player”?

It’s rare that an MVP award goes to a player on a bad team. But a player’s value doesn’t rise or fall based on a team’s skill or lack thereof.

Sure, without Aaron Judge, the Yankees probably won’t make the postseason. The Angels did not make the postseason. But what else could Ohtani have done? He certainly did his job…or jobs. Blame the other 24 Angels guys not named Mike Trout. This is not basketball, where one player may be solely responsible for the long-term success of a team. No player has more of an impact on a game than Ohtani when he’s on the downswing.

Well, the Yankees had the best rotation and bullpen in baseball, Giancarlo Stanton and Jose Treviño were All-Stars, Anthony Rizzo and Gleyber Torres were arguably stripped of All-Star spots, and Matt Carpenter became the best player ever. time. But, in August, Torres was one of the worst players in baseball while Stanton, Rizzo, Carpenter, DJ LeMahieu and others were injured, forcing a Triple-A lineup behind Judge.

Shohei Ohtani of the Los Angeles Angels hits a two-run home run in the third inning against the Detroit Tigers at Angel Stadium of Anaheim on September 5, 2022 in Anaheim, California.
(Meg Oliphant/Getty Images)

Now, let’s take a look at the Angels, who primarily had Trout and Ohtani hitting in the top three all year. The Angels’ 4-9 hitters had baseball’s worst combined OPS (.609) and second-worst average (.213) on the season.

Sure, the Angels won just 73 games. But without Ohtani and Trout, they’d be lucky to win 60. Again, being on a bad team doesn’t diminish the value.

At the same time, if Judge wasn’t in the lineup, how many games would the Yankees win in August instead of their measly eight? Who knows? But if you think it should go to “best player on the best team,” ask yourself who would be the MVP if Judge and Ohtani traded teams.

But what is more valuable?

There is no wrong answer.

Please note that they can be tied. They can split 15 first place votes. That would be the first time two players have shared an MVP award since Willie Stargell and Keith Hernandez in 1979.

It will all come down to what 30 people think is most impressive and valuable: possibly the best clean offensive season in baseball history, or a season on the mound and at the plate that has never been done and probably never will be repeated.