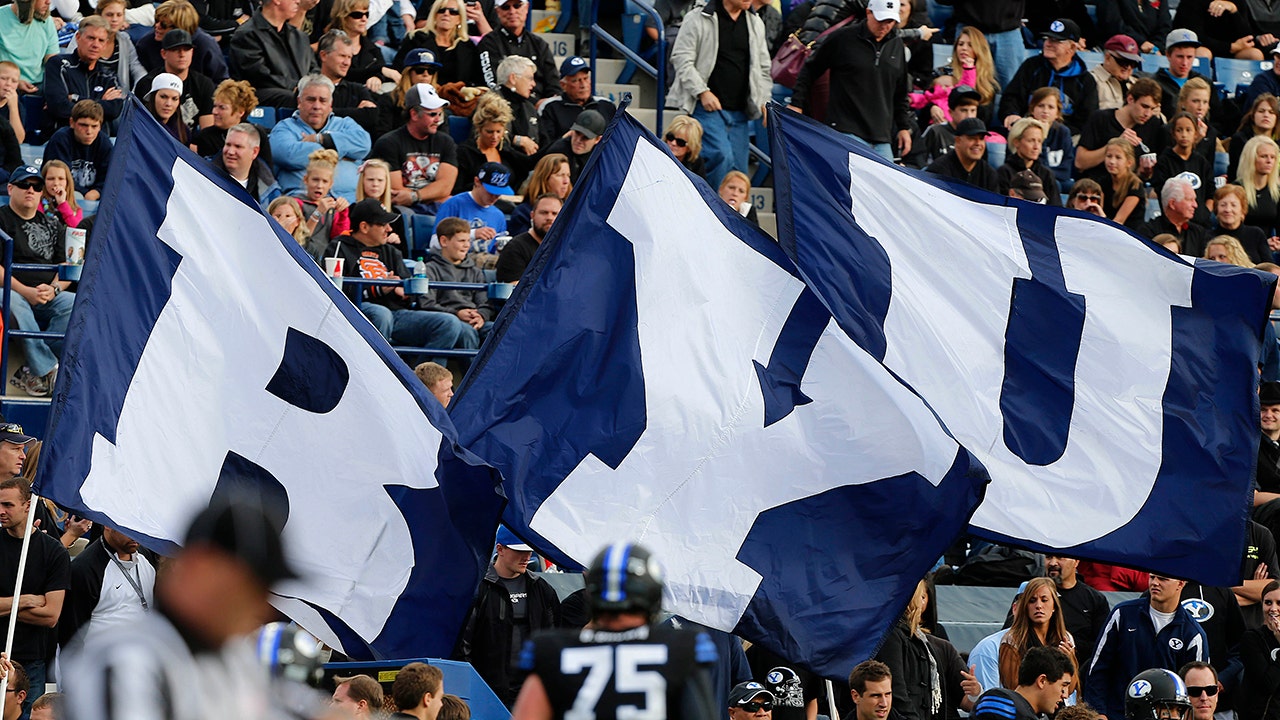 Less than a month after a Duke University women’s volleyball player made unproven claims that a member of the crowd at Brigham Young University used racial slurs toward her, the Utah school received another complaint about racism in a sporting event.

Five female soccer players on a visiting team allege that before a game at BYU in 2021, students called them the N-word while they were kneeling during the national anthem.

Flags fly during a game between the BYU Cougars and the Oregon State Beavers at LaVell Edwards Stadium in Provo, Utah on October 13, 2012.
(George Frey/Getty Images)

The players were protesting racial and social injustice when they heard the screams from the crowd.

“I just remember there was a constant chant of ‘Stand up, N-words’ during the anthem and right after,” one of the players told The Guardian anonymously. “And when BYU’s coaching staff was brought to their attention, there was no real response or sense of alarm.”

Four of the woman’s teammates also spoke anonymously, saying they heard the chants.

“I was disappointed but not surprised. The backlash for taking a knee was not new to our group. But hearing that in person was shocking,” the player added. “I think both the fans and the coaching staff were aware that we would not be canceling the game after the incident, which once again shows that this could be part of a larger cultural issue within BYU as an institution.”

A general view of LaVell Edwards Stadium in Provo, Utah, before a game between the Utah Utes and the Brigham Young Cougars on September 9, 2017.
(Gene Sweeney Jr/Getty Images)

“[At] the match, which took place [in 2021]BYU responded to a concern from [visiting team] about the reaction of the fans when the players knelt during the national anthem. A public announcement, similar to the one made earlier, reminding fans to be respectful, was repeated, and the game continued. We are not aware of any additional concerns arising during gameplay or at any time afterward. As we have said, BYU will not tolerate racism in any form,” Jon McBride, BYU associate director of media and communications strategy, said in a statement.

The BYU Cougars fire up to take on the Florida State Seminoles in the Division I Women’s Soccer Championship at Stevens Stadium in Santa Clara, California on December 6, 2021.
(Jamie Schwaberow/NCAA Photos via Getty Images)

BYU revealed that it had “found no evidence” that fans engaged in “racial disruption” at the Duke-BYU women’s volleyball game.