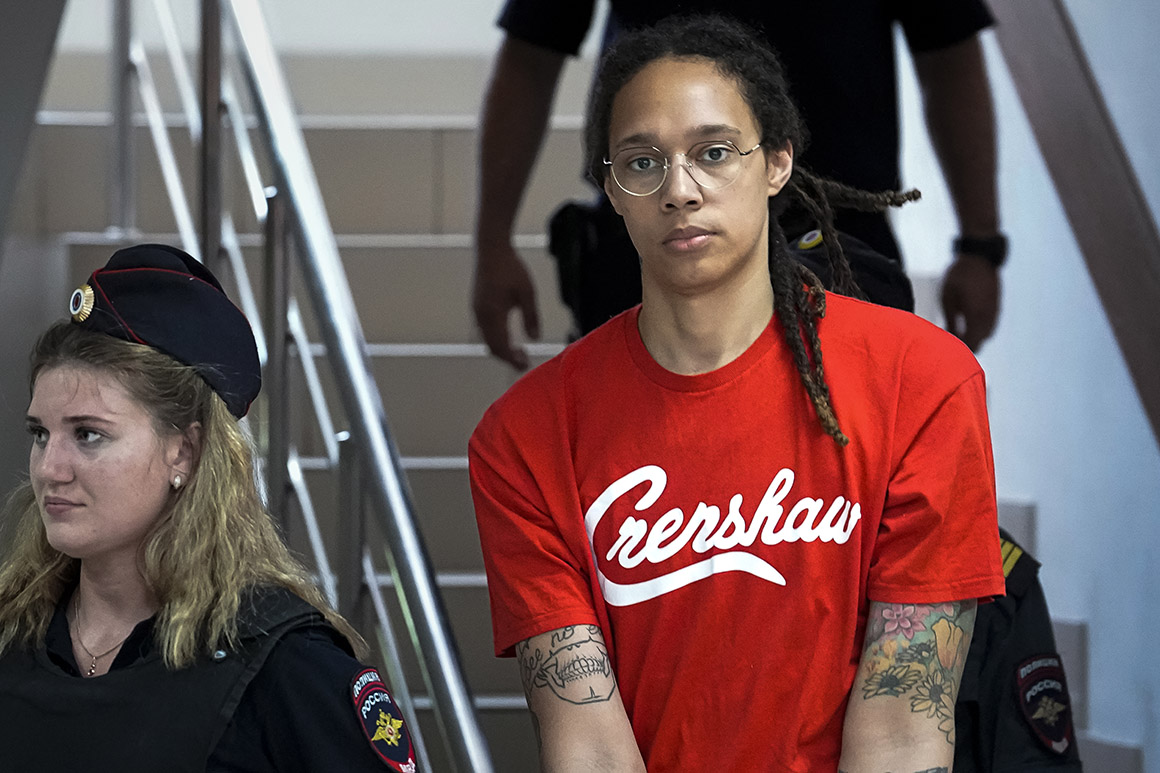 Pleading guilty during the earlier court hearing on July 7, Griner said he had no intention of committing a crime and had acted unintentionally because he packed for Moscow in a hurry.

US President Joe Biden and Secretary of State Antony Blinken have said they were doing everything they could to secure the release of Griner, as well as other Americans the US considers “wrongfully detained.” by Russia, including former Marine Paul Whelan.

However, Washington may have little leverage with Moscow due to strong animosity over its military operation in Ukraine.

Russian media have speculated that Griner could be traded for Russian arms dealer Viktor Boutnicknamed “the merchant of death”, who is serving a 25-year sentence in the United States after being convicted of conspiring to kill American citizens and aiding a terrorist organization.

Russia has campaigned for Bout’s release for years. But the wide discrepancy in the severity of their cases could make such trade unpleasant for Washington. Others have suggested that Griner could be traded along with Whelan, who is serving 16 years in Russia for an espionage conviction that the United States has described as staged.

Griner’s designation as wrongfully detained by the State Department puts her case under the supervision of its Special Presidential Envoy for Hostage Affairs, effectively the government’s chief hostage negotiator. The classification has irritated Russia.

Asked about the possibility of Griner being swapped for a Russian imprisoned in the US, Deputy Foreign Minister Sergei Ryabkov, the senior Russian diplomat, noted that until her trial is over “there are no formal or of procedure to talk about other steps”.

Ryabkov warned that American criticism, including the depiction of Griner as unjustly detained and disparaging comments about the Russian judicial system, “make it difficult to engage in a detailed discussion of any potential exchange.”

Griner’s detention has been authorized until December 20, suggesting the trial could last for months. Griner’s attorneys, however, said they expect it to be concluded by early August.