White House criticizes Florida’s parental rights bill as it goes into effect: ‘This is discrimination’ 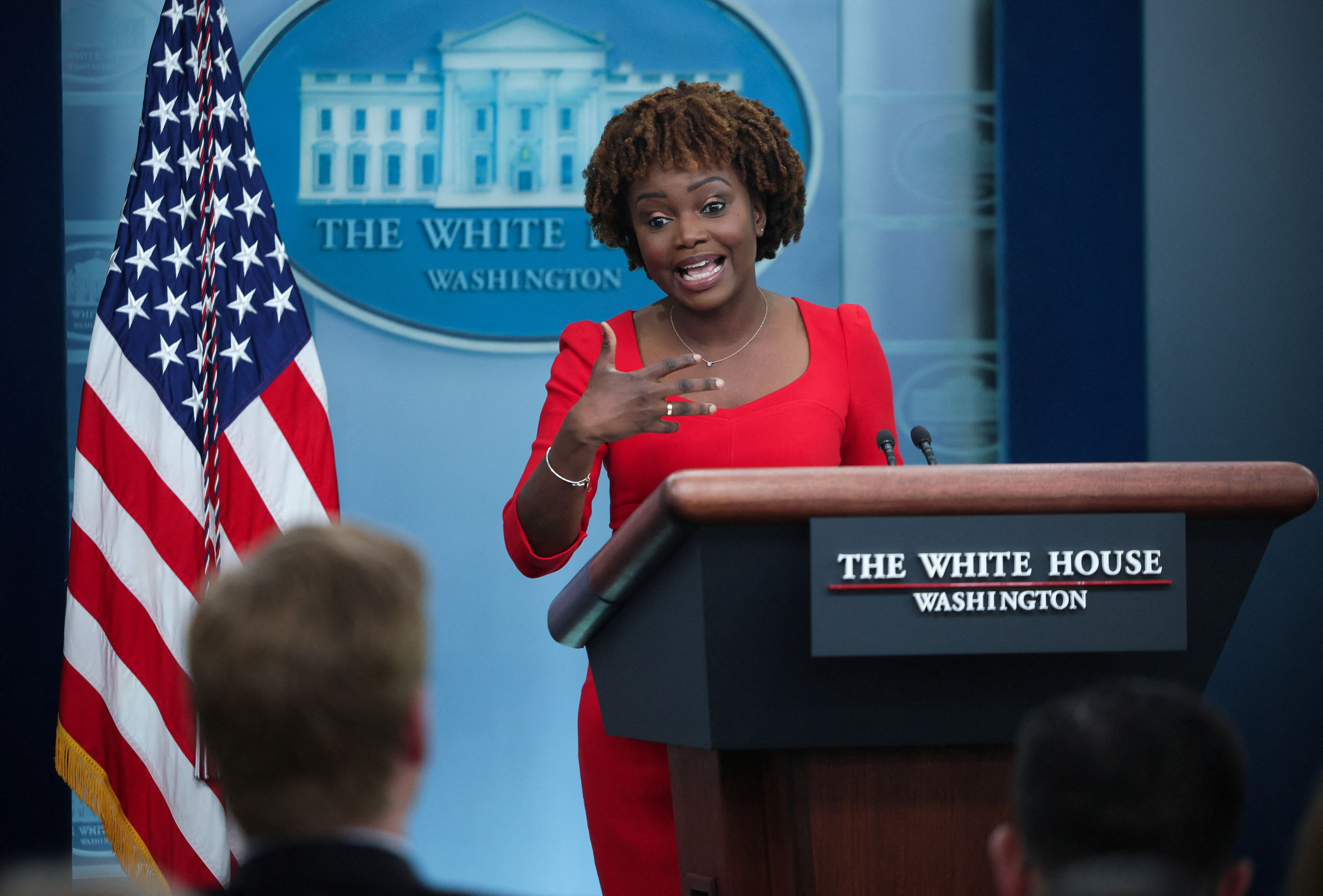 The White House criticized Florida’s parental rights bill when it went into effect Friday, calling the measure “discrimination” and part of a “disturbing and dangerous” trend across the nation of Republican politicians “cynically attacking LGBTQI+ people” to “score political points”.

Florida Gov. Ron DeSantis signed the bill into law in March that would bar teachers from giving classroom instruction on “sexual orientation” or “gender identity” from kindergarten through third grade.

DEMOCRATS CLAIM FLORIDA IS PUSHING THE “DON’T SAY GAY” BILL. THIS IS WHAT THE LEGISLATION REALLY SAYS

White House press secretary Karine Jean-Pierre criticized the measure when it took effect Friday, saying some of Florida’s “most vulnerable students and families are more fearful and less free.”

“As the state’s shameful ‘Don’t Say Gay’ law takes effect, state officials who claim to uphold freedom are limiting the freedom of their fellow citizens simply to be themselves,” he said. “There have already been reports of ‘Safe Space’ stickers being removed from classrooms. Teachers are being told not to wear rainbow clothing. LGBTQI+ teachers are being told to remove family photos of their husbands and wives, cherished family photos like the ones on my own desk.

Jean-Pierre said this “is not a ‘parental rights’ issue.”

“This is discrimination, plain and simple,” he said. “It’s part of a disturbing and dangerous national trend of right-wing politicians cynically targeting students, educators, and LGBTQI+ individuals to score political points.”

“Censorship of dedicated teachers and educators who want to do the right thing and support their students,” he said. “And it must stop.”

Jean-Pierre said that President Joe Biden “has been very clear that all students deserve to feel safe and welcome in the classroom.”

He announced that the Department of Education plans to monitor the law, saying “any student or parent who believes they are experiencing discrimination is encouraged to file a complaint with the Department’s Office for Civil Rights.”

“Our Administration will continue to fight for the dignity and opportunity of every student and family, in Florida and across the country,” he said.

The initial bill was dubbed the “Don’t Say Gay” bill by Democrats who falsely claim that it bans any discussion related to being gay in the state’s schools.

The law prohibits classroom instruction on “sexual orientation” and “gender identity” with children in third grade or younger, “or in a manner that is not age or developmentally appropriate according to standards state”.

It also does not require schools to notify parents of information about a student’s mental, emotional, or physical well-being “if a reasonably prudent person would believe that disclosure would result in abuse, abandonment, or neglect.”

The law requires school districts to adopt procedures that “reinforce the fundamental right of parents to make decisions about the upbringing and control of their children in a specific manner” and prohibit classroom instruction, not casual discussion, about ” sexual orientation” and “gender”. identity” with children in third grade or younger, “or in a way that is not age- or developmentally appropriate according to state standards.”

The law also requires school districts to notify a student’s parents if there is a change “in the student’s services or control related to the student’s mental, emotional, or physical health or well-being and the school’s ability to provide safe and supportive learning. environment for the student,” and prohibits schools from “encouraging a student to withhold” such information from parents.

The law also requires school districts to notify parents of each health care service offered at their student’s school, and the option to deny consent or decline any specific service, requires that parents be able to access educational records. or health records of your child maintained by the school, and require the school to obtain parental permission before administering a wellness questionnaire or health screening to students in kindergarten through third grade.