HomePoliticsWhat to know about the Georgia Senate race and Herschel Walker's abortion...
Politics 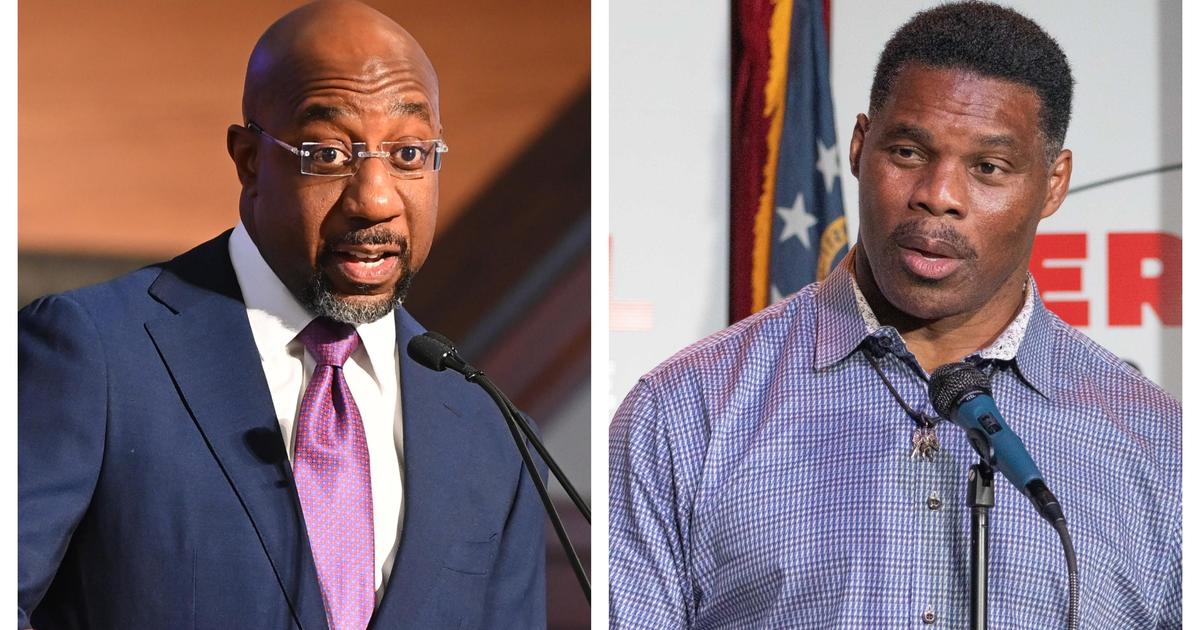 Herschel Walker, the Republican candidate to unseat Democratic incumbent Sen. Raphael Warnock in Georgia, this week denied reports that he had paid for a woman’s abortion in 2009.

Walker has vehemently denied the story, calling it an “outright lie” and threatening to sue the outlet. CBS News has not confirmed the allegations and reports of the daily beast.

Walker will make his first public appearance since the allegations surfaced at a campaign event about three hours outside Atlanta on Thursday.

The Senate race had already been one of the most closely watched of the 2022 cycle. The race features a black Democratic incumbent in a state that hadn’t elected a Democrat to the Senate since 1996, until it elected two in 2020. And the state had never elected a black senator before Warnock won his special election in 2020.

Here’s what you need to know about the race and the latest allegations:

What races are on the ballot?

One of Georgia’s Senate seats is on the ballot on November 8, just under two years after the state’s two high-stakes Senate runoffs in January 2021 decided control of the Senate. Herschel Walker is the Republican challenger to Democratic Senator Raphael Warnock. Both parties are once again hoping their respective paths to a Senate majority will pass through Georgia, where more than $243 million has been spent on ads this cycle, according to ad-tracking firm AdImpact. Also on the ballot in Georgia is the gubernatorial race, where incumbent Republican Governor Brian Kemp is locked in a 2018 rematch with Democrat Stacey Abrams.

Why is the GOP so optimistic about Georgia?

It all comes down to control of the Senate. Currently, the Senate is split 50-50 but Democrats are in control thanks to the vice president providing the tiebreaker vote. But with 35 seats up for re-election in November, Republicans hope they can regain control. That’s where Georiga comes into play. A victory in Peach State could be what puts Republicans over the edge and back into the majority.

“Georgia was one of those who thought they could win, even with a not particularly good candidate,” conservative radio host Erick Erickson told CBS News. “And now that seems to be the one that is most in danger.”

President Joe Biden won Georgia in 2020 by just 14,000 votes, or just 0.3%, the first Democrat to win a presidential election since Bill Clinton in 1992. There was two Senate races held in the state in 2020 due to Sen. johnny isaacsonThe resignation of and the regularly scheduled race of Senator David Perdue. In the race for the Perdue seat, he led Jon Ossoff, 49.7% to 47.9%, after Election Day, but fell 0.3% short of the 50% needed to avoid a second round. Despite a last minute rally by Trump, Ossoff won in the second round.

As for the other seat, incumbent Senator Kelly Loeffler, who had been appointed to isakson’s seat – was forced into a runoff after a jungle primary after Warnock won 32.5% of the vote to 29.5% for Loeffler, even though there were 21 candidates in the race. Warnock ultimately prevailed in the January runoff.

Who is Herschel Walker?

Walker is best known for his Heisman Trophy-winning performance as a running back for the University of Georgia. He helped lead the team to win the National Championship in 1980 and then was inducted into the College Football Hall of Fame in 1999. After three years in Georgia, Walker went on to play professional football for both the now abolished USFL and for the NFL. It was during his time in the USFL that Walker met former President Donald Trump, a vocal supporter of Walker’s Senate race.

Walker announced his candidacy for the Georgia Senate race in August 2021, saying he “can’t sit on the sidelines anymore.” This is his first candidacy and he frequently invokes his status as an outsider to Washington on the campaign trail.

Why has Herschel Walker been in the news this week?

Walker is on the defensive following a new report by The Daily Beast that the Senate candidate, who has been an outspoken opponent of abortion rights, allegedly paid a woman he had been seeing to have an abortion in 2009. CBS News has not independently confirmed this payment. . The unidentified woman supported her claim with a $575 receipt from an abortion clinic and a $700 signed personal check from Walker to cover expenses. She said the daily beast who came forward because of Walker’s stance on abortion, saying, “I can’t take the hypocrisy anymore. We all deserve better.”

What has been your response?

Walker has denied the allegation. He tweeted “this is an outright lie” and “this is yet another disgusting ax work by a Democrat activist disguised as a reporter.” He added in the tweet that he plans to sue The Daily Beast for defamation, but Walker’s attorney, Robert Ingram, told CBS News, “We are currently considering our options, but no final decision has been made on the future handling of this matter.”

Walker attended a campaign event in Atlanta on Tuesday but did not allow media inside. His campaign has sought to return to the central themes of his campaign against Warnock: the rising cost of living and crime in Georgia. National Republicans have debunked the allegations:

Chairman of the Republican National Senatorial Committee, Senator Rick Scott matched Walker’s reported payment to sexual assault allegations against Supreme Court Justice Brett Kavanaugh at his confirmation hearings. That same committee added to its ad buying in Georgia on Tuesday, after the indictment against Walker came to light.

Who is Christian Walker?

Christian Walker is the adult son of Herschel Walker and is a notable conservative personality on social media and YouTube. The 23-year-old has previously shown his support for his father’s Senate candidacy, tweeting in December about presenting it at Mar-a-Lago and saying a year ago that “everyone is so excited for my dad Herschel Walker” to show up.

After The Daily Beast story broke, Christian Walker posted several tweets and videos asking his father to “stop the lies” and said “everyone in Herschel Walker’s family asked him not to run.” for the position, because we all knew (some of) His past.” christian walker seemed to corroborate some of The Daily Beast reports, in a video he said, “it’s literally his handwriting on the card.” After the initial series of publications by his son, Herschel Walker tweeted“I LOVE my son no matter what.”

What about the polls before this incident?

The latest CBS News Battleground Tracker poll, prior to the indictments, has the two candidates head-to-head, with Walker trailing incumbent Sen. Raphael Warnock by just two points. This puts the race in the “pull up” category.

What do the Republicans say?

Many Republicans are backing Walker realizing the importance of maintaining a united front ahead of the midterm elections in a bid to regain control of the Senate.

Scott issued a statement saying that Democrats “know they are about to lose the Senate and they know Herschel Walker is winning, so they have started the smear machine.”

Trump also issued a statement showing his support for Walker, a longtime friend, saying, “Herschel Walker is being smeared and smeared by the fake media and obviously by the Democrats.” He added, “It is very important to our country and the Great State of Georgia that Herschel Walker win this election.

What is your opponent saying?

Warnock is choosing to steer clear of the matter for now. During an event on Monday night when he was asked about the latest report from The Daily Beast, he told reporters: “I’ll let the experts decide how they think it will affect the race.”

Warnock, a pastor, has not avoided accusations during this career, with ads accusing him of domestic abuse. The accusations stem from a 2020 incident where Warnock he allegedly ran over his wife’s foot with a car and no charges were filed.

The pair will debate in Savannah on Friday, October 14. Abortion is likely to come up in the debate and this could be an opportunity for Warnock to make the case against Walker in a race that has grown increasingly personal.

What are Georgia voters saying?

“It’s a lot of partisanship and that people tend to side with the party at times over the person,” Whitney said. “In terms of the general population, I think people just vote directly with the party.”

Voters on both sides also expressed growing frustration with the frequent accusations against both candidates and the near-constant television ads running in the state about them.

“It’s unfortunate that we can’t talk about real issues that matter because we get distracted by people without integrity like Herschel Walker,” Amy Bruckman, a registered Democrat, told CBS News. “I think it hurts Republicans. I would like to see more dialogue on real issues between Democrats and Republicans.”