HomePoliticsUS inflation slowed sharply to 7.1% in the past 12 months
Politics

US inflation slowed sharply to 7.1% in the past 12 months 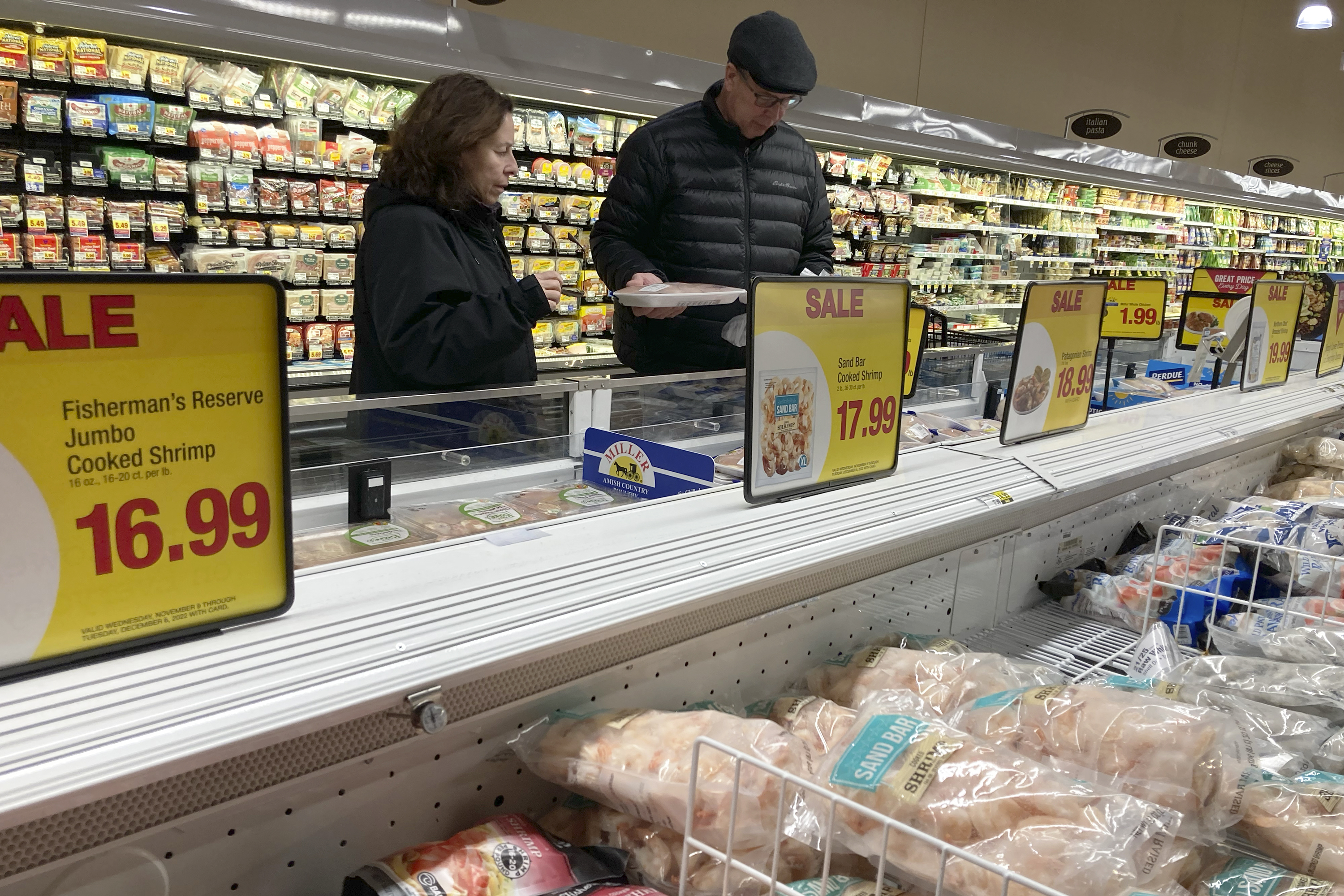 Even with the further easing of inflation last month, the Federal Reserve plans to continue raising interest rates. On Wednesday, the Fed will raise its benchmark rate for the seventh time this year, a move that will further increase borrowing costs for consumers and businesses. Economists have warned that if it continues to tighten credit to fight inflation, the Fed is likely to cause a recession next year.

The government report on Tuesday showed that inflation in November was held back by cheaper gasoline, electricity and used cars, among other items.

Several trends have begun to ease price pressures, although they may not be enough to bring headline inflation back to the levels Americans are used to anytime soon.

The national average for a gallon of regular gasoline it has sunk from $5 a gallon in June to $3.26 on Monday. Many supply chains have also been unraveled, helping to reduce the costs of imported goods and spare parts. Prices for lumber, copper, wheat, and other staples have fallen steadily, which tends to lead to lower construction and food costs.

To some economists and Fed officials, these numbers are a sign of improvement, even though inflation remains well above the central bank’s 2% annual target and may not reach it until 2024.

Fed Chairman Jerome Powell has said that it is following the price trends into three different categories to better understand the likely path of inflation: Goods, excluding volatile food and energy costs; housing, which includes rents and the cost of home ownership; and services excluding housing, such as automobile insurance, pet services and education.

In a speech two weeks ago in WashingtonPowell noted that there has been some progress in reducing inflation in goods and housing, but not in most services. Physical goods like used cars, furniture, clothing, and appliances have gotten ever cheaper since the summer.

Used car prices, which had soared 45% in June 2021 compared to a year earlier, have fallen for most of this year.

Housing costs, which make up almost a third of the consumer price index, continue to rise. But real-time measures of apartment rentals and house prices are starting to fall after seeing skyrocketing prices at the height of the pandemic. Powell said those drops will likely show up in government data next year and should help bring headline inflation down.

Still, the costs of services are likely to remain stubbornly high, Powell suggested. In part, that’s because the sharp increases in Wages are becoming a key contributor to inflation.. Service businesses, such as hotels and restaurants, are especially labor intensive. And with average wages growing at a brisk 5% to 6% per year, price pressures continue to mount in that sector of the economy.

“We want wages to rise strongly,” Powell said, “but they have to rise to a level that is consistent with 2% inflation over time.”

On Wednesday, the Fed is expected to raise its key short-term rate by half a point, after four consecutive three-quarter point increases. That would leave its benchmark rate in a range of 3.75% to 4%, its highest level in 15 years.

Economists expect the Fed to ease its rate hikes further next year, with quarter-point hikes in February and March if inflation remains relatively subdued.

Share
Facebook
Twitter
Pinterest
WhatsApp
Previous articleFrom Lee to Sandy! A guide for every captain in the ‘Below Deck’ franchise
Next articleElizabeth Warren and Peter Welch demand answers from Pfizer amid their reported plans to quadruple the price of the Covid vaccine.
RELATED ARTICLES
Politics