HomePoliticsUK Prime Minister Liz Truss is already in turmoil amid an economic...
Politics 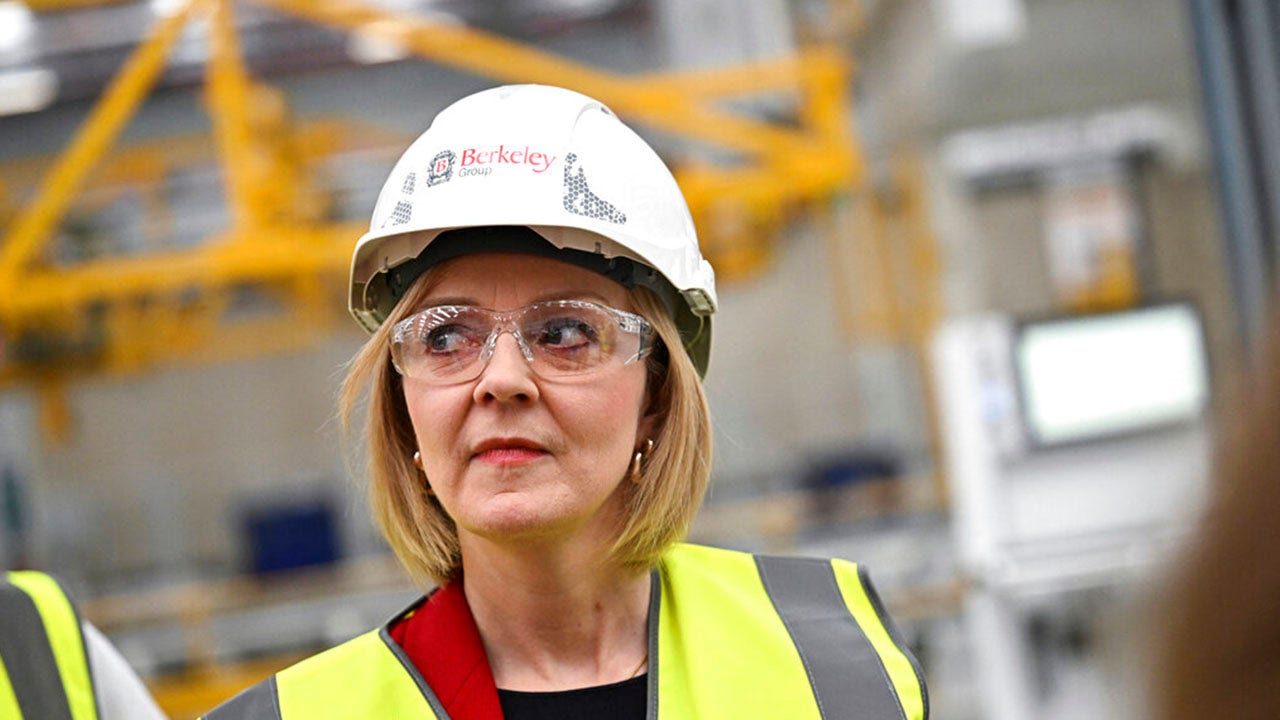 New UK Prime Minister Liz Truss has seen a dire start to her tenure at 10 Downing Street as a series of recently announced policies triggered economic turmoil and sent her Conservative Party’s poll figures to a free fall.

Truss won the Tory leadership contest last month, replacing resigning Boris Johnson as party leader and prime minister. He took office just days before the death of Queen Elizabeth II and as Britons across the country feared significant rises in energy prices, in part because of the war in Ukraine.

“People across the UK will have heard that their energy bills could go up to £6,000 and beyond. Families and businesses would be hit hardest by tax increases,” he told The Sun on Saturday. “I know how difficult it is and how worried people have been, so we had to act.”

BRITAIN’S PRIME MINISTER LIZ TRUSS: WHAT YOU NEED TO KNOW

“If we hadn’t stepped up, the cost would have been unthinkable and unforgivable,” he said.

But with the country facing high inflation of 10%, and exacerbated by the government’s refusal to release an accompanying budget analysis from Britain’s independent watchdog, the announcement spooked markets, causing the pound to plunge to an all-time low against the dollar. That immediately raised fears of more inflation, as well as risks to people’s mortgages, with many Britons holding two-year fixed-rate mortgages.

The pound’s nosedive forced the Bank of England to announce a $70 billion emergency measure to buy bonds to stabilize the pound, which so far appears to have stabilized the beleaguered currency and reinvigorated its value.

The storm has opened up a new political pain point for the Conservatives that the left-wing Labor Party has used to attack what has traditionally been one of the Conservatives’ strongest issues: managing the economy. Leader Keir Starmer, a centrist who has brought the party to the center after predecessor Jeremy Corbyn’s radical left leadership, criticized the government this week over the issue.

“The government has lost control of the British economy, and for what? They have crashed the pound, and for what? Higher interest rates. Higher inflation. Higher debt. And for what? Not for you. Not for workers. For tax cuts for the richest 1% of our society,” he said in a speech at the conference. “Don’t forget. Don’t forgive.”

The impact on Truss’s political fortunes was compounded by two polls showing support plummeting, with a YouGov poll finding Labor now holding a whopping 33-point lead over the Conservatives. If accurate, the poll would point to the kind of electoral thrashing last seen in 1997, when Tony Blair’s Labor Party ousted the Tories in a landslide and exiled them from office until David Cameron entered No. 10 in 2010.

Meanwhile, Truss is reportedly facing complaints with her own cabinet over plans to increase legal immigration to the country, despite earlier promises by Conservatives to lower overall immigration levels. Some analysts warn that Truss risks losing the support that former Prime Minister Johnson found in traditionally Labor strongholds in the north and elsewhere by taking a more populist approach focused on Brexit and areas outside London.

“These policies seem designed to confirm many people’s worst instincts about the Conservative Party, cementing an image of the ruling party as siding with a very small, wealthy, London-centric elite of bankers and HNWIs who never cared.” really by leveling the rest of the country and I never really saw a problem with relying heavily on London, the City and the South East,” British pollster and academic Matthew Goodwin wrote in a review this week.

On Saturday, the situation worsened for Truss when rail unions shut down trains with coordinated strikes while calling for wage increases with inflation. Meanwhile, even with government action cushioning the blow, energy bills rose on Saturday. The government announced that a typical household will pay around £2,500 a year, up from £1,971 last year. The government said that without the power caps it put in place, it would be £3,500 a year.

“It involves tough decisions and it involves short-term disruption.” truss said in the sun. “Not everyone is going to like what we’re doing, but I want to assure the public that the government has a clear plan that I think is right for the country.”

The government’s insistence on moving forward reportedly angered even Truss’s allies. The Times reported that a senior government figure was rebuffed when he suggested a change of course. That figure told the outlet that it was like “talking to crack addicts.”

Meanwhile, Labor officials, delighted at the disgrace of their political rivals, were reported to they were referring to the crisis as “the Truststerf—“.

Share
Facebook
Twitter
Pinterest
WhatsApp
Previous articleA victory for the left in the Brazilian elections could be the lifeline that Cuba and Venezuela need right now
Next articleTua Tagovailoa sends a positive update on Twitter: “I feel much better”
RELATED ARTICLES
Politics