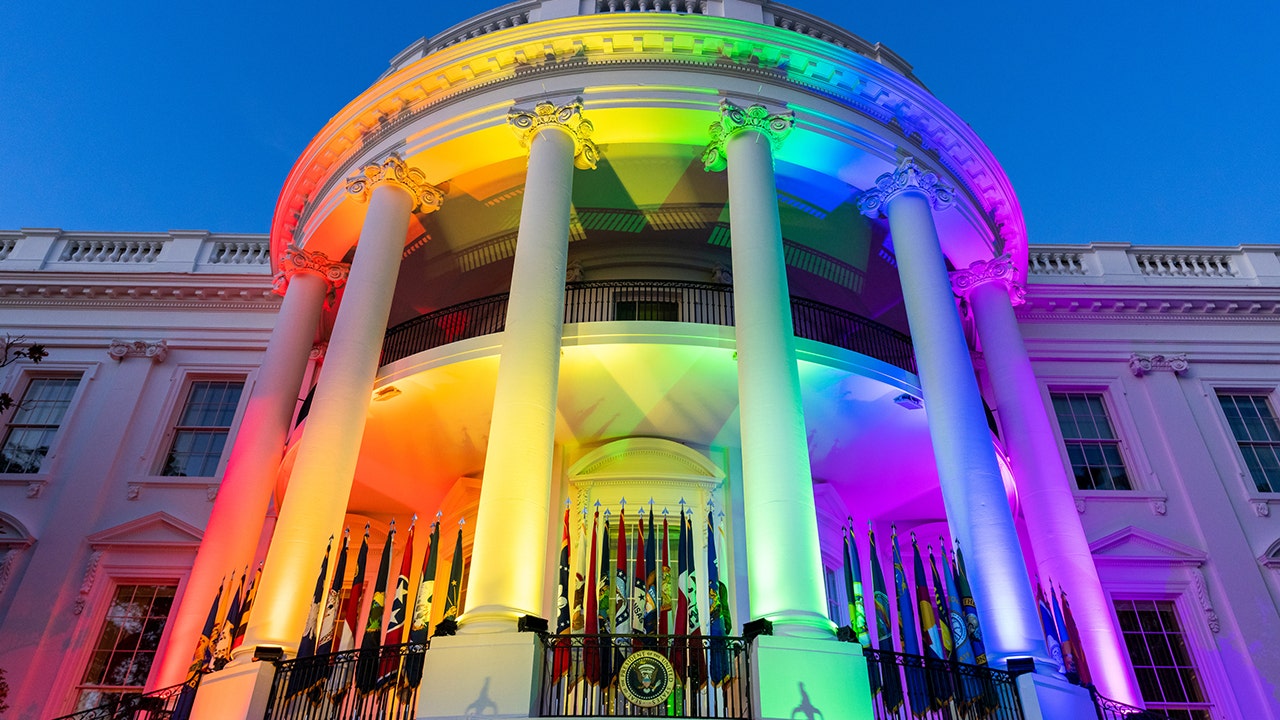 The White House glowed with the colors of the rainbow on Tuesday night, hours after President Biden signed the Respect Marriage Act into law.

Hours after the event, the White House shared a photo that glowed with the colors of the rainbow.

The LGBTQA+ community often uses the colors red, orange, yellow, green, blue, indigo, and violet as symbols to represent equality. The rainbow shone on the White House during the daytime ceremony.

During the ceremony, Biden denounced hate “in all its forms” and celebrated the new law.

“This law and the love it stands for strikes back against hate in all its forms,” Biden said during the ceremony on the South Lawn of the White House on Tuesday afternoon. “And that’s why this law is important to all Americans.”

He added: “Racism, anti-Semitism, homophobia, transphobia, they are all connected. But the antidote to hate is love.”

The signing ceremony comes after lawmakers on both sides of the proverbial aisle worked to legislatively protect marriage after the US Supreme Court decided to overturn Roe v. Wade. Pelosi and Schumer thanked the attendees.

Pelosi said “internal maneuvering only gets us so far,” but then celebrated the new law and thanked activists for “their impatience, their persistence and their patriotism.”

Schumer added: “Thanks to the millions who spent years pushing for change, and thanks to the dogged work of my colleagues, my grandson will be able to live in a world that respects and honors his mother’s marriage.”

The new law is intended to keep gay marriage legal, should the US Supreme Court decide to overturn its 2015 decision in Obergefell v. Hodges, who legalized same-sex unions across the country. Similarly, the Respect for Marriage Act keeps interracial marriage legal should the Supreme Court review its 1967 decision in Loving v. Virginia, which struck down state laws prohibiting the action.