HomePoliticsThe USS Gerald Ford will be deployed for the first time next...
Politics 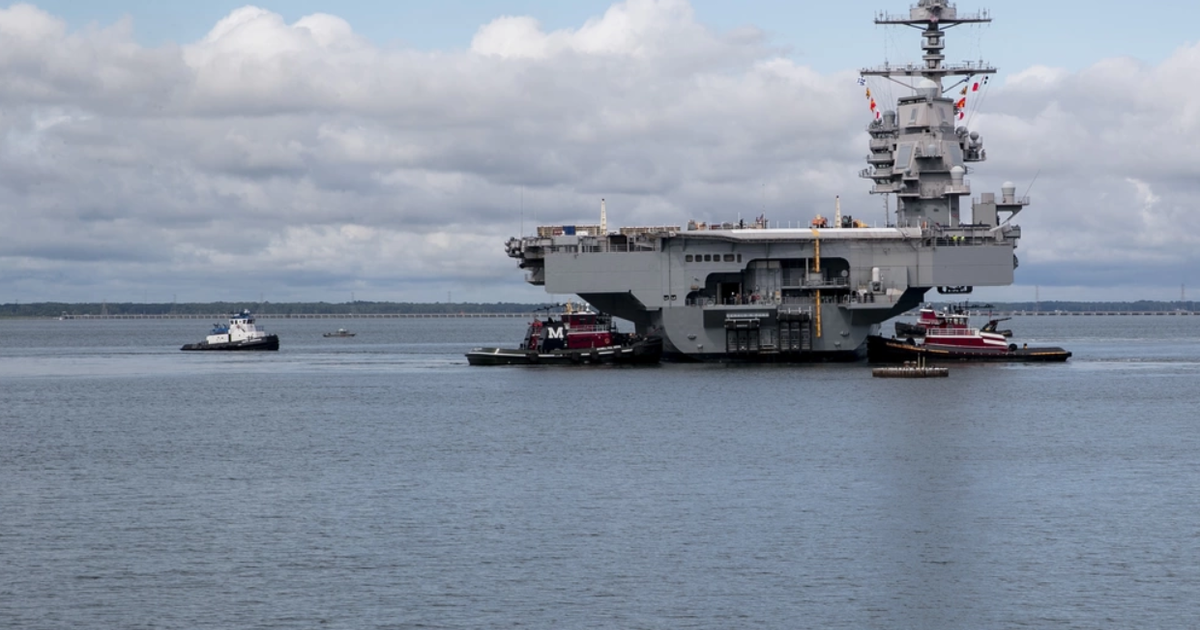 The lead ship in the Navy’s newest and most advanced class of aircraft carriers, the USS Gerald R Ford it will depart on its first operational deployment next week, after years of delays.

Five years after its commissioning, the Ford, which cost more than $13 billion, will soon get underway on a brief Atlantic deployment.

During the deployment, the carrier will exercise with allies across the Atlantic, allowing the Navy to better understand the new technologies Ford is incorporating, Vice Admiral Daniel Dwyer, commander of the 2nd Fleet, told reporters at a press conference. called earlier this week.

Ford is the first aircraft carrier to use an electromagnetic launch system (EMALS) to launch aircraft instead of a traditional steam-powered catapult. The new system allows the Navy to substantially increase the number of aircraft, by 25%, that can be launched on a given day.

Work on the carrier’s advanced electromagnetic weapons elevators used to move missiles and bombs onto the flight deck was plagued by technical problems for years before it was finally completed in December 2021.

Dwyer said the carrier has dozens of new technologies and the exercises in this deployment will help the Navy “really understand the new capabilities that come with this carrier, the first of its kind.”

The brief deployment, according to Dwyer, will include thousands of people from nine nations, 17 ships, a submarine and 60 US Navy aircraft.

This deployment is a “retained duty deployment”, meaning the carrier remains under the authority of the Chief of Naval Operations rather than under the geographic combatant commanders.

Dwyer said the concept of a “retained duty deployment” is not new, with previous aircraft carriers USS Nimitz and USS Enterprise using similar opportunities to exercise with allies and test capabilities before embarking on a global force management deployment. Ford is expected to make a longer deployment under that structure next year.

The Ford is the lead carrier in the Navy’s Ford carrier class, with the next carrier in its class, the USS John F. Kennedy, expected to be delivered to the Navy in 2024.