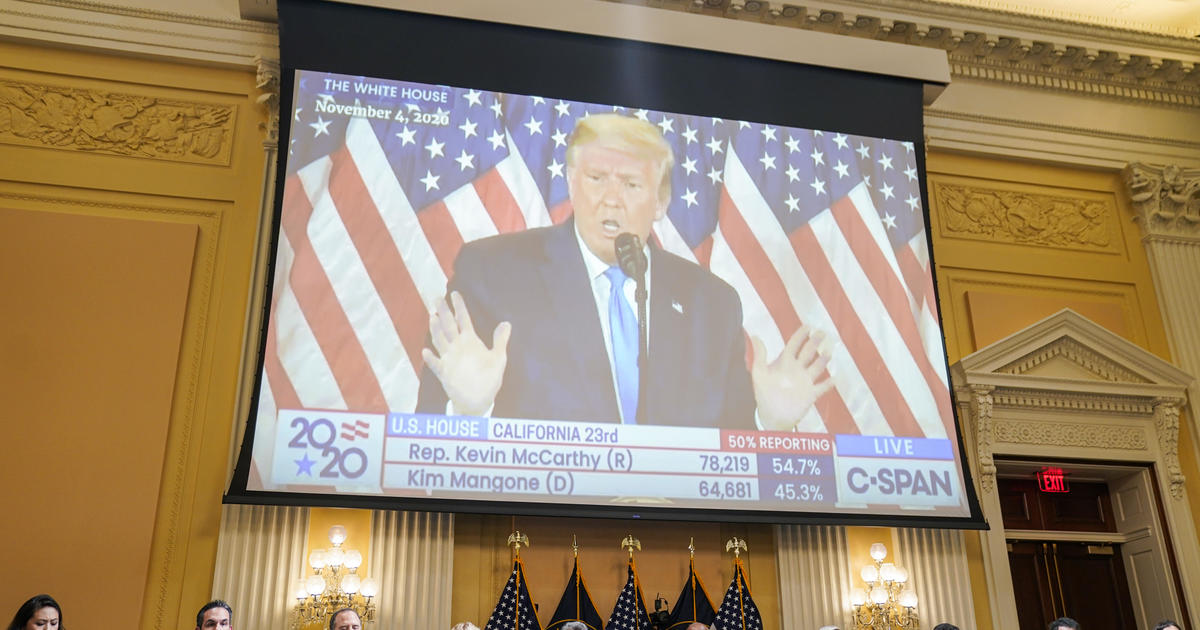 Washington- The House select committee investigating the January 6, 2021, attack on the US Capitol. It will likely meet publicly for the last time on Monday as it finalizes its investigation and prepares to release a final report of its findings.

During their business meeting, scheduled for 1 p.m., panel members are expected to vote to adopt their final report, as well as a subcommittee report on whom to send to the Justice Department for prosecution. Each of the nine committee members will also give brief presentations highlighting specific areas of their work over the past 18 months, Rep. Bennie Thompson, chair of the panel, told reporters.

The select committee is officially dissolved at the end of the current Congress, and several of its members, including the two Republicans on the panel, are representatives. Liz Cheney of Wyoming and Adam Kinzinger of Illinois, will not return to the House next year.

During the course of its investigation into the events surrounding the Jan. 6 storming of the Capitol and former President Donald Trump’s attempt to stop the transfer of presidential power, the committee conducted more than 1,000 interviews and held 10 public hearings. Throughout the hearings, most of which took place this summer, the panel mapped out what it said was a multi-pronged campaign by Trump and his allies to secure the former president a second term.

The campaign included attempts to pressure then Vice President Mike Pence and his staff, senior Justice Department officials, local election officials and state legislators, and culminated in the crowd of Trump supporters breaching the United States Capitol in an attempt to prevent Congress from reaffirming the victory of President Biden.

The committee will publish a final report detailing its findings and make the interview transcripts and accompanying information public. Thompson told reporters Thursday that during the panel’s business meeting next week, members will preview the executive summary and all eight chapters of the report. The committee may also make its report available to the public on Monday, while addenda could arrive later in the week.

California Representative Adam Schiff, a committee member, he told “Face the Nation” on Sunday that it believes the Justice Department has “made use” of the panel’s evidence presented at its hearings, and will do the same with the information included in its report.

Attorney General Merrick Garland has appointed a special counselJack Smith, to oversee the Justice Department’s investigation into attempts to interfere with the transfer of power following the 2020 presidential election.

Rebecca Kaplan and Ellis Kim contributed to this report.