HomePoliticsThe House approves the removal of the bust of the Supreme Court...
Politics

The House approves the removal of the bust of the Supreme Court justice who wrote the Dred Scott decision, protecting slavery 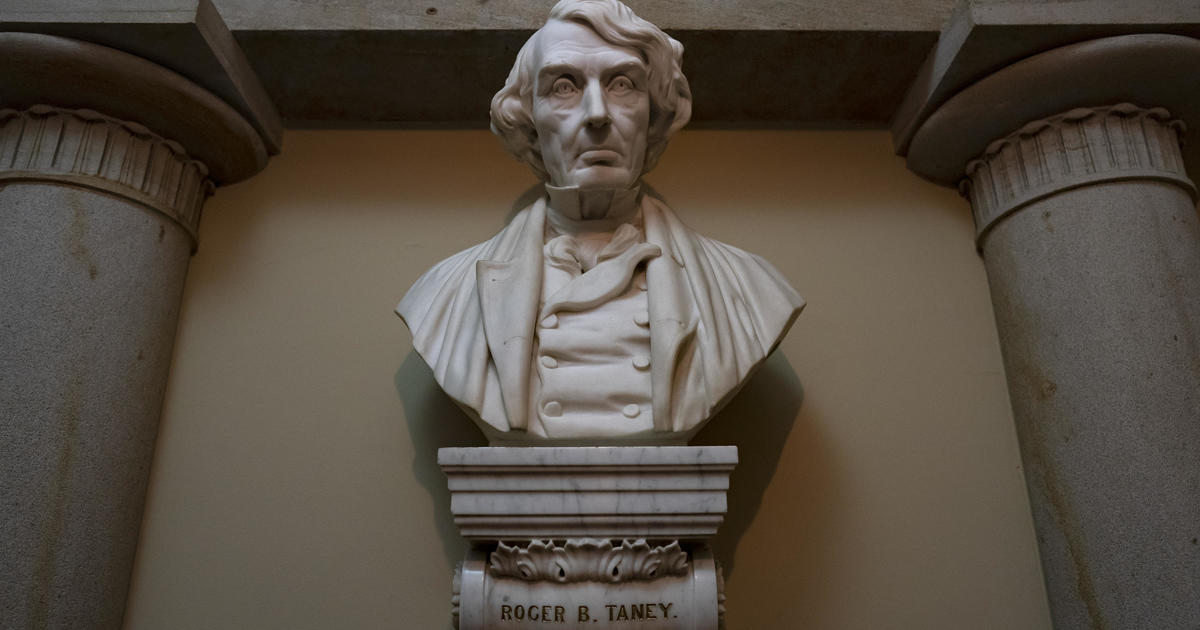 The House approved the removal from Capitol Hill of the bust of former Chief Justice Roger Brooke Taney, who wrote the infamous Dred Scott Supreme Court decision denying US citizenship to African-Americans and protecting the institution of slavery.

the measure, approved by voice vote on Wednesday afternoon, directs the Congressional Joint Committee on the Library to remove his bust and replace it with one depicting the late judge thurgoodmarshall, the first black American to serve on the Supreme Court. The Senate passed the legislation last week, meaning it now heads to President Biden’s desk. The House passed a similar version last year, but the Senate did not take it up.

“While the removal of the bust of Chief Justice Roger Brooke Taney from the Capitol does not absolve Congress of the historic mistakes it made to protect the institution of slavery, it does express Congress’s recognition of one of the most egregious mistakes it has ever made.” took place in one of his rooms, that of Chief Justice Roger Brooke Taney Dred Scott vs. Sandford decision,” reads the bill, authored by Democratic Senators Ben Cardin and Chris Van Hollen.

Scott he was a black slave who sued for his freedom, arguing that because he had lived in Wisconsin and Illinois, both free states, he should be granted his freedom. Taney, in a 7-2 majority opinion in the case, stated that because Scott was black, he was not a citizen and had no standing to sue. African Americans “had no rights that the white man was bound to respect,” Taney wrote.

Cardin is eager to see Marshall’s image replace Taney’s on Capitol Hill, noting that the only thing Marshall and Taney had in common was that they were both from Maryland.

“Thurgood Marshall was an inspiration who helped break down the walls of segregation in America,” Cardin said. “It is entirely fitting that a legal and civil rights icon should displace Roger Taney in the US Capitol. They both hailed from Maryland, but Marshall was a beacon of hope for racial equality. His inspiring voice of equality and opportunity is exactly what our nation needs right now.”