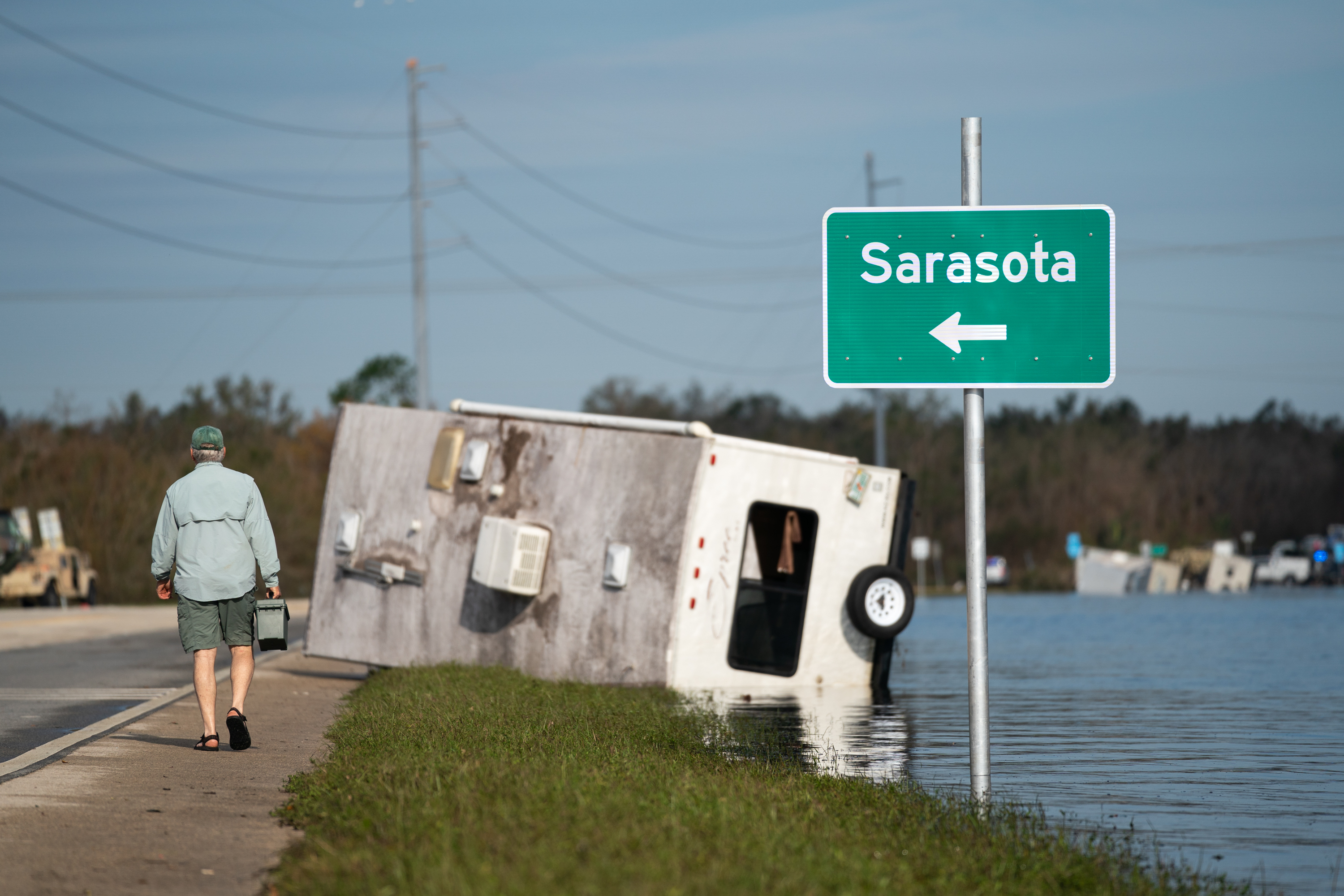 However, the task ahead for election officials is enormous.

More immediately, the deadline for the state to send out vote-by-mail ballots is Thursday, though the Postal Service has not resumed in some areas. In Fort Myers, near where Ian made landfall as a Category 4 hurricane, buildings were reduced to rubble and the storm ripped through coastal communities. More than 400,000 people in Florida still don’t have electricity.

The six counties that make up the growing Fort Myers area, excluding Sarasota, host about 9 percent of the state’s Republican vote, making it an important region for Republicans and Republican Gov. Ron DeSantis. After Hurricane Michael hit four years ago, voting declined in the Panhandle counties directly affected by that storm.

Electoral officials are already warning that the upcoming elections are turning into a logistical nightmare.

Lee County Supervisor of Elections Tommy Doyle told other supervisors late last week in an email that “Lee County is devastated.” Sarasota County Supervisor of Elections Ron Turner said in an email Monday that he was forced to postpone mail-in ballots until this week and that damage from the storm forced him to indefinitely close a from election offices located in the southern part of the county. .

“We’re assessing the damage to polling places, but we don’t know the full extent yet,” Turner said. “As we assess our needs and impacts, we will communicate them to state officials. I also want to support my electoral colleagues from the south and east who have a lot of work ahead of them to recover from the storm and hold a general election.”

Some of these issues could be resolved by DeSantis, who could use his emergency powers to mandate changes, as past governors have done after natural disasters. However, the governor may also stumble over state laws that he championed during recent legislative sessions.

Over the past two years, DeSantis and the Republican-controlled Legislature have imposed new restrictions on drop boxes and vote-by-mail ballots amid unsubstantiated allegations of widespread voter fraud pushed by former President Donald Trump. Most significantly, the new election law places a two-ballot limit on the number of mail-in ballots anyone could collect and deliver on behalf of older or disabled voters.

“Everything will be fixed,” Secretary of State Cord Byrd said Monday, adding that state and local officials were still assessing the extent of the damage.

Doyle, in his brief email to fellow supervisors, said his county may need to create a “vote center” like the one that was set up in Bay County after Hurricane Michael in 2018. That Category 5 storm hit northwest Florida and nearly wiped out the entire town of Mexico Beach when it made landfall on October 10 of that year.

Bay County officials established six “super voting centers” where election officials could collect ballots from county residents regardless of where they lived. Florida law says that anyone who votes in person must normally do so at the polling place located in their precinct or at a designated early voting center.

“You have to put the voter in a position where they have the opportunity to vote,” Scott said.

However, one suggestion that Scott did not accept in 2018 was to allow votes to be cast by fax or email. Bay County Supervisor of Elections Mark Andersen came under fire when it was discovered that he allowed more than 150 ballots to be emailed or faxed that year. Andersen’s actions were legally challenged at the time by Nelson, whose election with Scott was the subject of a controversial recount.

Leon County Supervisor of Elections Mark Earley, who is the current president of the state association that represents the state’s local election officials, said supervisors want to have a full damage assessment “so we don’t do this fudge.” ”. In the meantime, he said he was trying to help election officials in inland counties affected by the hurricane, including bringing generators to rural Hardee County to help provide power to the local elections office.

He said Doyle, the Lee County Supervisor, plans to come up with recommendations soon. But he added that vote centers “help with a lot of problems, including a lack of poll workers, a lack of facilities, and voter displacement within the county.”