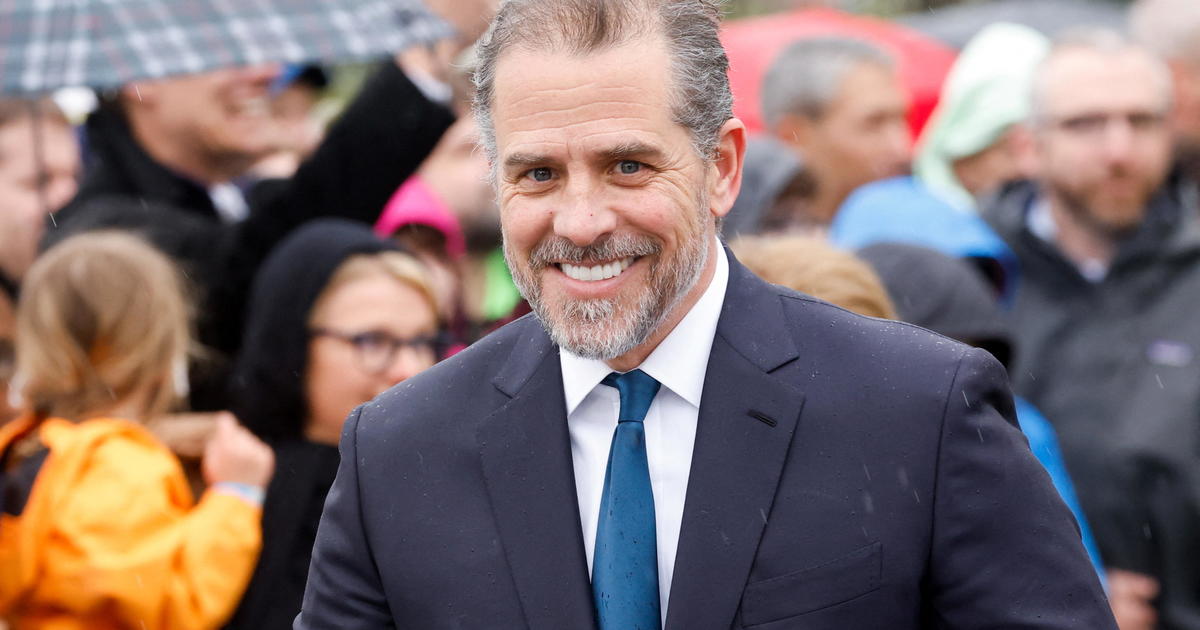 “Highly credible” whistleblowers have come forward before a top Senate Republican alleging a widespread effort within the FBI to minimize or discredit negative information about President Joe Biden’s son, Hunter Biden, according to letters reviewed by CBS News.

“Information provided to my office raises concerns about the FBI’s receipt and use of derogatory information related to Hunter Biden, and the FBI’s misrepresentation of acquired evidence as disinformation,” the GOP said. Senator Chuck Grassley wrote FBI Director Christopher Wray and Attorney General Merrick Garland on July 25. “The volume and consistency of these allegations bear out their credibility and require this letter.”

Grassley, the ranking member on the Senate Judiciary Committee, said whistleblowers alleged legitimate information and intelligence flows about the president’s son were characterized as likely disinformation or were shut down prematurely ahead of the 2020 presidential election.

CBS News first reported in April that there had been more than 150 financial transactions related to Hunter or James Biden’s global business affairs. marked as it pertains to US banks for further review. CBS News previously reported that the US attorney in Delaware has been investigating possible tax fraud, money laundering and foreign influence peddling.

President Biden has said he trusts his family did the right thing and that he was not involved in his son and brother’s business dealings.

A spokesman for Delaware US Attorney David Weiss declined to comment on whether he was aware of the whistleblowers’ allegations that credible reports about Hunter Biden were allegedly labeled misinformation by the FBI and whether these allegations had been factored into his investigation.

In October 2020, a month before the election, “a high-ranking FBI agent ordered a pipeline of disparaging Hunter Biden reports shut down” at the bureau’s Washington field office. An earlier letter from Grassley identified the agent as Timothy Thibault.

“[T]The allegations provided to my office appear to indicate that there was a plan among certain FBI officials to undermine derogatory information related to Hunter Biden by falsely suggesting that it was disinformation,” Grassley said.

He said federal police whistleblowers showed up at his office after a May 31 letter he had written noted a “pattern of active public partisanship in his public social media content,” referring to Thibault.

In that May 31 letter, Grassley also accused Thibault of possible violations of “[f]Federal laws, regulations, and Federal Bureau of Investigation (FBI) guidelines.

“The whistleblowers informed me that although the FBI and the Department of Justice maintain policies that dictate specific standards that require substantial factual preaching to initiate an investigation, Thibault and other Department of Justice and FBI employees failed to meet these requirements.”

The letter also singled out Justice Department official Richard Pilger, identified as the director of the Election Crimes Branch within the Justice Department’s Public Integrity Section, who, along with Thibault, was allegedly “deeply involved in decisions to open and continue this investigation. ”, an apparent reference to a recently opened investigation into the Trump campaign.

Grassley told Wray and Garland that “the opening memo they approved” included media reports citing investigations by a “liberal nonprofit organization” when a full investigation of a political nature requires “an intensified factual basis.”

Grassley continued, “In light of these allegations, I remain deeply concerned that political bias by a select group of DOJ and FBI officials has infected the DOJ and FBI standard process and procedure for opening and conduct high-profile and politically charged investigations.”

In addition to requesting records from the FBI and Department of Justice by Aug. 8, Grassley complained about the way the bureau and department are run.

“Attorney General Garland and Director Wray, simply put, based on allegations I have received from numerous whistleblowers, have systemic and existential problems within their agencies,” Grassley wrote. “You have an obligation to the country to take these allegations seriously, to investigate immediately.”

The FBI said it had received the letters but declined to comment further.

When asked for comment on the letter, the Justice Department said it had received the letter, declined to comment further, and did not refer any of Pilger’s attorneys to CBS News.

Andrés Triay and Robert Legare contributed to this report.

Catherine Herridge is a senior investigative correspondent for CBS News covering national security and intelligence based in Washington, DC.