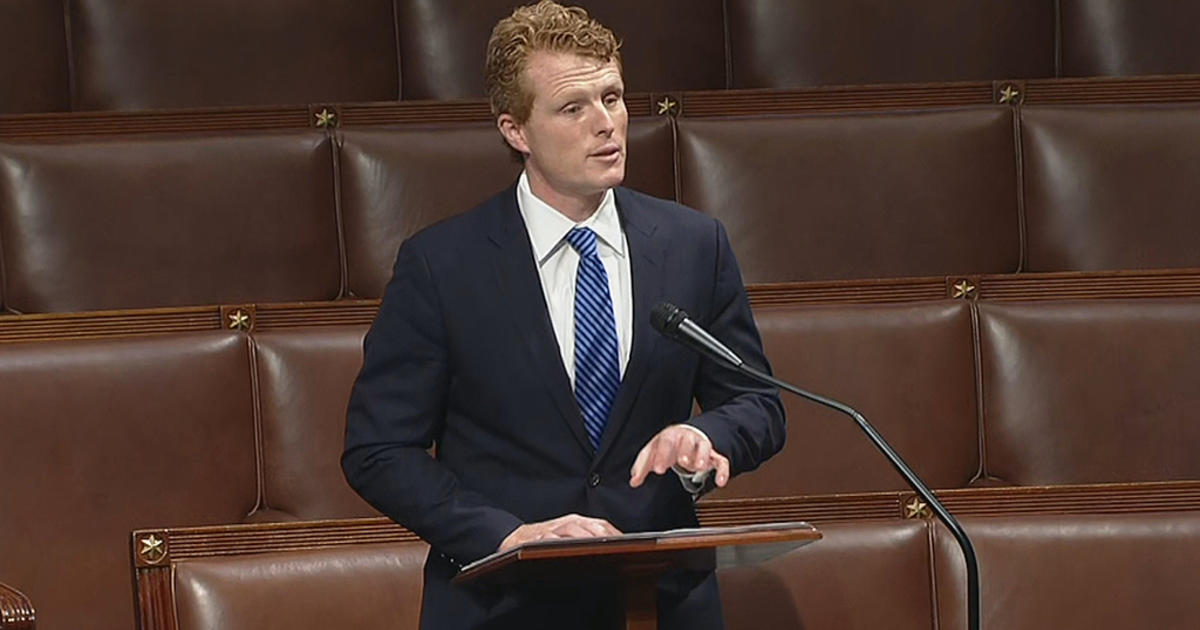 President Biden will nominate former Massachusetts Democratic Rep. Joe Kennedy III, grandson of the former senator and attorney general Robert F. Kennedy – to be the next US special envoy to Northern Ireland, a US official confirmed to CBS News. The position will focus on economic development and not on the thorny negotiations involving the Northern Ireland Protocol. That protocol is meant to deal with maintaining an open border between Ireland and Northern Ireland as promised in the 1998 Good Friday Agreement, but has been complicated by Britain’s departure from the European Union.

In spite of the increasingly tense political situation in Northern Ireland triggered in part by Brexit, the Biden administration had until now left the seat vacant. The Irish-American community had been urging Biden to nominate someone and had mentioned the name of former Representative Bruce Morrison, D-Connecticut, for the position.

Holding the cachet of his family’s legacy and historic ties to Ireland, Kennedy will be a high-profile appointee bearing the brunt of close ties to Biden himself. He will also be a vantage point from which the 42-year-old former congressman can relaunch his political career, which has stalled following his unsuccessful 2020 challenge to Sen. Ed Markey in the Massachusetts Democratic primary.

Mick Mulvaney, President Trump’s appointee to the role, stepped down as special envoy in 2021. Mulvaney, a CBS contributor, told CBS News: “This is an excellent choice. Joe is extraordinarily capable and will do a great job. representing the interests of the United States. There are very few bipartisan issues in Washington these days, but preserving the Good Friday-Belfast Agreement is one of them. And Joe will have bipartisan support for his efforts.”

The peace agreement put an end to 30 years of conflict in Northern Ireland, during which more than 3,000 people died. It was coordinated by former US Senator George Mitchell in association with the British and Irish governments, and created a power-sharing assembly that aimed to stabilize a society largely divided along sectarian lines.

Unionists are predominantly Protestant and want continued links with England. The nationalists are largely Catholic and want closer connections with the Republic of Ireland, which became independent from British rule in 1921.

Next year will be momentous in Northern Ireland as the United Kingdom, the EU and Ireland elaborate the Northern Protocol.

It will also be historic for the Kennedy family. Next year will mark 60 years since President John F. Kennedy, America’s first Irish Catholic president and the former congressman’s great-uncle, paid a 1963 visit to his ancestral home in the country, just five months before his assassination. the first visit by a sitting president to Ireland. Mr Biden, the second Irish Catholic president, is expected to pay a visit before the end of his term.

Margaret Brennan is the moderator of CBS News’ “Face The Nation” and a senior foreign affairs correspondent for CBS News based in Washington, DC.