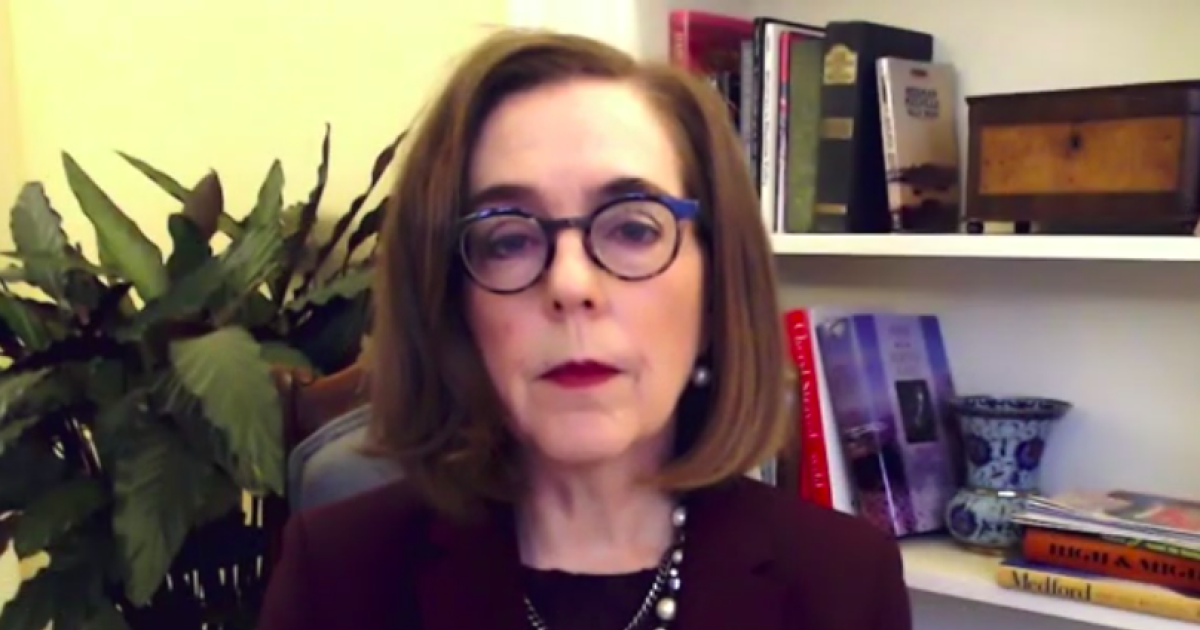 Salem, Oregon — Oregon Gov. Kate Brown announced Tuesday that she is commuting the sentences of the state’s 17 inmates awaiting execution, saying their death sentences will be changed to life without the possibility of parole.

Brown, a Democrat with less than a month left in office, said she was using her executive clemency powers to commute the sentences and that her order would take effect Wednesday.

“I have long believed that justice is not promoted by taking a life, and the state should not be in the business of executing people, even if a terrible crime landed them in prison,” Brown said in a statement.

Rep. Vikki Breese-Iverson, the Republican minority leader in the Oregon House of Representatives, accused Brown of “lack of responsible judgment.”

“Governor Brown once again took executive action without input from Oregonians and the Legislature,” Breese-Iverson said in a statement. “His decisions by him do not take into account the impact that victims and families will suffer in the months and years to come. Democrats have always chosen criminals over victims.”

In his announcement, Brown said victims experience “pain and uncertainty” as they wait for decades as people sit on death row.

“My hope is that this commutation brings us one significant step closer to finality in these cases,” he said.

Oregon has not executed a prisoner since 1997. In Brown’s first press conference after becoming governor in 2015, she announced that she would continue the moratorium on the death penalty imposed by her predecessor, former Gov. John Kitzhaber.

So far, 17 people have been executed in the US in 2022, all by lethal injection and all in Texas, Oklahoma, Arizona, Missouri and Alabama, according to the Death Penalty Information Center.

Like Oregon, some other states are moving away from the death penalty.

In California, Democratic Gov. Gavin Newsom placed a moratorium on executions in 2019 and closed the state’s execution chamber in San Quentin. A year ago, he moved to dismantle America’s largest death row by moving all convicted inmates to other prisons within two years.

In Oregon, Brown is known for exercising her authority to grant clemency.

During the coronavirus pandemic, Brown granted clemency to nearly 1,000 people convicted of crimes. Two district attorneys, along with family members of crime victims, sued the governor and other state officials to stop the clemency actions. But the Oregon Court of Appeals ruled in August that she acted within her authority.

Prosecutors, in particular, opposed Brown’s decision to allow 73 people convicted of murder, assault, rape and manslaughter when they were under 18 to apply for early release.

Brown noted that he previously granted commutations “to individuals who have demonstrated extraordinary growth and rehabilitation,” but said that assessment was not applied in his latest decision.

“This commutation is not based on any rehabilitation effort by the people on death row,” Brown said. “Instead, it reflects the recognition that the death penalty is immoral. It is an irreversible punishment that admits of no correction.”

The Oregon Department of Corrections announced in May 2020 that it would phase out its death row and reassign those inmates to other special housing units or general population units at Salem State Penitentiary and other state prisons.

A list of inmates on death row provided by the governor’s office had 17 names.

But the state’s Department of Corrections website lists 21 names. However, the death sentence of one of those prisoners was overturned by the Oregon Supreme Court in 2021 because the crime he committed was no longer eligible for the death penalty under a 2019 law.

Officials at the governor’s office and the corrections department did not immediately respond to an attempt to reconcile the lists.