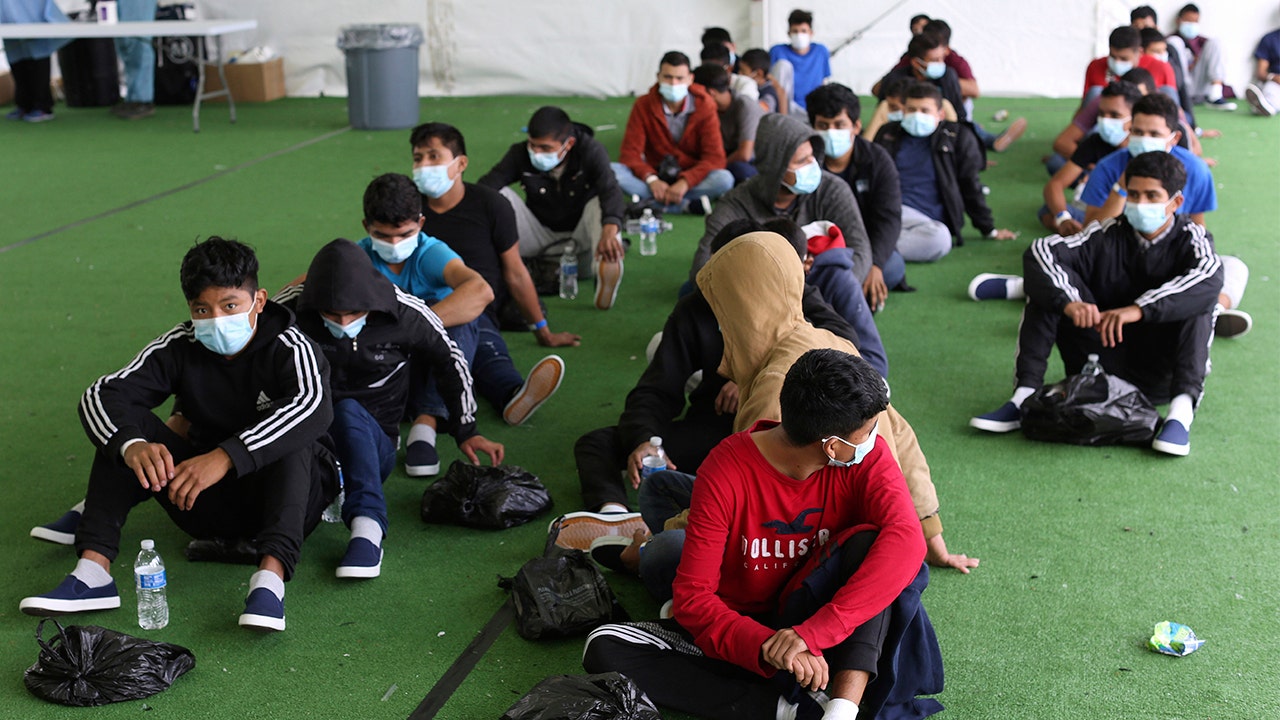 Unaccompanied migrant children housed in an emergency shelter inside Fort Bliss were said to have suffered from panic attacks, anxiety and a “generalized sense of hopelessness” as they were held for extended stays without regular updates, according to a surveillance report issued this week. week.

The Office of the Inspector General for Health and Human Services (HHS) issued the report on the emergency admission site (EIS) at the Texas Army base, which was established in March 2021 at the start of a historic migration wave, and where migrant children were held before they could be transported to regular care facilities and sponsors.

Unaccompanied children are typically placed in HHS care before they can join with a sponsor, usually a parent or relative already living in the US. But a combination of increased numbers and COVID-19 restrictions 19 led to a crisis for the agency.

The number of unaccompanied children increased from less than 20,000 referrals in FY2020 to more than 120,000 in FY21. Numbers in HHS care went from less than 5,000 in January 2021 to more than 20,000 in April. The IG also found that the capacity of the HHS Office of Refugee Resettlement (ORR) to care for children was diminished due to staffing shortages related to COVID-19 and decreased space for Beds.

Faced with the huge increase in unaccompanied illegal immigrant children, HHS resorted to opening 14 of the emergency intake sites, which included military bases like Fort Bliss. EISs were intended to be short-term facilities that would be open for less than six months and would act as a stopgap before licensed care facilities became available.

The creation of the EIS system immediately raised concerns among immigrant advocates and legislators about the quality of care being provided. The report found that those concerns were, in many cases, justified. The IG found that case management positions were often filled by inexperienced case managers who lacked knowledge of best practices, and that staff did not receive adequate training.

Guidance on how often case managers should meet with UACs was not released until late May and case managers also reported having huge caseloads of 30-35 children each, as well as deficiencies in the online case management system.

FILE – In this March 30, 2021, file photo, young migrants wait to be tested for COVID-19 at the Donna Department of Homeland Security Detention Center, the main detention center for unaccompanied children in the Valley. of the Rio Grande, in Donna, Texas.
(AP Photo/Dario Lopez-Mills, Pool, File)

“The kids were saying, ‘I haven’t talked to my case manager in 48 days,'” one youth worker was quoted as saying. “They had the feeling that they had been forgotten.”

“Even if someone was working on the case, it was not communicated to the children in a systematic way,” they said. “One girl kept saying she didn’t know what was going on and one day she broke down and she said she couldn’t take it anymore.”

One interviewee described panic attacks, anxiety and “a general sense of despair” among the children at the center, including a girl who hit and cut herself after learning her mother had not been contacted and was eventually transferred to a psychiatric facility. . .

The report also criticized ORR for issuing early field guidance that removed steps from the sponsor selection process, including some background checks and identity verification, which increased the risk of children being released to unsafe sponsors, and staff expressed concern about such a possible outcome.

“Case management staff are encouraged to strive to do the absolute minimum vetting of sponsors in order to effect the quickest releases. As a result, there are security issues that are likely being overlooked,” said a letter from the supervisors to ORR leadership.

The IG also reported staff concerns about possible retaliation against whistleblowers who raised concerns about safety and case management, which it said created an atmosphere in which staff were “discouraged” from raising concerns.

One employee reported emailing concerns about a lack of case management, only to be terminated from the assignment by the HHS contractor.

Since then, 12 of the 14 sites have been closed and the remaining two, including the site at Fort Bliss, have become an influx care center. HHS said immigrants now spend less than two weeks in the facility.

The report’s recommendation includes calls for better training for case managers, whistleblower protection and updates to the case management system. HHS agreed with their recommendations, saying in a response that it had dealt with “one of the most challenging periods in ORR’s history amid a historic number of unaccompanied children placed in ORR care, the largest and most rapid expansion of emergency capacity, and at the height of the [COVID-19] pandemic.”

Their formal response issued a list of improvements their EIS had made, including case management improvements, length of stay reductions, whistleblower protection improvements, and a Quality Assurance/Quality Review Strike Team. .

“Since the OIG review period concluded, the ORR EIS at Fort Bliss has improved services for unaccompanied children, including expanding educational and recreational activities, offering weekly individual and group counseling sessions, in addition to of emergency mental health services, and implementing critical aspects of the full initial program medical examination required by the [Flores Settlement Agreement],” the answer said.

Adam Shaw is a political reporter for Fox News Digital, with a focus on immigration. He can be reached at adam.shaw2@fox.com or on Twitter: @AdamShawNY