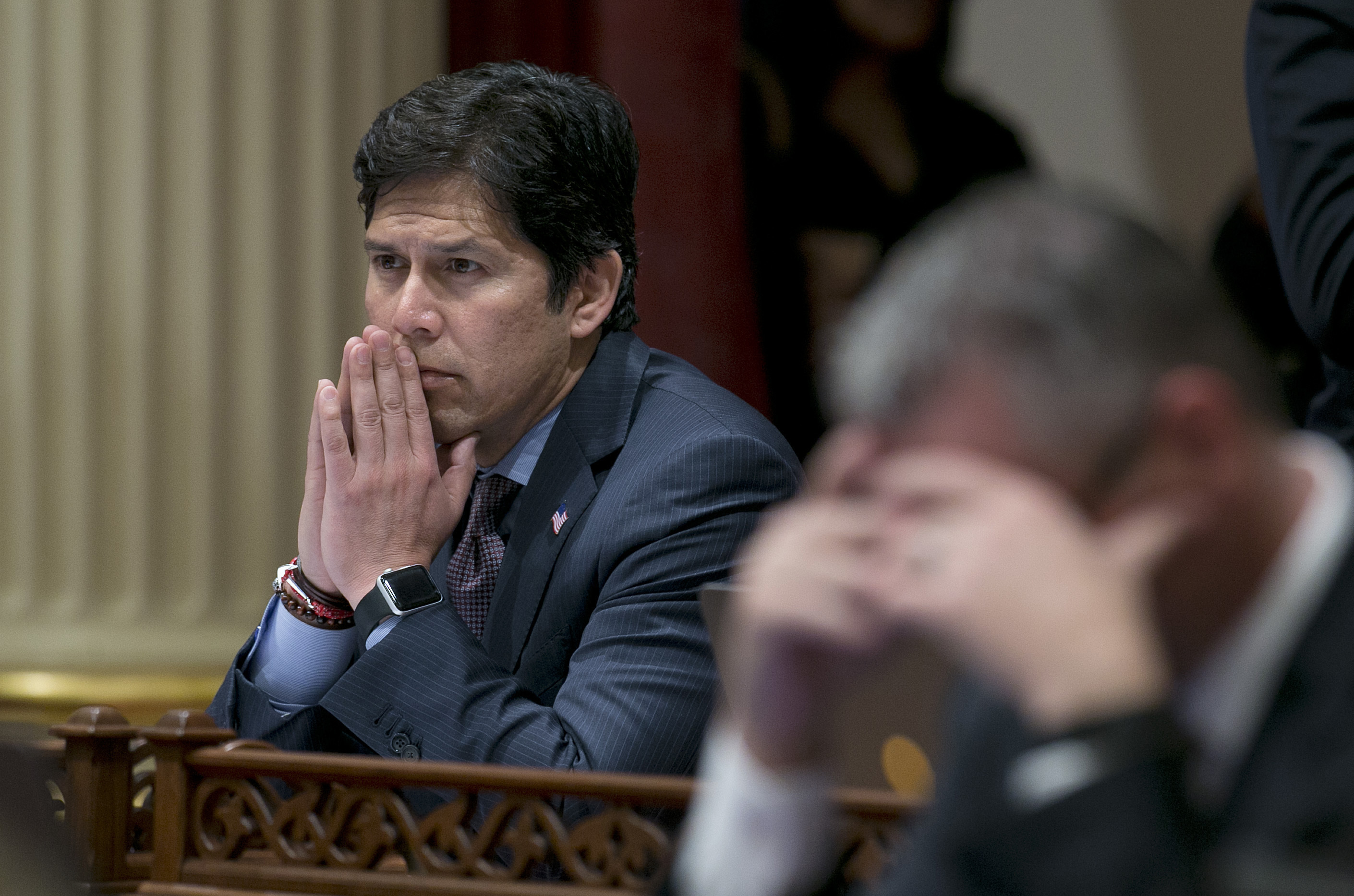 The council went into recess and lost its quorum, causing the meeting to be temporarily halted.

Bonin called De León a “vile racist” in a tweet expressing his outrage in the return attempt.

“He has to resign,” Bonin said.

De León did not return to the cameras after the break. The episode lasted about an hour, after which many protesters walked out, but it underscored the simmering anger over the leaked audio.

Los Angeles was rocked by surreptitiously recorded audio, which was captured last year but leaked via an anonymous Reddit user in October. In the recordings, De León, former council president Nury Martinez and member Gil Cedillo can be heard discussing dividing political lines for their benefit with Ron Herrera, former president of the Los Angeles County Federation of Labor.

The four discussed how to manipulate the redistricting process to benefit allies and dilute the power of black voters.

Martinez made several racist comments about blacks, Oaxacans, and Armenians. At one point, he described Bonin’s black son as “parece changuito,” Spanish for “to look like a little monkey.” De León, in turn, compared the same young man to an accessory, such as a luxury bag.

He later claimed in an interview that he was misunderstood and that he was not, in fact, comparing the boy to a handbag, although many listeners have not accepted that explanation.

Martínez resigned within days of the leak. Herrera, the union leader, also resigned. Cedillo, whose term was about to expire, is no longer on the council.

De León, who has ruled out resigning, has tried to keep a low profile, staying away from his council offices and canceling public events to avoid protesters.