Latvian leader warns US and European leaders against “war weariness” as Russia’s assault on Ukraine drags on. 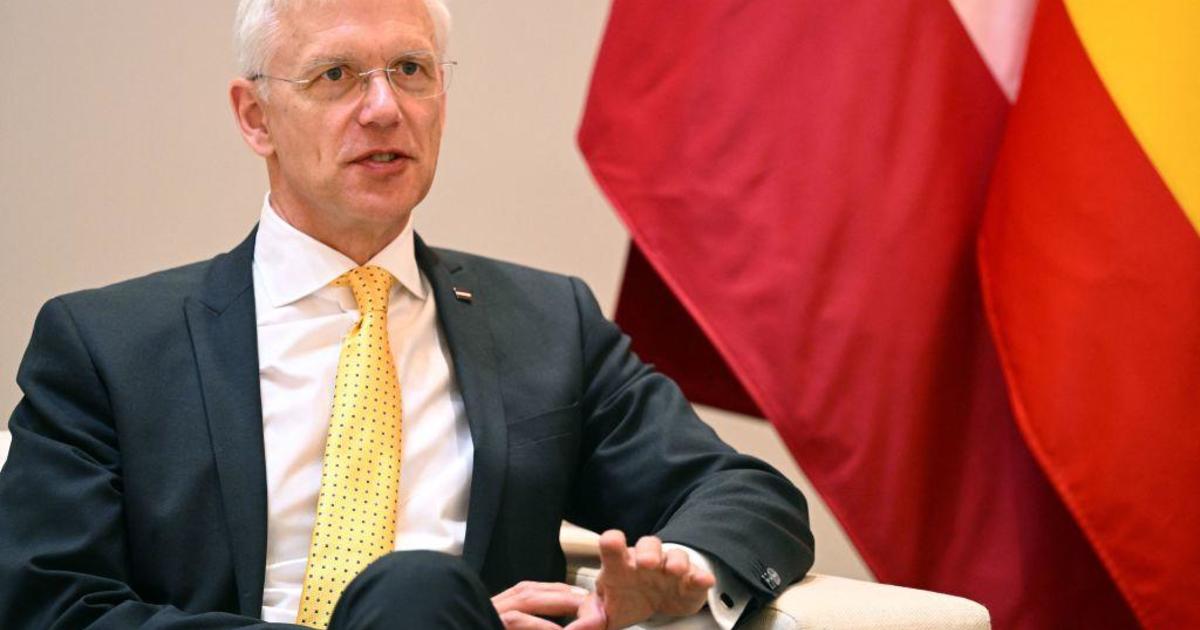 Washington- Latvian Prime Minister Krisjanis Karins has warned European and US leaders not to succumb to “war weariness” as Russia’s war in Ukraine rages on, helping to drive up energy and food prices. all over the world. In an interview with CBS News, Karins said leaders of countries that aren’t experiencing war firsthand may “get tired or lose their commitment to helping the country in need.”

He urged countries struggling with inflation to accept it as a small price to pay, as “Ukrainians are paying with their lives.”

This week, NATO announced that the military alliance’s high readiness forces would be significantly increased from 40,000 to more than 300,000 soldiers, focusing on augmenting the eastern flank, near the EU’s borders with Russia.

Latvia, a NATO member that shares a land border with Russia, will host the largest NATO force on the eastern flank with 1,887 soldiers. Lithuania will have 1,632 and Estonia 1,430. Karins praised the United States for its decision to increase its troop presence in the east, saying announcements made at a NATO summit in Madrid had put the security alliance “on the right track.”

Coming out of that summit, President Joe Biden promised that the United States would continue to support Ukraine “for as long as it takes,” and said more military aid would be announced in the coming days.

Earlier in the week, Biden reiterated the US commitment to defend its NATO allies, referencing the Article 5 collective defense clause in the alliance’s charter.

During a visit to Turkmenistan on Thursday, President Vladimir Putin said Russia would outlive Ukraine, whose sovereignty he has repeatedly questioned, saying he was in no rush to end the war he refers to only as a “special military operation.” .

And German Chancellor Olaf Scholz also said in an interview with CBS News’ Margaret Brennan on Thursday that Putin, having prepared for his war against Ukraine for at least a year before inciting it, is likely ready to go on the offensive for “a long time.” .

Karins said NATO leaders should not worry about provoking the Russian autocrat, as “there is nothing that we in Europe, or in NATO, can do to provoke or not provoke Putin. He is on his own path, regardless of what it is.” we make.”

In early June, French President Emmanuel Macron warned that “we must not humiliate Russia so that the day the fighting stops we can build an exit ramp through diplomatic means.”

Karins argues that there is a “political danger” in the argument “that we need peace at all costs, because that translates into peace at the expense of Ukraine.”

The Latvian leader called it “ridiculous” to imagine that a world leader would be willing to cede any part of his own nation’s territory.

According to a May Washington Post poll, 72% of Latvian speakers in Latvia saw Russia as the main threat to their country, and nearly 80% of Latvian speakers supported a stronger NATO presence. With a long history of Russian invasion and occupation, the threat of Russia looms over the collective Latvian subconscious.

Karins warned that a Russian victory in Ukraine would “radically change the world order.”

“It’s like giving the devil the little finger. It may seem good at first, but in the end, you’re essentially at the first step of giving up your own way of life,” he said.

Latvia has already been on the receiving end of Russian aggression in the form of cyber attacks and disinformation. Karins described a “constant barrage” of Russian cyberattacks, which he said his own country’s defense forces had managed to stay one step ahead of.

Latvia has been the target of cyberattacks by the Russian hacking group “Killnet” and its associated groups since May, according to Latvian Radio.

Russia’s disinformation campaign has also targeted Russian-speakers in Latvia in an effort to “try to divide our society,” according to Karins. Since Putin launched his full-scale invasion of Ukraine on February 24, Latvia’s media watchdog has shut down more than 100 television channels and websites that broadcast Russian propaganda, Karins told CBS News.

Just as important, Karins said, have been Latvia’s efforts to fill the void left by those Russian-language channels with factual information.

“We all have to do a little bit more,” he said. “If Latvia, which is not the richest country in Europe, can donate the equivalent of a third of our annual military budget to Ukraine, then certainly some of our friends and neighbors, who are relatively wealthier, can probably donate a little. more than they have today.