HomePoliticsHow can the Democrats persuade voters that they are not a party...
Politics

How can the Democrats persuade voters that they are not a party of wealthy elites? 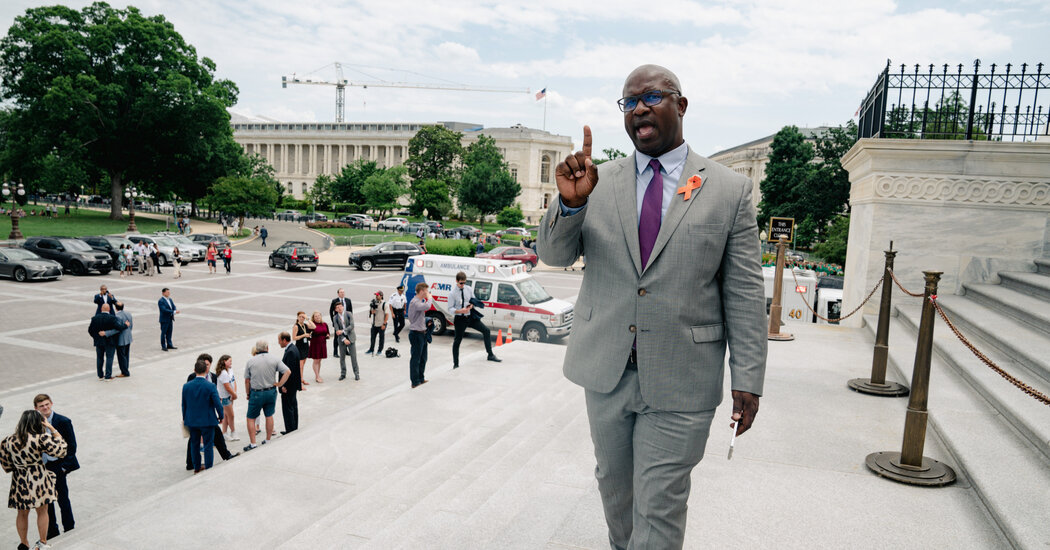 Today, in an unassuming Washington event space overlooking the Capitol, a group of progressive thinkers and entrepreneurs gathered for an intimate conference that couldn’t have been more different from the boisterous gathering hosted just down the street by conservative America First Policy Institute.

The purpose of Tuesday’s liberal meeting was to discuss ways to counter a narrative that seems to be gaining ground among voters: that Democrats are now the party of economic elites, while Republicans represent working-class America.

The Republican Party, of course, has been trying to pull off exactly this feat for decades, with mixed success.

Richard Nixon spoke of a “silent majority” of Americans who were disheartened by what they saw as the cultural excess of the 1960s. A famous line of attack from Nixon’s re-election campaign painted George McGovern, the Democratic candidate in 1972, as the “acid, amnesty and abortion” candidate.

Ronald Reagan, a more cheerful type, appealed to the patriotism and conservative social values ​​of blue-collar workers in places like Ohio’s Mahoning Valley by aggressively confronting the Soviet Union abroad and speaking openly about his Christian faith.

A turn for the holidays

But it was Donald Trump, a billionaire real estate baron from Manhattan, who achieved arguably the biggest realignment of the two parties along educational and class lines. Now Republican politicians boast that theirs is the workers’ party. They speak much less frequently, at least in public, about “tort reform,” “double taxation” and other phrases the business community once regularly incorporated into the political conversation.

This change has alarmed many Democratic Party strategists. Americans without a college degree still make up the majority of voters, fueling criticism like Ruy Teixeira’s jeremiad against what he characterizes as overly-educated cultural snobs who he says are leading the Democrats to ruin. .

Many of those criticisms urge Democrats to modify their cultural message to reach voters who may not share their views on, say, structural racism or immigration.

But pundits and operatives who crammed into Tuesday’s series of panels and hallway debates would argue that party leaders are failing on two more fundamental levels: they’re not fighting hard enough for the working class, and they’re not tough enough. with the big, greedy corporations.

Jentleson, who now runs a progressive communications strategy firm called Battle Born Collective with Rebecca Katz, said in an interview, “Democrats need to find a more effective way to meet working-class voters where they are and channel their anger. very real, or else the Republicans will do it.”

Jentleson championed an economic philosophy called “inclusive populism,” essentially left-leaning economics without the nastiness of past populist movements, which have often channeled working-class voter resentment toward immigrants or racial minorities.

Not everyone could agree on what to call their nascent movement, with one attendee noting that the term “populist” comes loaded with historical baggage.

Brandishing a new poll commissioned by the progressive group Fight Corporate Monopolies and conducted by GBAO, a Democratic polling firm run by Margie Omero, Jentleson argued that “a populist economic message is highly effective, and it’s crazy that the Democrats aren’t moving.” already in this direction as quickly as possible.”

Omero, who presented his findings at the conference, said that while the Democrats’ problems with white, working-class voters may be the most acute, workers without college degrees of all backgrounds are drawn to the broad tenets of the “inclusive populism”, whatever it’s called. and they are very receptive to messages that blame, for example, the oil companies for the high price of gasoline.

Other speakers at Tuesday’s meeting, which was called Sound Check, included Rep. Jamaal Bowman, a Democrat from Westchester County, New York; Heather McGhee, chairwoman of the board of Color of Change, a civil rights group; and Zachary Carter, journalist and author of a biography of John Maynard Keynes.

In his talk, Carter criticized the Democratic Party’s “old guard” anonymous economists who, he said, were misdiagnosing the causes of inflation and essentially prescribing higher unemployment and lower wages as the answer.

“The story we hear from the old guard is fundamentally not compelling in a democracy,” Carter said. “Their criticism of him is based on the idea that most workers actually have it too well, and attempts to improve their well-being can only make things worse.”

Smucker, whose background is in political organizing in eastern and central Pennsylvania, gave a presentation on lessons learned from the 2018 campaign for Congress of Jess King, who ran as an inclusive populist in Lancaster, Pennsylvania.

King, who portrayed herself as a working mother who refused to accept “corporate” donations, ended up losing her career after a court decision left the district solidly Republican.

He would have been able to overcome the district’s original 6 percentage point tilt toward the GOP, though not the 14-point structural advantage it ultimately faced in the general election, Smucker said.

What helped open the door with working-class voters in that district, Smucker said, was an aggressive door-knocking campaign that began with a conversation about “special interests,” Trump’s tax cuts for the wealthy and the eventual need for universal health care. system, and included heavy doses of criticism of Democratic Party leaders as disappointing and out of character.

The unmistakable tone of the event was a rebuke to Democrats who failed to win more progressive political victories from their majority in Congress over the past 18 months and essentially, according to the left’s narrative, let their most conservative member, Sen. Joe Manchin of West Virginia, dictate the terms of your governing agenda.

Hunt-Hendrix said she found the conference “empowering” at a time when many on the left are disheartened by the way the midterm elections are shaping up.

Jentleson emphasized that Tuesday’s conversation was “a conversation about the future of the party, not a recipe for 2022.”

Is there something you think we’re missing? Anything you want to see more of? We would love to hear from you. Send us an email to onpolitics@nytimes.com.