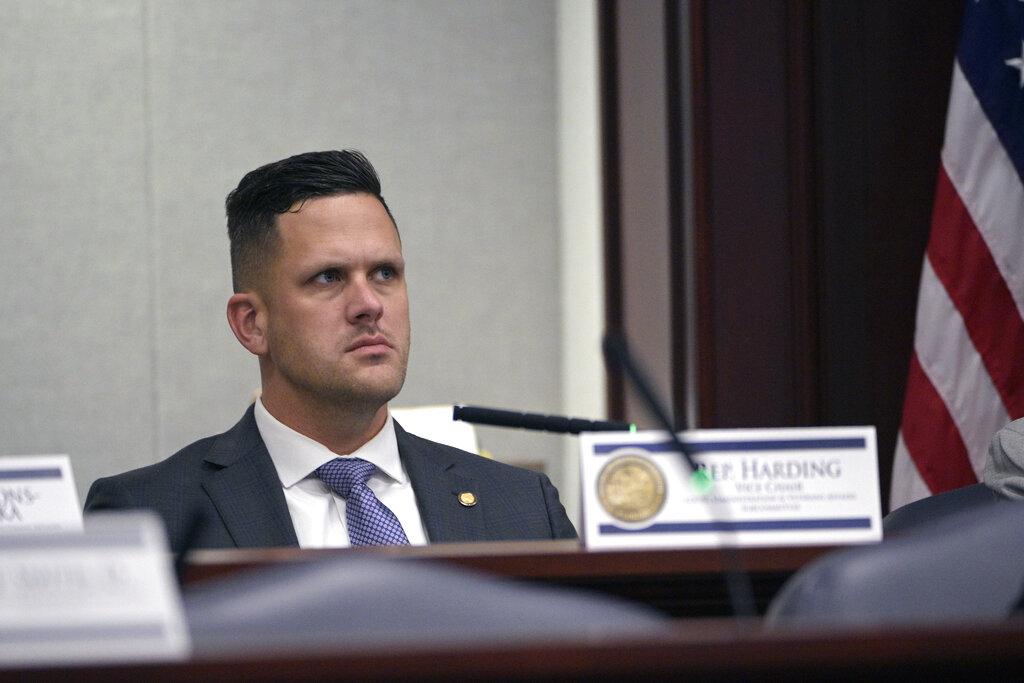 Harding pleaded not guilty during a hearing Tuesday, the same day the grand jury indicted him, and said he repaid the loans. He was released on bail shortly after the preliminary hearing.
The indictment alleges he fraudulently received $150,000 in federal pandemic assistance. His trial is scheduled for January 11 in Gainesville federal court.

Shortly after the indictment was unsealed Wednesday, Florida House Speaker Paul Renner announced that Harding had been removed from his committee positions. He said that because the allegation did not involve his service as a member of the Florida House of Representatives, he would not comment further.

The indictment unsealed by the federal government claims that Harding included The Vak Shack and Harding Farms, both companies that had been dormant since 2017, in the application for SBA loans designed to help small businesses survive the pandemic. He also lied about his income figures, bank statements and employee counts to guarantee the loans, federal investigators allege.

The Marion County representative was first elected in 2020 and is best known for being the sponsor of House legislation that banned discussion of gender identity or sexual orientation in classrooms until the third grade. The bill, which opponents dubbed the “Don’t Say Gay” bill, sparked protests and garnered national attention.

A special election will now be held to fill his vacant position.