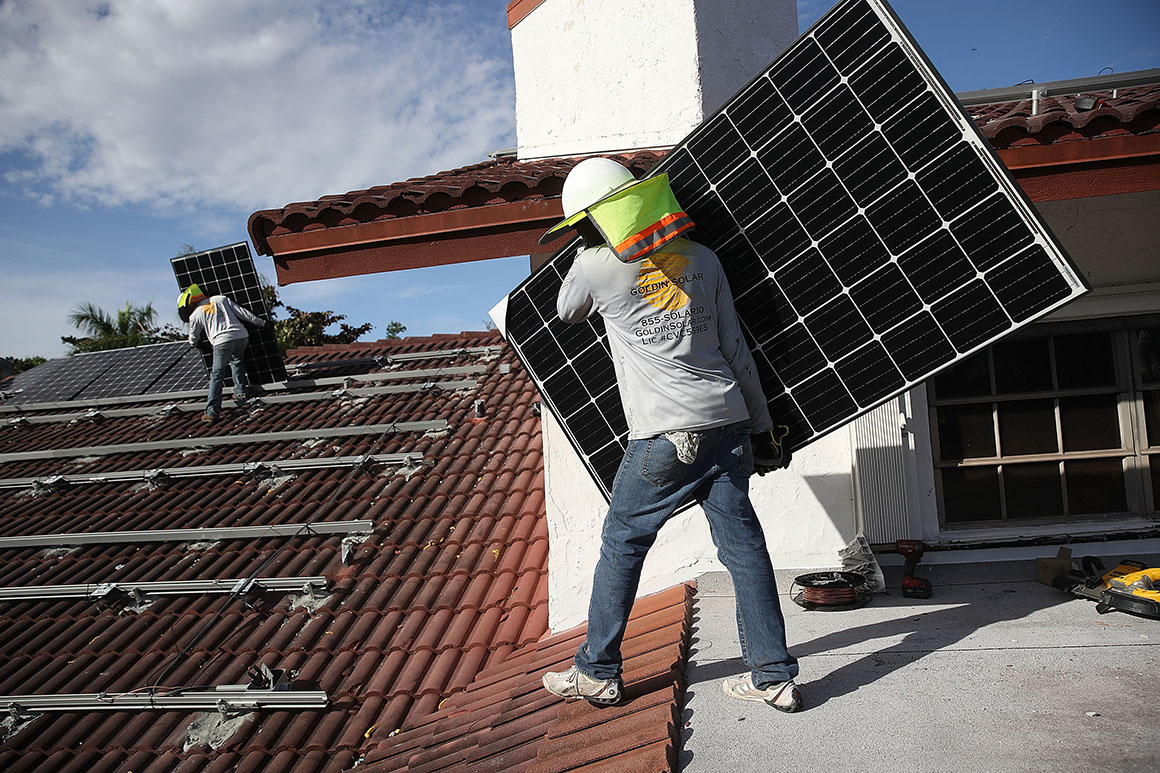 The Biden administration has high aspirations for the program, projecting that it could spur the development of 134 gigawatts of new solar power capacity. across the country, the agency official said. To put that in perspective, total US solar capacity today is 97.2 gigawatts, according to the Department of Energy.

and could lead to Considerable savings, too: The DOE estimated that participants in the pilot project’s initial five states and the District of Columbia alone would save more than $1 billion on their energy bills annually.

“For many reasons, certain segments of our society are unable to participate in the benefits of solar energy and the potential savings that come from that,” the agency official said, speaking on condition of anonymity to discuss the plan before it was released. agencies give their final approval. .

The news comes as consumers in the US and around the world grapple with rising energy costs, largely due to rising prices for fossil fuels, including natural gas, the main source electricity in the US

Expanding community solar will likely be necessary to meet Biden’s climate goals, which include achieving a net-zero electricity grid by 2035. It will allow people who rent their homes and have fewer ways to access solar panels or people without the means to finance such investments.

Community solar advocates say the approach democratizes renewable energy by letting people own a piece of renewable energy. But the method has faced some hurdles, as developers in some states have been accused of scamming people.

Therefore, the Biden initiative attempts to reduce consumer risk by using the federal government to essentially vet those developers. It will allow recipients of the Low Income Home Energy Assistance Program to log into an online platform and purchase the project of their choice.

For now, the administration is receiving information on how to design its Community Solar Subscription Program. Colorado, Illinois, New Jersey, New Mexico, New York and the District of Columbia have agreed to participate.

The Biden administration selected states that have passed laws ensuring community solar programs result in electricity savings for consumers, the agency official said. Those savings range from a 10 to 50 percent reduction in monthly energy bills for participating in community solar.

That, in turn, will eliminate the risk of participating in community solar for people with fewer resources to pay a surprise bill, the official said.

“We’re trying to help matchmaking, but at the same time we want to make sure low-income people have some guarantee of cost savings,” the official said.