HomePoliticsBiden returns to the White House from Delaware for meetings, holiday receptions,...
Politics

Biden returns to the White House from Delaware for meetings, holiday receptions, then flies home 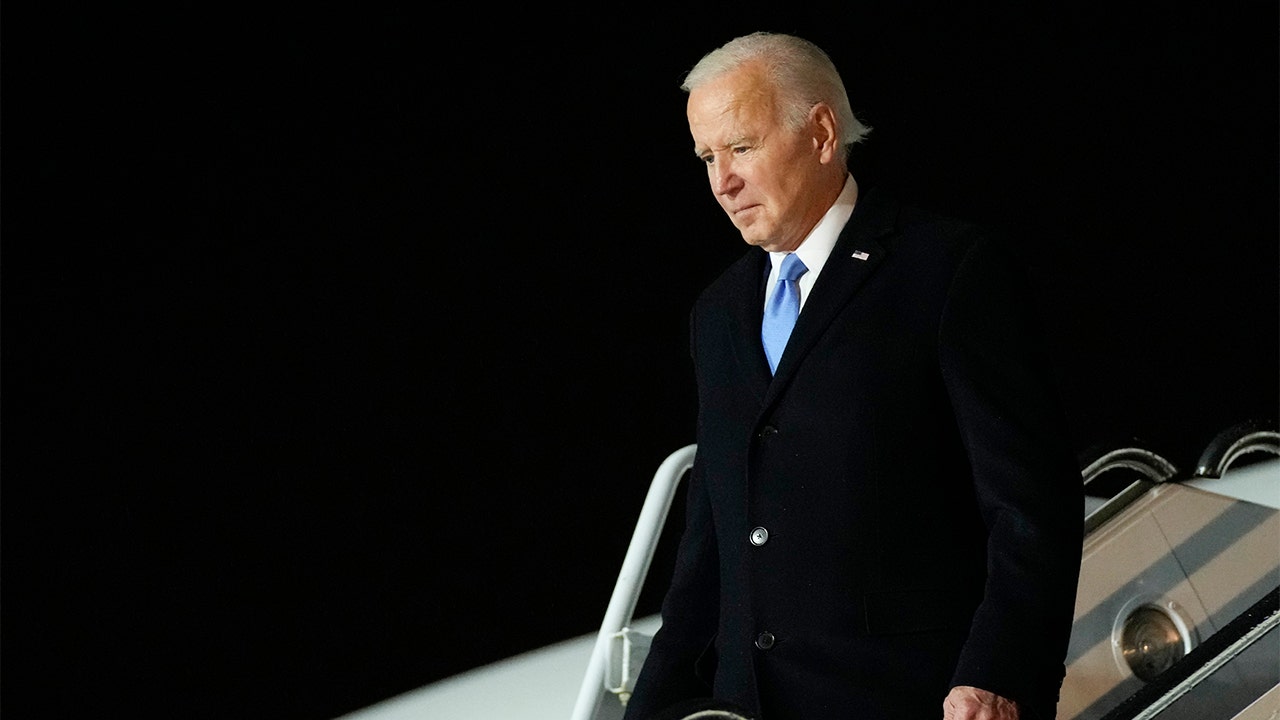 President Biden traveled from his home state of Delaware to the White House on Friday afternoon and is scheduled to turn around and return to Delaware later tonight, according to his public schedule.

The president, who flew to Delaware on Thursday, participated in a town hall with veterans at the Major Joseph R. “Beau” Biden III Reserve/National Guard Center near New Castle. He then flew Air Force One to Washington, DC, for “internal meetings and more festive receptions,” White House press secretary Karine Jean-Pierre told reporters on Thursday.

At 8:55 pm, the president will fly back to Delaware for the weekend.

WHITE HOUSE CLAIMS BIDEN HAS ‘DONE THE JOB’ AT THE BORDER, DESPITE HISTORIC MIGRANT CRISIS

Biden added on Friday that he had to “quickly come back today to sign some legislation.” He also suggested that he attend a reception at the White House where “1,200 people would show up.”

These roundtrip flights on Air Force One are racking up a hefty bill for taxpayers. Biden’s trips to Delaware and back to Washington have cost at least $11 million since he took office in January 2021, according to a Fox News Digital analysis by former CBS correspondent Mark Knoller.

As of November 18, Biden has made 57 trips to Delaware, spanning all or part of 185 days. The trips require taxpayer dollars to fund the costs associated with the use of Air Force One or Marine One, as well as Secret Service security costs. The president spends time in Delaware at his homes in Wilmington and Rehoboth Beach.

BIDEN DEPARTMENT OF COMMERCE. SILENT ON WHETHER HUNTER BIDEN’S FORMER BUSINESS PARTNER WILL REMAIN ON THE ADVISORY BOARD

The van carrying President Biden is seen in the setting sun after Biden arrived at Gordons Pond at Cape Henlopen State Park in Lewes, Delaware on October 21, 2022.
(MANDEL NGAN/AFP via Getty Images)

The analysis found that Biden has flown at least 101 flights between the White House or Joint Base Andrews and Delaware: 71 flights with Marine One and 30 with Air Force One.

Yet as president, Biden’s penchant for spending as much time as possible in Delaware is costing taxpayers more than $200,000 round trip.

Previous President Trump faced criticism for his regular and expensive trips to his Mar-a-Lago resort in Palm Beach, Florida, and his golf club in Bedminster, New Jersey. Knoller’s data shows that Biden travels home more frequently, although the trip from Washington to Delaware is shorter than Trump’s trips to Florida or New Jersey.

Saturday will mark the 50th anniversary of the death of Biden’s first wife, Neilia, and young daughter, Naomi, who died in a car accident on December 18, 1972. Biden often visits the graves of his family members. when he returns home, including on the anniversary of their deaths.