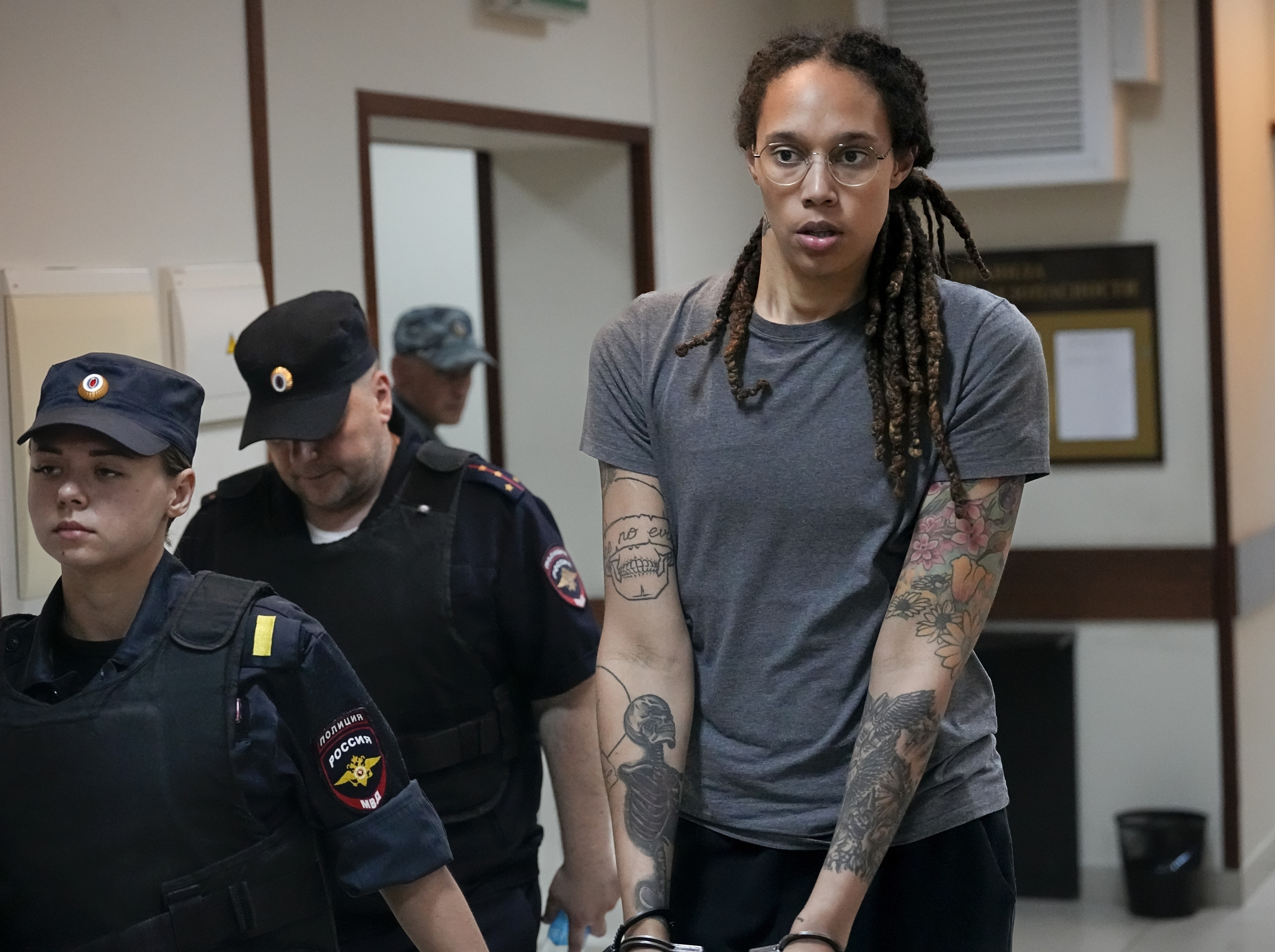 The prisoner swap, held at Abu Dhabi airport, caps a brutal 10 months for Griner, who Russian authorities arrested in February for possession of vape cartridges containing hashish oil. She was sentenced in August to nine years in prison and was recently sent to a penal colony 300 miles from Moscow.

Griner heads to a medical center in San Antonio for a routine evaluation.

The news will likely be bittersweet for the family of Paul Whelan, a former US Marine detained in Russia since 2018 on unproven espionage charges. Elizabeth Whelan, Paul’s sister, told POLITICO in September that “I don’t want him to be left behind again and I have urged the US government not to let the Russian Federation do that.”

The administration notified Whelan’s family that he was not part of the deal.

“This was not a choice of which American to bring home,” Biden said. “Unfortunately, for totally illegitimate reasons, Russia is treating Paul’s case differently than Brittany’s. And while we still haven’t managed to secure Paul’s release, we’re not giving up. We never give up”.

Biden promised that his administration would continue to push for Whelan’s release.

The Biden administration worked for months to trade both Griner and Whelan for Bout, but the Russian position was that there could only be a one-for-one deal. Moscow wanted the US to release a Russian spy in exchange for Whelan, but the US position has long been that it does not have such a person in custody. The Russians then asked about another person who was in German custody, a US official said.

When asked about the Russian position on Sunday, Blinken told CBS’s “Face the Nation” that “the other side has a vote on this. It’s not just what we want. It’s what they’re prepared to do.”

The Biden administration hoped to secure Griner’s release by Christmas, a US official said. Griner was expected to be in the United States within the next 24 hours.

Biden previously indicated an opening to discuss a prisoner swap directly with Russian President Vladimir Putin, but the Kremlin chief never agreed to such a conversation.

Griner is now the second American hostage returned to US authorities since Russia invaded Ukraine on February 24. Trevor Reed, a former Marine jailed for nearly 1,000 days, was released in April.

Cherelle Griner, speaking after Biden, said she and Brittney will advocate for Americans wrongfully detained abroad, including Whelan.