HomePoliticsBiden and Harris say 'extremist Republicans' and the Supreme Court are creating...
Politics 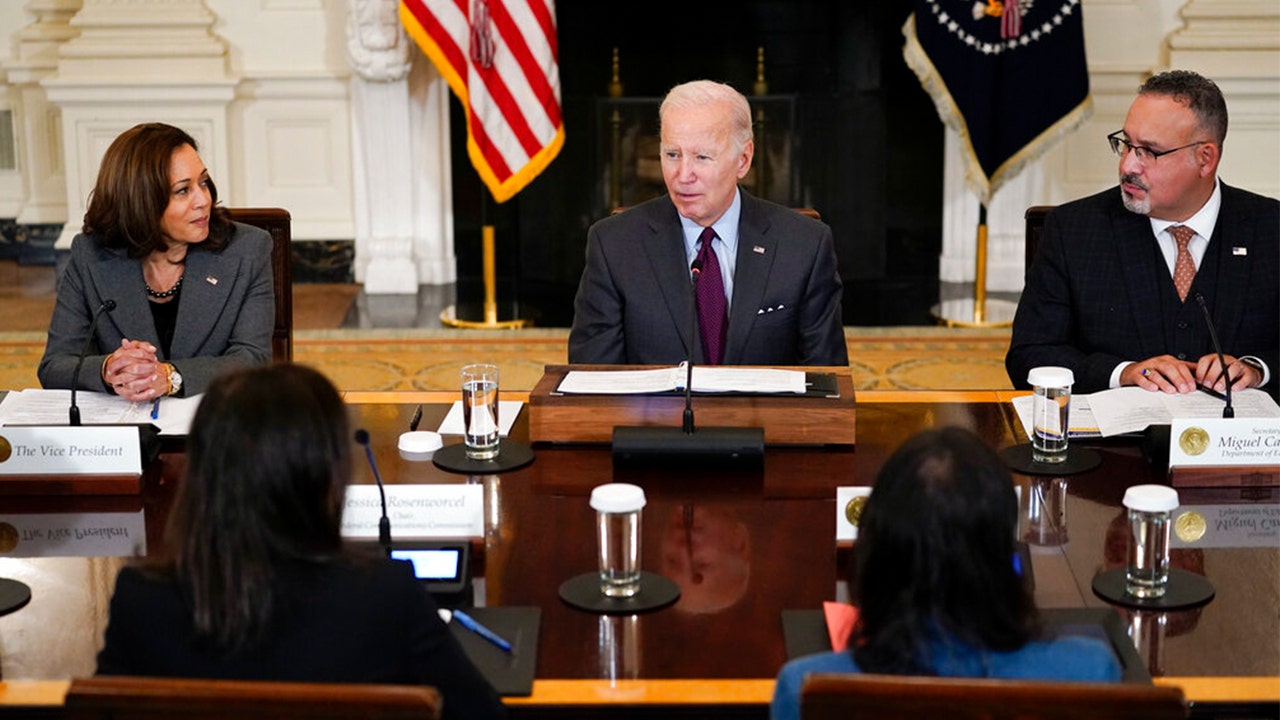 Biden said he created the task force after the Supreme Court’s “pretty extreme” decision. He called on Congress to “codify Roe protections.”

“Meanwhile, Republicans in Congress are doubling down on their extreme position by proposing a nationwide ban. Let me clarify what that means: It means that even if you live in a state where extremist Republican officials aren’t in charge, your right to choose will continue to be at risk,” he said.

“What we are seeing in the laws of our country is the criminalization of doctors and health care providers,” Harris said. “[I]f there was a national law passed in the United States Congress to protect reproductive care, so-called leaders then couldn’t ban abortion, even in cases of rape and incest.”

Secretary of the Department of Education, Miguel Cardona, said that his department sent a new guide to universities to remind them of their obligation under Title IX, which prohibits discrimination based on sex in schools that receive federal funds.

“If you or someone you know is facing discrimination today, I want to be clear with university leaders in America,” he said. “Access to contraception should not be questioned and access to health care, including reproductive health care, is critical to the well-being and success of our nation’s students. If you are committed to student success, must be committed to the health of students.”

The Department of Health and Human Services will also release $6 million in new funds to promote family planning services.

The task force also heard from doctors who discussed the effects of the Dobbs ruling on their practice, including one who said the Supreme Court decision “wreaked havoc across the country.”

The Task Force is part of Biden’s efforts to highlight his administration’s efforts to protect abortion access after the Supreme Court overturned Roe v. Wade. Democrats, meanwhile, hope the issue will galvanize their voters before the midterm elections.