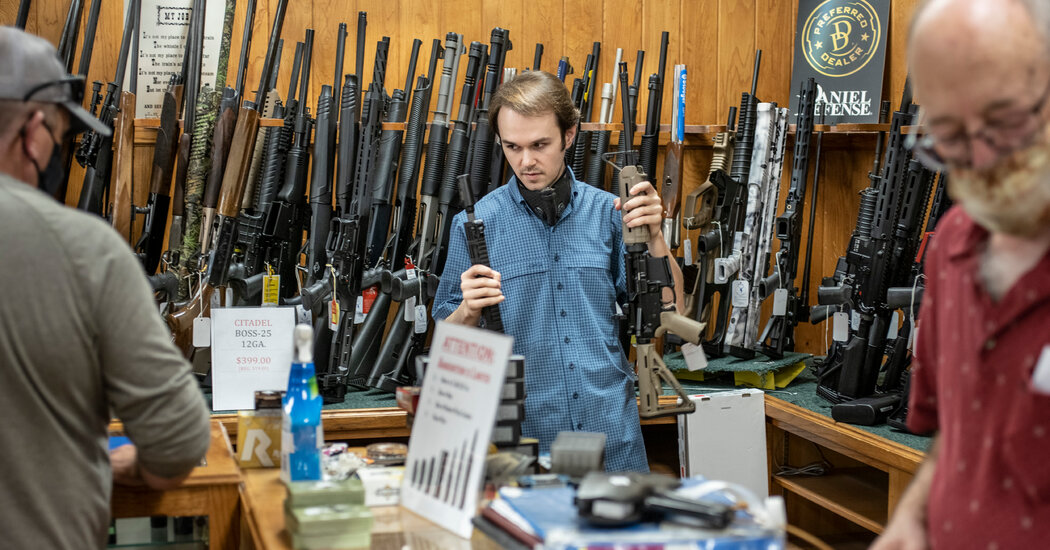 The report showed that as the country has struggled to deal with an epidemic of gun violence that has plagued schools, churches, supermarkets, concerts and shopping malls, gunmakers have been enjoying soaring profits from the sale of weapons used to carry out mass acts. shootings

Ruger, the nation’s largest rifle manufacturer, reported that its gross profits from AR-15-style rifles also nearly tripled from 2019 to 2021, rising from $39 million to more than $103 million. The company’s AR-15-style rifle and pistols were used by mass shooters in Sutherland Springs, Texas, in 2017 and in Boulder, Colorado, in 2021.

Smith & Wesson’s revenue from all long guns, which includes AR-15-style rifles, more than doubled between 2019 and 2021, from $108 million to $253 million. The company sold the gun used in the 4th of July massacre in Highland Park, Illinois, as well as the Parkland school shooting in Florida in 2018.

Sig Sauer, the company that sold the AR-15-style rifle used in a 2016 mass shooting at the Pulse nightclub in Orlando, Florida, and three of the guns used by the gunman in Las Vegas in 2017, declined to disclose its income.

And Bushmaster, which made the gun used in the Sandy Hook Elementary School shooting in Newtown, Connecticut, in 2012, said it had no financial data from previous years because a new company recently bought it.