HomePoliticsAlex Jones's damage trial begins for his false claims that the Sandy...
Politics 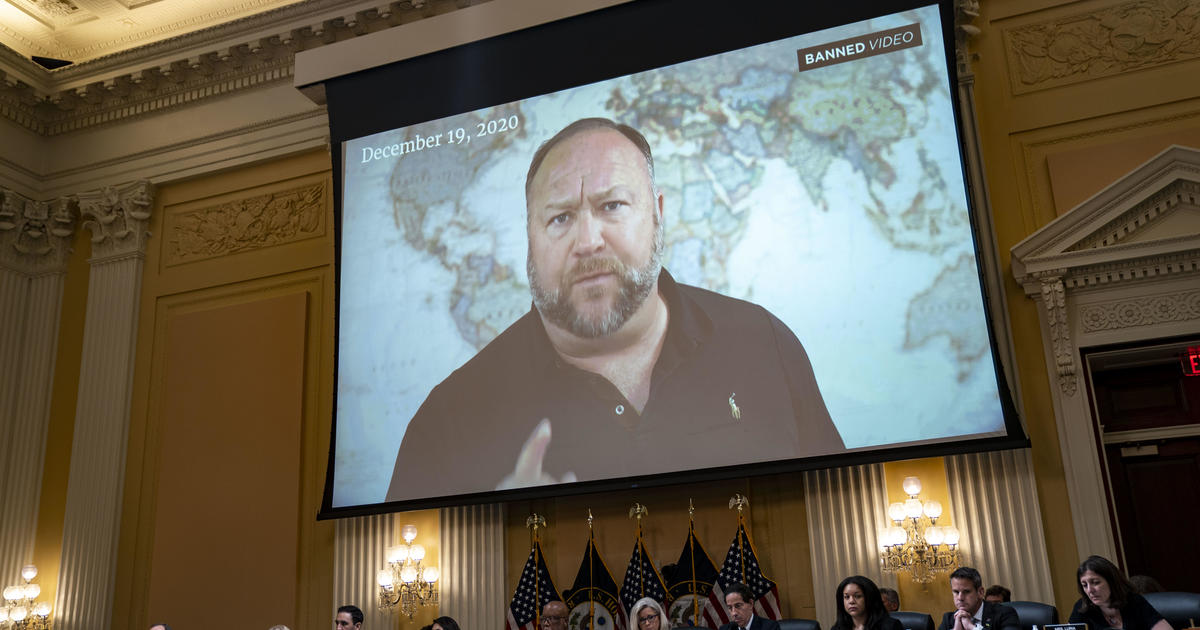 Conspiracy theorist Alex Jones “repeatedly lied and attacked the parents of the murdered children” when he told his Infowars audience that the shooting at Sandy Hook Elementary School was a hoax, an attorney for the parents of one of the victims told a Texas jury Tuesday at the start of a trial to determine how much Jones should pay for defaming them.

Jones created a “massive campaign of lies” and recruited “savage extremists from the fringes of the Internet … who were as cruel as Mr. Jones wanted them to be” to the families of the 20 first graders and six educators who were killed in the 2012 school attack in Newtown, Connecticut, attorney Mark Bankston said during his opening statement as Jones looked on and occasionally shook his head.

Jones capitalized on the explosive popularity of Sandy Hook conspiracy stories that became an “obsession” for the website, even years after the shooting, said Bankston, who played video clips of Jones claiming on his show that the shooting was a hoax. and “the whole thing was completely bogus… It just didn’t happen.”

Anticipating what Jones’s defense would be, Bankston told the jury, “This has nothing to do with the Constitution. Defamation is not protected by free speech… Speech is free, but lies are paid for.”

He said his clients, Neil Heslin and Scarlett Lewis, whose 6-year-old son Jesse was killed in the attack, will ask for $150 million in emotional distress and reputational damage, and more money in punitive damages.

texas court Y another in Connecticut found Jones liable for libel for his portrayal of the Sandy Hook massacre as a hoax involving actors intended to increase gun control. In both states, judges entered default judgments against Jones without trial because he failed to respond to court orders or produce documents.

In all, the families of eight Sandy Hook victims and an FBI agent who responded to the school are suing Jones and his company, Free Speech Systems.

During his opening remarks, Jones’s attorney, Andino Reynal, called Jones one of the “most polarizing figures in this nation,” who made statements about Sandy Hook “that we don’t question were wrong.” But he said Jones was already punished for those remarks when he was banned from Facebook, YouTube, Spotify and Twitter for violating their hate speech policies.

Jones, who arrived at the courthouse with duct tape over his mouth with the message “Save the First” printed on it, an apparent reference to the First Amendment right to free speech, “has already been cancelled” and lost millions of dollars, said Reynal. , who asked the jury to limit damages to $1.

Reynal painted a picture of a talk show host who “tries to give an alternative view” but was duped by some of his guests.

“Alex Jones was wrong to believe these people, but he did not do it out of spite. He did it because he believed it… He believed that a citizen has the right to enter Infowars and talk about what their questions are, – said Reynal.

He also called the case important for freedom of expression.

“I believe in your right to say so, and I believe in the right of all Americans to choose what they see, hear and believe,” Reynal said.

Between opening statements by the two sides, Jones walked out of the courtroom to rant at reporters, calling it a “kangaroo court” and a “show trial” that was an assault on the First Amendment.

The first witness to testify was retired Connecticut State Police detective Daniel Jewiss, who was the lead investigator for the Sandy Hook attack. He said 26 law enforcement agencies responded to the shooting and there is no question what happened that day.

Part of her job was helping families who were being harassed by deniers. He said law enforcement put deniers into three categories: the mentally ill, those who believed bad or incomplete information, and those who knew the truth but twisted it for their own “power or money.”

That final group, Jewiss said, “They were the most dangerous. That’s where we put Alex Jones.”

Jewiss said supporting Sandy Hook families is the “most honorable” thing he has ever been a part of.

“It is absolutely horrifying the amount of trauma that they have had to endure after losing a loved one,” he said.

Among the others expected to testify Tuesday was Daria Karpova, a producer for Infowars.

The jury could deal Jones a huge financial blow that would put his constellation of conspiracy-trafficking businesses in greater jeopardy. In addition to being banned from major social media platforms, he claims he is millions of dollars in debt, a claim the plaintiffs dispute.

Jones has since acknowledged that the shooting took place. During a deposition in April, Jones insisted that he was not responsible for the suffering the Sandy Hook parents say they endured because of the deceptive conspiracy, including death threats and harassment by Jones supporters.

Jones claimed in court records last year that he had a negative $20 million net worth, but attorneys for the Sandy Hook families have painted a different financial picture.

Court records show that Jones’ Infowars store, which sells nutritional supplements and survival gear, made more than $165 million between 2015 and 2018. Jones also urged listeners of his Infowars show to donate money.

The Texas trial begins about two months after a gunman killed 19 children and two teachers at Robb Elementary School in Uvalde, which is about 145 miles southwest of Austin. It was the deadliest school shooting since Sandy Hook.