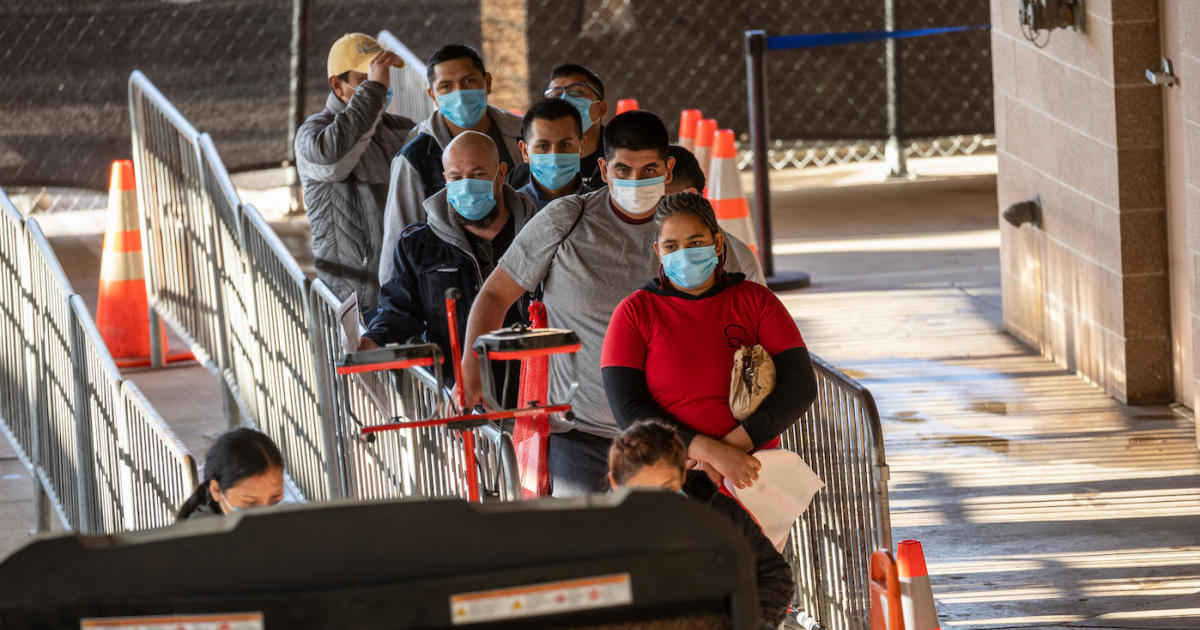 Washington — Nineteen Republican-controlled states filed an emergency legal request Monday night to try to delay ending pandemic-related restrictions that have allowed US border authorities to quickly turn away certain immigrants on the grounds of public health.

A coalition of Republican attorneys general has asked the US Circuit Court of Appeals for the District of Columbia to stay a lower court order that found the border restrictions, known as Title 42, be illegal. Unless stopped, the lower court ruling will require border officials to halt the removals of immigrants on December 21.

Lawyers representing the Republican-led states argued that canceling Title 42 would cause a “huge disaster” along the US-Mexico border, where federal officials intercepted migrants more than 2.3 million times. in fiscal 2022, a record.

The Republican-led states asked the appeals court to issue a decision by Friday night. That deadline was supported by the Biden administration and the American Civil Liberties Union, which successfully challenged the legality of Title 42 in the lower courts.

If the appeals court denies their request, the states argued, it should issue a 7-day administrative stay of the ruling that declared Title 42 illegal so they can seek the Supreme Court’s intervention. The states that joined the request were Alabama, Alaska, Arizona, Kansas, Kentucky, Louisiana, Mississippi, Missouri, Montana, Nebraska, Ohio, Oklahoma, South Carolina, Tennessee, Texas, Utah, Virginia, West Virginia, and Wyoming.

The states’ emergency request is the latest twist in an escalating legal and political battle over the fate of Title 42, which was first invoked at the start of the COVID-19 pandemic by Trump administration officials who they argued that the measure was necessary to contain the spread. of the virus across US borders.

Since it was authorized by the Centers for Disease Control and Prevention (CDC) in March 2020, Title 42 has allowed US border officials to carry out more than 2.5 million removals. Most of the expelled migrants have been sent to Mexico, which has accepted the return of its citizens, as well as migrants from Guatemala, Honduras, El Salvador and, most recently, Venezuela. Migrants processed under Title 42 cannot apply for asylum.

For more than a year, the Biden administration has defended Title 42, including in federal court, using it as its main tool to manage unprecedented levels of unauthorized migration along the southern border.

However, in April, the CDC said it would stop authorizing removals, arguing that pandemic conditions, including vaccination rates in migrants’ countries of origin, had substantially improved. But a group of Republican-led states, many of which joined the emergency request on Monday, convinced a federal judge in Louisiana to block the termination of the rule on technical grounds.

On November 15, US District Court Judge Emmet Sullivan Ruled Title 42 Illegal and struck down CDC directives authorizing removals, saying the policy had not been sufficiently justified.

The Biden administration asked Sullivan to delay his decision for five weeks and then filed an appeal to uphold the legality of Title 42’s kickout authority. But the administration did not seek to push back the December 21 end date, saying that was prepared to lift the restrictions.

In their emergency petition on Monday, the Republican-led states argued that they should be allowed to uphold the legality of Title 42, accusing the Biden administration of colluding with the ACLU to end the policy.

“Defendants are employing strategic surrender to achieve results through collusion that they could not through rulemaking,” the states said in their legal filing.

Despite the implementation of Title 42 restrictions, migrant arrivals along the US-Mexico border have reached unprecedented levels over the past year and a half.

In recent days, officials in El Paso, Texas, have logged an average of 2,500 migrant arrivals per day. The sharp increase in illegal crossings has strained the ability of the federal government and local shelters to process and house migrants, resulting in the release of hundreds of migrants.