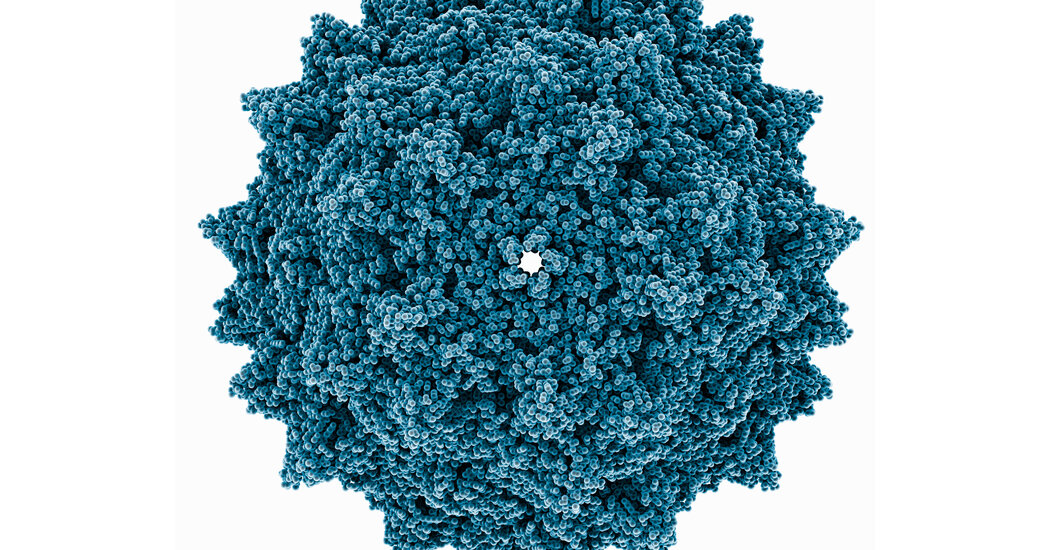 A complex combination of factors could be responsible for the cases of pediatric hepatitis that have baffled doctors in recent months, according to two small, new studies.

The studies are based on only a few dozen cases and have yet to be peer-reviewed or published in scientific journals. Still, they suggest that children who have developed severe, unexplained cases of liver inflammation may have been simultaneously infected with two different viruses, including one known as adeno-associated virus 2 (AAV2), a typically benign virus that requires a second “helper.” ” viruses in order to replicate.

Adenoviruses, which have previously been found in many of the children with the mystery hepatitis reported in the last year, are common helper viruses for AAV2.

Many of the children studied also had a relatively rare version of a gene that plays an important role in the immune response, the scientists found.

Together, the findings suggest a possible explanation for the hepatitis cases: in a small subset of children with this particular genetic variant, dual AAV2 infections. and a helper virus, often an adenovirus, triggers an abnormal immune response that damages the liver.

Still, the researchers acknowledged that the studies are based on a small number of children in a single region of the world (UK) and that a cause-and-effect link had not been proven.

“There’s a lot we don’t know yet,” said Dr. Antonia Ho, Senior Clinical Professor at the MRC-University of Glasgow Virus Research Center and an author of one of the new studies.

But he added: “We felt, because there have been very few answers about what the causes are, that we needed to publish these findings so that other people can start looking for AAV2. and investigate this in more detail.”

The findings are intriguing but preliminary, said Dr. Saul Karpen, a pediatric hepatologist at Emory University and Children’s Healthcare in Atlanta, who was not involved in the research. “This is not a definitive study,” he said. “Thematically, it can certainly make sense, but there is no full support for it.”

Cases of pediatric hepatitis are extremely rare but can be serious. As of July 8, 1,010 probable cases had been reported from 35 countries, according to the World Health Organization. Five percent of those children have required liver transplants and 2 percent have died.

Several early studies have found that many of the children were infected with an adenovirus, one of a group of common viruses that usually cause cold or flu symptoms. The new studies suggest that if adenoviruses are involved in hepatitis cases, they may be only part of the story.

In one of the new studies, scientists compared nine Scottish children with unexplained hepatitis with 58 children in control groups. The researchers used genome sequencing to identify any viruses present in the children’s blood, liver and other samples.

Scientists found adeno-associated virus 2 in the blood of the nine affected children and in liver samples from the four children for whom such samples were available. They also found an adenovirus in six of the children and a common herpes virus in three.

Those findings are consistent with those of a second study, led by researchers in London, which examined samples from 28 children with unexplained hepatitis from across the United Kingdom. That scientific team also found high levels of AAV2 in the blood and liver of many of the children. Many also had low levels of adenovirus or herpes viruses in their samples.

The Scottish researchers also found that eight of the nine affected children, or 89 percent, shared a relatively rare variant of a gene that codes for a protein critical in the body’s immune response. This particular variant is present in just 16 per cent of Scottish blood donors.

The London team found the same genetic variant in four of the five transplant recipients they tested.

“Both studies have independently achieved remarkably similar results,” Sofia Morfopoulou, a computational statistician at the Great Ormond Street Institute of Child Health at University College London and an author of the second paper, said in an email.

Although the idea remains preliminary, it is possible that a recent resurgence of the adenovirus after a decline in circulation during the coronavirus pandemic explains why doctors have noticed a sudden increase in these rare cases, the scientists said.

“Perhaps some of these infections that might have happened more spaced out, over a couple of years,” are happening all at once, said Dr. Emma Thomson, an infectious disease physician at the Center for Virus Research and a member major. author of the Scottish study.

Additional larger studies, particularly focused on children from other countries, are still needed, the researchers said.