HomeHealthNew FDA guidelines call for reducing, but not eliminating, lead in baby...
Health

New FDA guidelines call for reducing, but not eliminating, lead in baby food 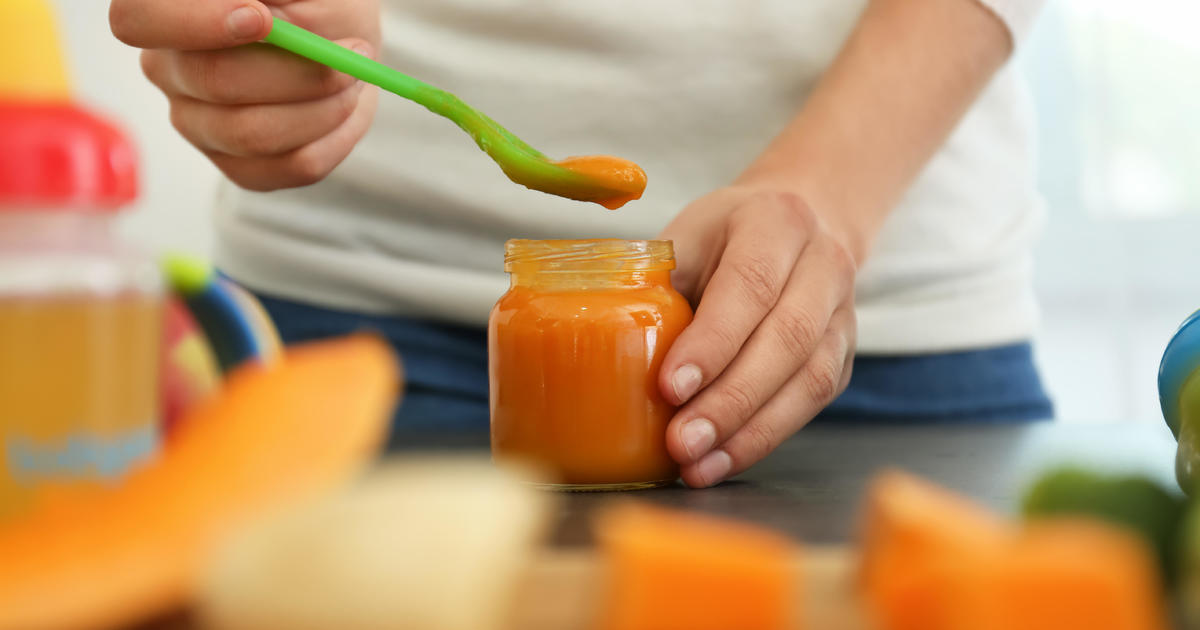 The Food and Drug Administration published draft guidelines Tuesdays detailing the maximum amount of lead that can be found in baby food, and is part of the organization closer to zero initiative to reduce children’s exposure to harmful contaminants in food.

“The proposed action levels would result in significant reductions in exposure to lead from food while ensuring the availability of nutritious foods,” the FDA said on Twitter.

Prolonged exposure to lead can cause “learning disabilities, behavioral difficulties, and reduced IQ,” as well as “immunologic, cardiovascular, renal, and reproductive and/or developmental effects,” the FDA said in the report, while also explains that lead is “widely present” in the environment both naturally and in part due to human activities.

“Because lead can be present in environments where food crops used to make foods intended for infants and young children are grown, various foods may contain small amounts of lead,” the FDA said. “Potential sources of lead in food include contaminated soil where crops are grown, contaminated water, atmospheric deposition from industrial activities, and old lead-containing equipment used to process food.”

There is no truly safe level of lead, according to the American Academy of Pediatrics.

“Today’s announcement to set stricter standards for toxic metals in baby food is an important step forward for the FDA,” Scott Faber, senior vice president of government affairs at the nonprofit Environmental Working Group, said in a statement. . declaration.

The new guidance, which is not mandatory for food manufacturers, describes the following amounts as acceptable in baby food for children under the age of two:

“The purpose of this guidance is to provide industry information on action levels for lead in foods intended for infants and young children,” the FDA said in the guidance.

“…our Closer to Zero action plan outlines other actions we will take to further reduce lead (as well as other toxic elements) in food, and our expectation is that the industry will strive for continued reductions over time.”

The plan does not list new guidelines or reduction plans for other toxic chemicals found in baby foodsuch as cadmium, arsenic or mercury.

“Today’s published action levels for lead, the first toxic heavy metal to be addressed by the agency, are not sufficient to protect the next generation of babies from harmful heavy metals in their food,” a statement from the agency read. defense organization. Healthy Babies Bright Futures.

The group also noted that the new FDA regulations do not apply to teething biscuits, which their studies found account for seven of the 10 highest levels of lead in more than 1,000 food tests the organization has conducted.

“These proposed action levels do not do enough to bring us anywhere near zero,” said Charlotte Brody, the organization’s national director.

“The action levels released today by the FDA for the most part put a rubber stamp on the status quo, meaning that the current levels of lead in baby food are ‘close enough.’ Why the program FDA’s Closer to Zero spent years creating proposed guidance that won’t do enough to make baby food safer?”

Jane Houlihan, the group’s director of research, told CBS News: “As it stands, it appears the FDA is picking round numbers that it thinks industry can easily meet. But there are plenty of actions companies can take at lower levels, from testing and choosing fields with lower levels of lead in the soil, to adjusting soil additives and choosing crop varieties that accumulate less lead.”

“We’ve seen with infant rice cereal and apple juice (two foods with arsenic and/or lead limits already in place) that when the FDA issues action levels, industry can significantly reduce the amounts of these toxic metals in their products,” Houlihan said. .

According to a analysis Commissioned by the group, children under the age of two in the US lose more than 11 million IQ points due to exposure to heavy metals in food.

Lead was also found in 90% of manufactured baby foods, 80% of store-bought family foods, and homemade purees.