HomeHealthMonkeypox likely to remain a threat in the US for years to...
Health 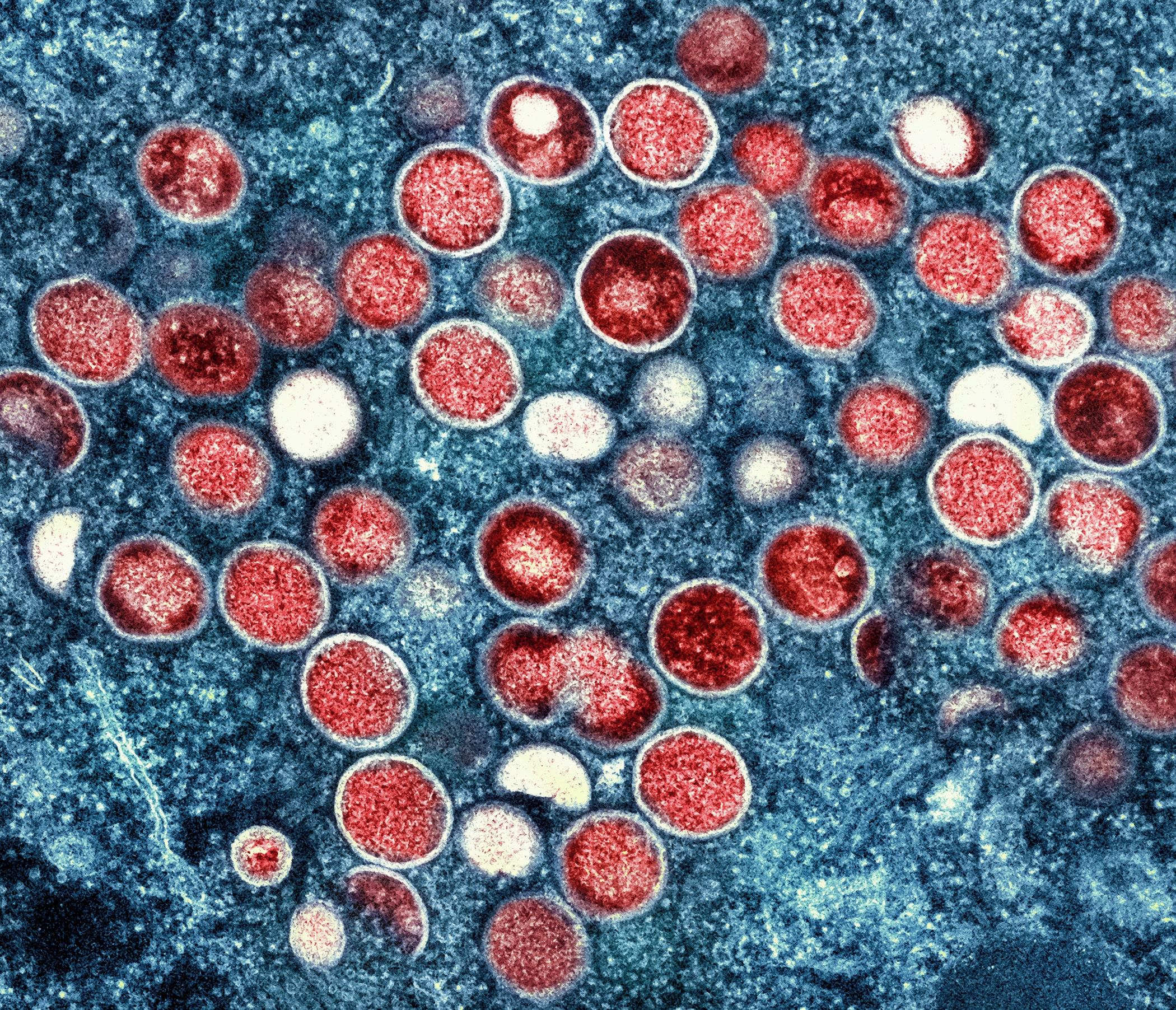 Monkeypox may not be going away anytime soon, according to some US health officials, The Associated Press reports.

While the spread of the disease is slowing, the monkeypox virus is so widespread that it is unlikely to be eliminated, the Centers for Disease Control and Prevention (CDC) said.

That conclusion was contained in a recent CDC report, echoed on Friday by Marc Lipsitch, scientific director of the agency’s Center for Disease Forecasting.

Lipsitch was hesitant to say monkeypox is here to stay permanently, but said it will remain an ongoing threat for years to come, the AP noted.

“It’s in many geographic locations within the country” as well as in other countries, Lipsitch told The Associated Press.

Test tubes labeled “monkeypox virus positive and negative” are seen in this illustration taken on May 23, 2022.
(REUTERS/Dado Ruvic/Illustration)

“There is no clear path in our mind to complete elimination at the national level,” he added.

The virus has spread primarily among gay and bisexual men, though health officials continue to stress that anyone can become infected.

People at risk need to take steps to prevent the spread, and it’s vital that vaccination efforts continue, Lipsitch said.

The outbreak in the US appears to have peaked

CDC Director Rochelle Walensky recently said she was cautiously optimistic about a slowdown in the growth of new monkeypox cases, but that some areas of the country were still seeing a surge in infections.

He also said during a White House briefing in mid-September that the agency was taking steps to address racial and ethnic disparities in the distribution of monkeypox vaccines.

The average number of daily cases being reported in the US, less than 150, is about a third of what was reported in mid-summer.

The US outbreak appears to have peaked in early August.

The average number of daily cases being reported, less than 150, is about a third of what was reported in mid-summer.

MONKEYPOX: WHAT YOU SHOULD KNOW ABOUT THE VIRUS AND HOW TO PROTECT YOURSELF

Officials expect the decline to continue for at least the next few weeks, the AP said this week.

Lipsitch attributed the good news to increased vaccinations, cautious behavior by those at risk, and immunity stemming from infections in populations most at risk.

Dr. Tom Inglesby, director of the Johns Hopkins Center for Health Security, agreed that the spread of monkeypox is unlikely to stop any time soon in the US, but said it is still possible to long term.

This image provided by the National Institute of Allergy and Infectious Diseases (NIAID) shows a colorized transmission electron micrograph of monkeypox particles (red) found inside an infected cell (blue), cultured in the laboratory that was captured and colorized at the NIAID Integrated Research Facility (IRF) at Fort Detrick, Maryland.
(NIAID via AP, File)

If domestic transmission were stopped, infections could still continue if people contract the virus while traveling internationally, he said.

But the fact that cases are declining makes it seem like “we’ve taken a real turn.”

MONKEYPOX IN AMERICA: WHO IS AT RISK AND WHY?

“Ongoing efforts are succeeding and should continue, if not intensify,” he told the AP.

With the number of cases declining, this is a good time for local health departments to try intensive contact tracing to try to stop chains of transmission, he said.

Monkeypox is endemic in parts of Africa, where people became infected through bites from rodents or small animals, but it was not considered a disease that spread easily between people until May, when infections emerged in Europe and the US. USA, The Associated Press said. .

The disease was first discovered in Africa in 1958 when monkeys began to develop smallpox-like symptoms; however, the exact source of the infection remains unknown.

More than 67,000 cases have been reported in countries that have not historically seen monkeypox. The United States has the most infections of any country: more than 25,600. One death in the US has been attributed to monkeypox.

More than 97% of cases in the US are male, the AP noted. The vast majority have been men who reported recent sexual contact with other men.

Although cases have dropped, the proportion of new cases that have information about recent sexual contact has also dropped, officials said.

That’s causing a growing blind spot about how the virus can spread, Lipsitch noted.

Monkeypox is a zoonotic virus capable of being transmitted from animals to humans and is in the same disease category as smallpox.

In 2022, monkeypox became part of an ongoing viral outbreak, with most cases beginning to cluster in the UK after traveling to Nigeria.

An animal usually spreads the disease by biting or scratching a human or if an individual consumes infected meat.

Human-to-human transmission is the most common way the disease has spread throughout the outbreak.

Symptoms include fever, swollen lymph nodes, and a rash typically with blisters that crust over.

Typically, this transmission occurs through exposure to contaminated items, body fluids, and droplets. Monkeypox can also be spread through an airborne route in enclosed areas.

The disease can spread to others until all lesions are gone or have fallen off. An individual can see if he is positive for the disease by testing a lesion.

What are the symptoms of monkeypox?

Symptoms include fever, swollen lymph nodes, and a rash typically with blisters that crust over.

The World Health Organization and the CDC state that the time from exposure to physical symptoms begins within two to four weeks.

Mild symptoms of the disease, such as muscle aches and fever, are not common in all outbreaks and can vary around the world.

LONELINESS AND UNHAPPINESS CAN AGE US FASTER THAN SMOKING: NEW STUDY

Is there a cure for monkeypox?

There is no known cure for monkeypox, and in severe cases, the WHO recommends using antiviral vaccines such as vaccinia immunoglobulin (VIG), which was used to treat smallpox.

Other smallpox and monkeypox vaccines have been approved but are currently in limited availability.

Medical experts recommend that people with monkeypox isolate themselves and inform others they may have come into contact with, as well as stay well hydrated.

The Associated Press contributed to this article.