How common is pancreatitis after a colonoscopy? 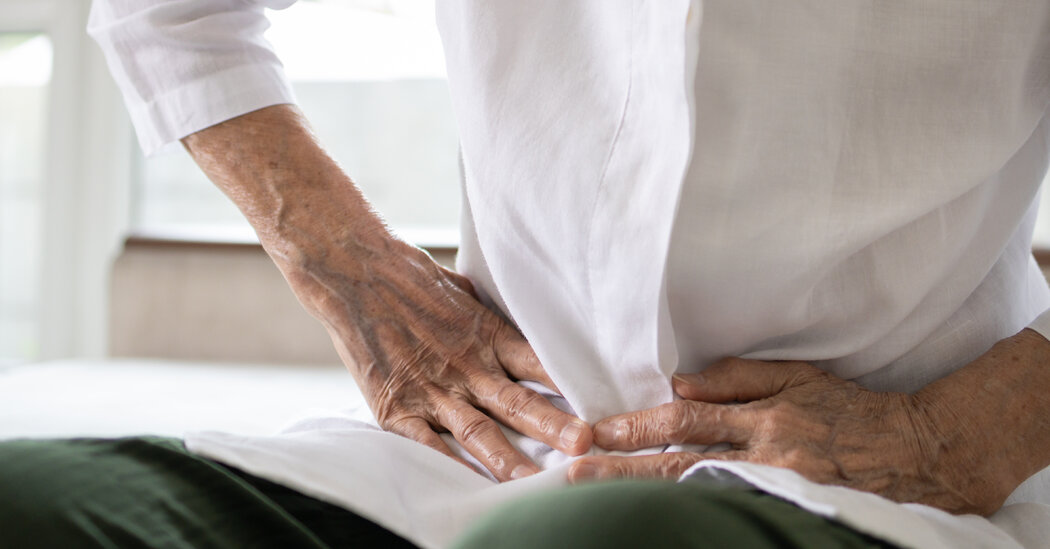 Travis Barker, an American musician and drummer for the rock band Blink-182, was hospitalized Tuesday with pancreatitis, TMZ first reported. The musician had endured “extreme stomach pain” according to People magazineand was then taken to Cedars-Sinai Medical Center in Los Angeles on a stretcher and accompanied by his wife, Kourtney Kardashian.

It’s unclear exactly when Barker had a colonoscopy (some reports say it was “recently”), but many wonder if the two events are related. This is what you need to know.

What are the common complications of a colonoscopy?

Colonoscopy is a procedure that is often used to detect colon cancer that has performed by gastroenterologists since it was introduced in 1969. During the procedure, doctors guide a long, flexible tube called an endoscope into the rectum and colon. A camera at the end of the endoscope allows doctors to see inside the colon and remove polyps that could become cancerous.

“Colonoscopy is very, very safe,” said Dr. Avinash Ketwaroo, a gastroenterologist who specializes in endoscopic procedures at Baylor College of Medicine in Houston. “It has been extraordinarily successful in reducing the risk of colon cancer.”

Dr. Ketwaroo noted that million colonoscopies are performed in the United States each year, and that years of training are required in hundreds of cases before a gastroenterologist can perform them independently. Serious risks of the procedure are rare.. They include perforation (a small tear in the intestine that usually occurs in fewer than one in 1,000 patients), bleeding (which may occur as often as two or three in 100 patients, especially if a polyp is removed or if the patient is in a blood thinner) and infection. The anesthesia used for the procedure also carries risks.

Although less severe, abdominal discomfort is not uncommon after colonoscopy, said Dr. Kavel Visrodia, a gastroenterologist at Columbia University Irving Medical Center who is studying how to improve the safety of endoscopy. Cramping or bloating after the procedure is usually caused by carbon dioxide being used to inflate the colon to better visualize potential polyps. “Typically, that discomfort will go away within a few hours after the procedure as the gas reabsorbs or passes through,” Dr. Visrodia said.

The pancreas is an important organ for digestion that produces enzymes that help break down food and hormones, such as insulin, that regulate blood sugar. Pancreatitis occurs when the organ becomes inflamed and can produce a variety of symptoms including abdominal pain, nausea, vomiting and diarrhea, Dr. Visrodia said. Abdominal pain sometimes radiates to the back and can be debilitating, preventing patients from eating or drinking.

“When we see acute pancreatitis, it’s typically treated with intravenous hydration, analgesics for pain control, and antiemetics for nausea,” he said. Doctors may run various tests to try to find out what caused the pancreatitis, such as gallstones, alcohol, certain medications, or autoimmune diseases. In extreme cases, pancreatitis can cause major problems in the body, such as kidney damage or difficulty breathing.

Is pancreatitis a common complication of colonoscopy?

No. In a recent study that looked at the experiences of nearly 80,000 patients who underwent the procedurepancreatitis was not even described as a risk of colonoscopy.

“It would be an extremely rare complication,” said Dr. Ketwaroo. “So rare that it’s at the level of what we call case reports, meaning it occurs in perhaps one in a million colonoscopies.”

Advances in the field. In recent years, advances in research have changed the way cancer is treated. Here are some recent updates:

Blood test. New blood tests that look for tiny bits of DNA or protein to detect a variety of cancers have drawn praise from President Biden, who made them a priority of his Cancer Moonshot program. Supporters say the tests can find tumors while they are still small and curable, but a definitive study has not yet been done to determine whether the tests could prevent cancer deaths.

Melanoma. A large study found that participants who ate large amounts of fish each week had a higher risk of developing melanoma, the most serious type of skin cancer. It’s not clear what’s behind the surprising association between fish intake and melanoma, and the study’s lead author cautioned that the findings aren’t a reason to eliminate fish from a healthy diet.

Rectal cancer. A small trial in which 18 rectal cancer patients took the same drug, dostarlimab, appears to have produced an astonishing result: The cancer disappeared in all participants, undetectable by physical examination, endoscopy, PET scans, or MRIs. Experts believe this is the first time in history that a study has led to complete remission in all cancer patients.

Breast cancer trial. Treatment with trastuzumab deruxtecan, a drug that targets cancer cells with laser-like precision, was found to be astonishingly successful in slowing tumor growth and prolonging life in clinical trial participants who had metastatic breast cancer.

However, there is a highly specialized endoscopic procedure called endoscopic retrograde cholangiopancreatography, or ERCP, which “tends to irritate the pancreas,” said Dr. Visrodia. But this is very different from a colonoscopy or even a standard upper endoscopy, he explained. ERCP involves passing an endoscope through the mouth into the small intestine to manipulate the bile and pancreatic ducts. Because that area is immediately adjacent to the pancreas, pancreatitis is not an entirely surprising complication.

When should someone contact a doctor after a colonoscopy?

While abdominal discomfort is possible right after a colonoscopy, it shouldn’t be severe or persistent, Dr. Ketwaroo said. Abdominal pain that lasts all night, blood in the stool (which can sometimes look black or tarry), or fever should prompt patients to contact a doctor or go to the emergency room.

Last year, the US Preventive Services Task Force lowered the recommended age for colorectal cancer screening from 50 to 45 years. “There is an increasing incidence of colon cancer, especially among younger people,” said Dr. Ketwaroo. the average lifetime risk of developing colorectal cancer for men is one in 23 and for women, one in 25. Barker, who is 46, is within the window of eligibility for screening, but the reason why is not disclosed. a colonoscopy was done.

It’s a procedure “that has been around for many decades,” said Dr. Visrodia. “If you are concerned about the risks associated with colonoscopy, I would recommend that you discuss them with your doctor before allowing yourself to be dissuaded from detecting colon cancer early.”

Dr. Trisha Pasricha is a writer and physician at Massachusetts General Hospital. Her work has appeared in The Washington Post, Los Angeles Times and The Atlantic.