HomeHealthDo you need an ambulance? Depending on the state, it will...
Health

Do you need an ambulance? Depending on the state, it will cost you 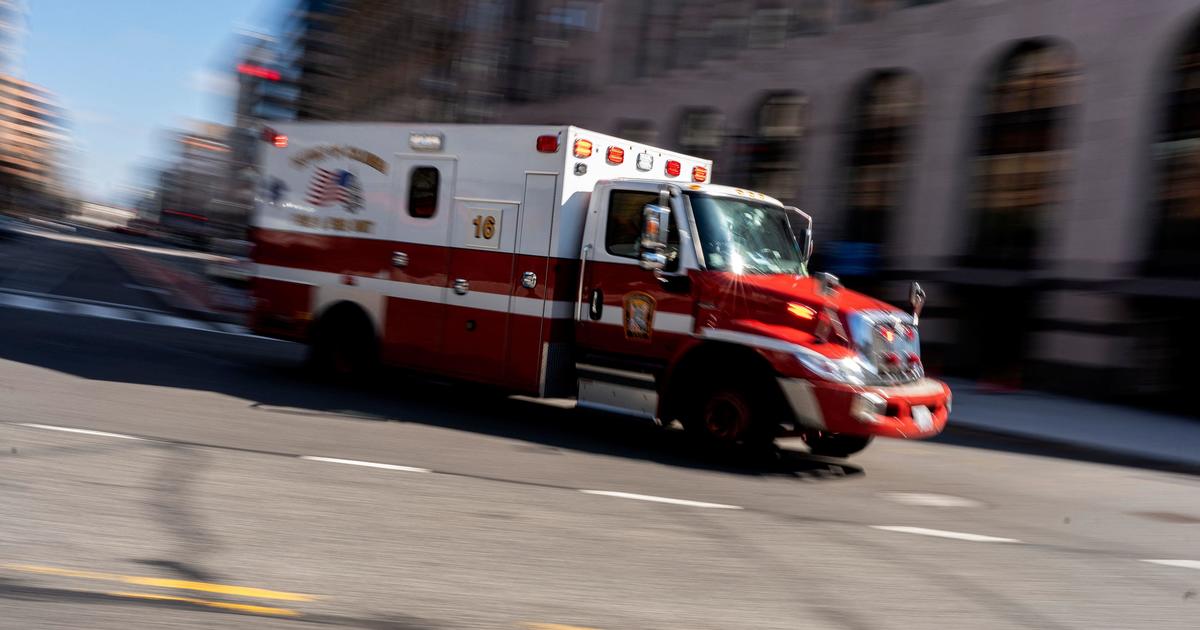 Although the US banned most surprise medical bills Starting this year, people facing a health emergency could still be tied up with hundreds of dollars or more in out-of-network fees.

For patients with health insurance, an ambulance ride can cost someone between $500 and $1,000, according to a report by the Public Interest Research Group. released Tuesday.

Some 3 million patients go to the hospital by ambulance each year, more than half of whom will end up with a surprise bill, according to the consumer advocacy group. One study found that between 2010 and 2016, 85% of ambulance patients received a surprise bill for out-of-network services, also known as a balance bill.

The size of the bill can vary greatly between states. In Washington, DC, for example, the average surprise ambulance bill is just $37, according to a to study published in Health Affairs in 2020.

One of the reasons for the disparity in ambulance billing is the proliferation of different types of ambulance services. Modern ambulance networks were established in the 1970s thanks to a big federal boost and dedicated funding. But after congressional money dried up in the 1980s, states took over and many programs were cut or privatized, Kelmar said.

“Different communities responded in different ways,” he said. “Some municipalities established financing programs [for ambulance services]some were absorbed into fire departments, some hospitals started ambulance services, and private services were started as well.”

In recent years, private equity firms have also taken over ambulance services, an ownership change that often results in aggressive billing and debt collection, PIRG noted. There are about 14,000 different ambulance services throughout the county, Kaiser Health News has Estimate.

Patients are also more likely to be left with surprise ambulance bills in certain states. For example, Maryland prohibits volunteer ambulances, or those owned by the local government or fire department, from billing patients. Only half of ambulance trips in Maryland result in a surprise bill, according to the Health Affairs study, which looked at patients in a large national health insurance plan.

At the other end of the spectrum, 93% of ambulance trips in Oregon and nearly 90% of those in Washington state result in a surprise bill, the study found.

In all, 10 states have laws to limit balance billing for ambulance rides, but even those protections have big loopholes. In particular, they leave out the 60% of insured Americans whose health care is covered by large, self-funded insurance plans.

“Rolling of the Dice”

Unlike a patient who schedules a doctor’s visit and can check to see if those medical services are within their health insurance network, someone who calls 911 for a medical emergency does not have that ability. Ambulance patients often may not know who is operating the transport service.

“You’re not going to consult a directory when you’re calling an ambulance,” Kelmar said. “Of course, when you call 911, they’re just dispatching the closest available ambulance… It’s a roll of the dice if you get that out-of-network bill.”

PIRG is lobbying Congress to include ambulance bills in the recently passed Law without surprises, which protects patients in emergency situations from being billed for out-of-network services they did not agree to. While the law does not regulate ambulances, it has mandated a committee to study the issue and make recommendations.

“We figured out how to solve surprise bills with the No Surprise Act. It’s working and people don’t have to deal with those bills they couldn’t avoid. Ground ambulances are the same thing,” Kelmar said. “We shouldn’t be raising prices for those unfortunate few who have an emergency.”