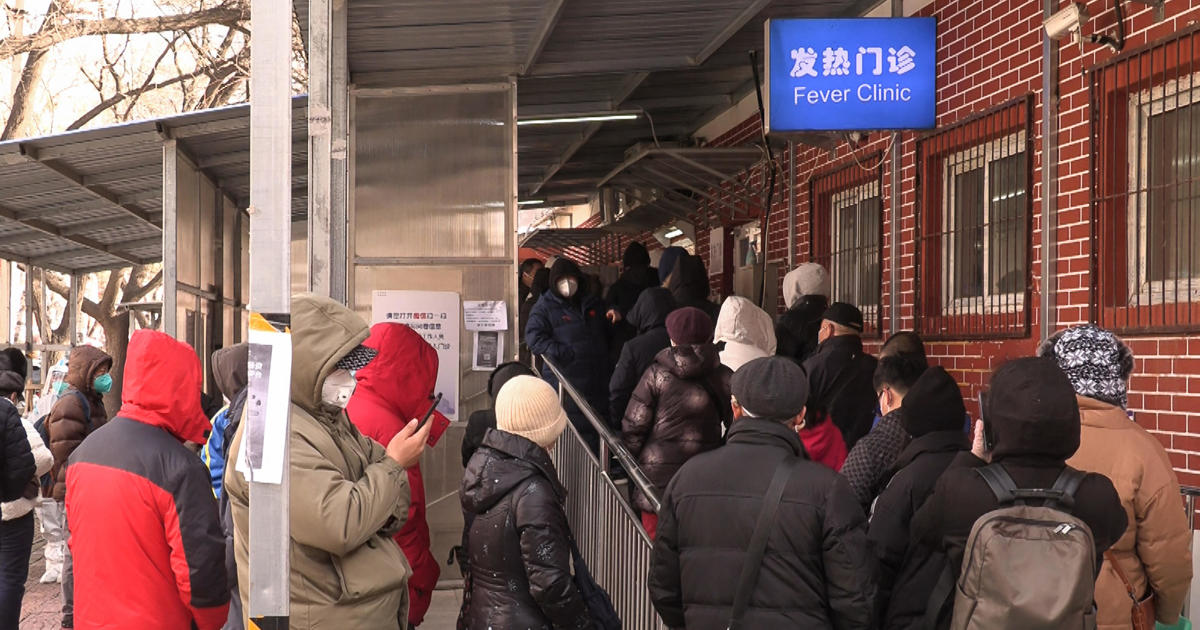 Beijing — A week after Chinese health authorities caused chaos and confusion announcing sweeping changes in the country’s draconian politics COVID-19 control measures, the government’s coronavirus czar has tried to bring some clarity on the new strategy. In doing so, the Chinese government has admitted for the first time that it is impossible to try to detect and trace all cases of the coronavirus.

Many in China, but particularly in the sprawling capital city of Beijing, have been desperate for more information given an anecdotal rise in illness that doesn’t seem to match official case counts, which have suggested a slowing spread of the virus. .

For a week now, China has allowed people infected with COVID-19 to self-quarantine at home with asymptomatic or mild cases, and has removed the requirement for everyone to show a recent negative test before entering most public places. .

the abrupt U-turn in the country’s strict “zero-COVID” policy It came after rare public outcry against the measures, but what replaced long-standing rules — and harsh rhetoric about the dangers of contracting COVID-19 — was a lack of clear guidance that led to a rush on everything from cold and flu medications to home test kits.

Visiting hospitals on Tuesday, China’s top coronavirus official, Vice Premier Sun Chunlan, explained that the country’s focus should shift from “preventing infections” to “medical treatment” of those suffering from the virus. The very clear goal of the last three years, in other words, to quickly isolate and eradicate any infection, has been changed to preventing and treating severe cases.

As part of the new strategy, which broadly mirrors policies adopted many months ago by many other major economies, China’s National Health Commission announced Wednesday that it will no longer report the number of asymptomatic cases in the country. With the mandatory mass testing that had impeded everyday life for years now officially abandoned, the commission said there was “no way to keep track of the actual numbers” of infections.

The announcement was added without fanfare as a note in the health service’s daily COVID case report, and the recent downward trend reflected in that report can be largely explained by the sudden and massive drop in testing. The number of official cases has steadily decreased since the end of November, but anecdotal evidence from Chinese social media suggests that many people are still contracting the virus.

For days, “fever clinics” around the Chinese capital have had lines of people waiting outside in the cold for COVID tests or treatment for hours. Common cold, flu and pain medications and rapid home antigen test kits are in extremely short supply. Demand for the tests has skyrocketed as many of the government-run PCR test booths that became a fixture in Chinese cities in recent years have been dismantled in the past two weeks.

On Saturday, the Beijing emergency services received six times as many calls as usual. On Sunday, the number of people who go to the fever clinics in the capital increased to 16 times the usual level.

The general public has not been alone in the struggle to adapt to the new strategy. The Office for National Statistics canceled its regularly scheduled monthly news conference this week, saying it would post COVID case data online instead. taiwanese the media pointed out that the Beijing office in charge of relations with the democratically governed island had canceled two consecutive press conferences.

One of the biggest problems for China as it relaxed its strict anti-virus rules was the relatively low proportion of the country’s vast population of 1.4 billion people that has been fully vaccinated and boosted against COVID-19. Chinese authorities refused for years to use Western-developed vaccines, sticking with the country’s domestic products, which did not perform as well during clinical trials.

Of particular concern, many older Chinese citizens remain unvaccinated or undervaccinated, even though the government announced a major vaccination push when it abandoned the zero-COVID policy last week.

However, there was a new glimmer of hope this week, as a national healthcare app began selling Pfizer products. COVID-19 PAXLOVID Treatment to anyone with a positive test result. Even at $426.80 per box, the drug reportedly sold out on the app in half an hour.