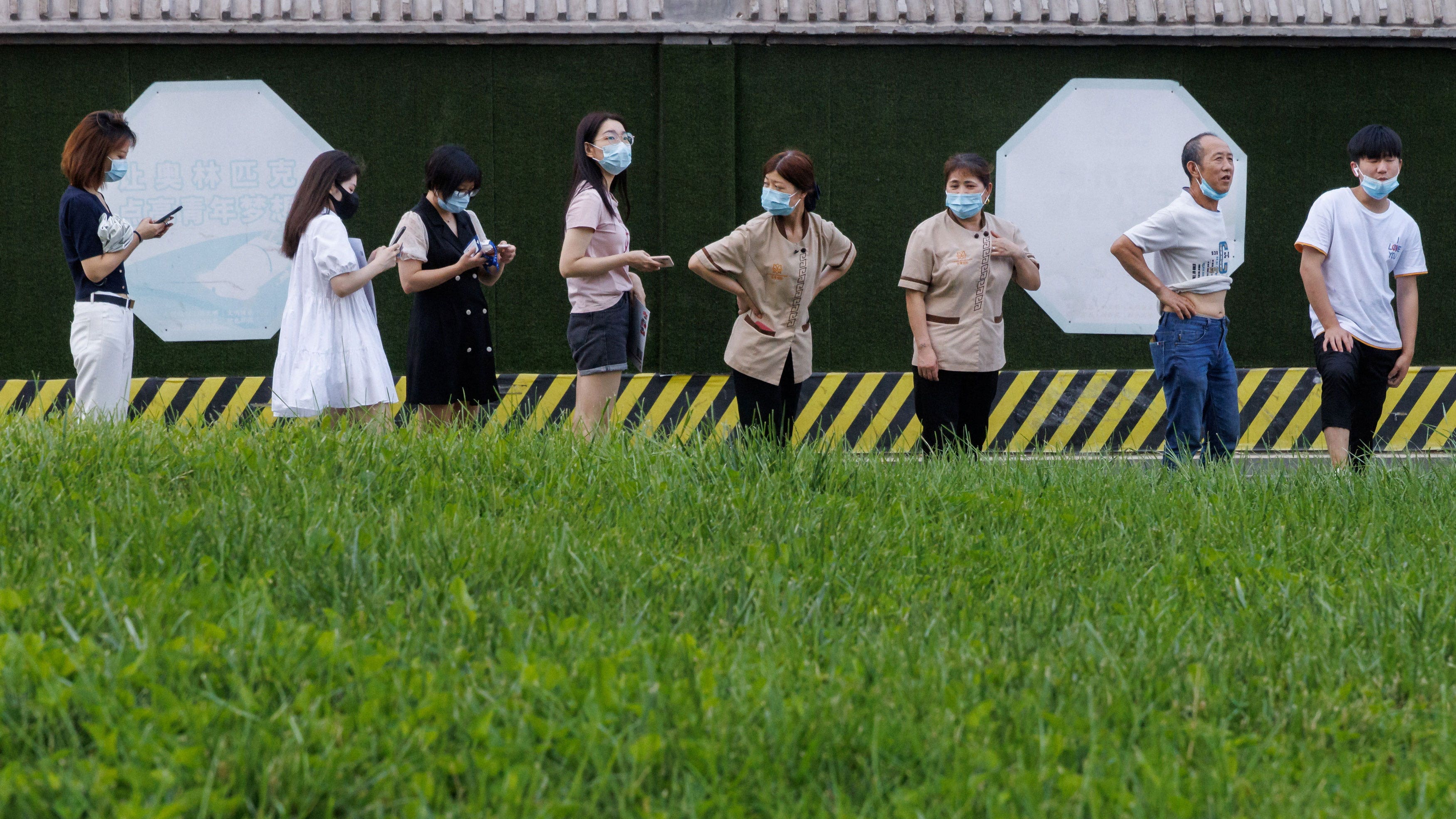 According to posts published Wednesday night and Thursday morning on the Weibo microblogging platform, neighborhood committees asked some Beijing residents returning to the capital to wear an electronic bracelet during the mandatory home quarantine period.

Chinese cities require those arriving from parts of China where COVID cases have been found to quarantine. Authorities install gates with motion sensors to monitor their movements, but until now they have not widely discussed the use of electronic wristbands.

The wristbands monitor users’ temperatures and upload the data to a phone app that they had to download, according to the posts.

“This bracelet can connect to the Internet, it can definitely record my whereabouts, it’s basically the same as electronic shackles and handcuffs, I won’t use this,” Weibo user Dahongmao wrote Wednesday night, declining further comment when asked. contacted by Reuters.

Beijing residents who returned to the city after a trip abroad were required to wear electronic bracelets to ensure they adhere to mandatory home quarantines. This sparked protests on the Chinese social media platform Weibo.
(Reuters/Thomas Peter)

This post and others sharing images of the bracelets were removed Thursday afternoon, as was a related hashtag that had garnered more than 30 million views, sparking lively discussion on the platform.

A community worker in Tiantongyuan, the northern suburb of Beijing, confirmed to state media outlet Eastday that the measure was in place in the neighborhood, though she called the practice “excessive.”

A Weibo post and a video posted on the official Eastday.com account were removed on Thursday afternoon.

Weibo user Dahongmao wrote Thursday afternoon that his neighborhood committee had already collected the wristbands, telling him “there were too many complaints.”

The protest against electronic bracelets comes at a time of growing COVID fatigue in China, with disobedience and violations on the rise since a nationwide outbreak in March.

The Beijing government could not immediately be reached for comment after normal business hours.

In addition to Beijing, several other regions and jurisdictions have introduced bracelets as a COVID control measure, or plan to do so, including Hong Kong, Henan, Inner Mongolia and Zhejiang, according to the Chinese news site Jiemian.

But concerns over data privacy and the use of COVID-monitoring technology for other purposes, such as setting health codes on alert to prevent protesters from congregating, have made many Chinese wary of such devices and apps.