Watergate at 50: A Guide to Remembering the Scandal 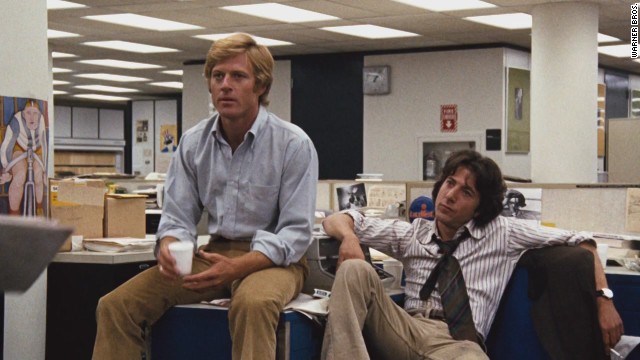 However, viewing some of the new and recent productions devoted to that story, and reviewing earlier ones, offers some insight into those years and a reminder that the Nixon scandals went far beyond sending a few unlucky thieves to the headquarters of the Democratic National Committee.

For those who may see Watergate as ancient history, these projects, featuring those who participated in and covered the story, also underscore that this earlier constitutional threat was much closer than it appears in the rearview mirror.

As for refresher courses, here are a few options, including some that qualify as Watergate-adjacent in terms of helping understand or remember what happened.

Although Washington Post reporters Bob Woodward and Carl Bernstein are among those interviewed, there is a bit more bias in this documentary towards CBS’s role as one of the few television news outlets covering the scandal, including recollections of Lesley Stahl on the story, footage of Walter Cronkite weighing in on the scandal, and regal reporter Daniel Schorr discovering on air that he had earned a place on Nixon’s enemies list as he read the names.

Incorporating interviews old and new, the project also captures the huge “hit” that televised Watergate hearings were, back in the days when there were three networks and not many viewing alternatives.

“Watergate: Blueprint for a Scandal”

A four-part docuseries currently airing on CNN, the project features interviews with John Dean, among others.

The History channel will repeat his six-part docuseries, which originally premiered in 2018.

This eight-part dramatization of Watergate has just wrapped, but it’s worth catching up on for those who haven’t, with Julia Roberts as whistleblower Martha Mitchell, an unrecognizable Sean Penn as her husband, Nixon Attorney General John Mitchell, and Dan Stevens as John Dean. Exaggerated in part to the point of satire, however, it is a revealing look at the scandal and its key players, including a wildly over-the-top Shea Whigham as G. Gordon Liddy.

“All the President’s Men” (Max HBO)

A remake of director Alan J. Pakula’s 1976 film version of Woodward and Bernstein’s book stands out for unintended reasons in certain locations, such as a gathering of Washington Post editors consisting entirely of older white men in white shirts. white, debating whether to support the youth. reporters

At its core, though, the film holds its own and then some, from its exploration of classic shoe-skin reporting to frightened sources who can’t keep quiet about the corruption they witnessed. Add to that the sensational performances and Oscar-winning screenplay by William Goldman, with signature lines like Deep Throat (Hal Holbrook) telling Woodward (Robert Redford) to “follow the money” and “The truth is, these aren’t guys very smart, and things got out of hand.

Steven Spielberg’s 2017 film offers a deeper dive into another angle of the story, specifically the relationship between Washington Post editor Ben Bradlee (Tom Hanks) and editor Katharine Graham (Meryl Streep), and the courage this one exhibited. last, having been pushed into it. her role: resisting pressure from the White House by publishing the Pentagon Papers in 1971. That tenacity would later be vital to the Post’s role in the Watergate exposure.

“Mark Felt: The Man Who Brought Down the White House”

This regular 2017 movie stars a better-than-movie Liam Neeson as Felt, the FBI official finally revealed to be the source for Woodward’s Deep Throat back in 2005.

Michael Sheen and Frank Langella reprized their stage roles as David Frost and Nixon in the making of their famous 1977 television interviews, an entertaining film, defined by its standout performances, that has as much to do with the pressure on the interviewer and his verbal rejection as with your theme.