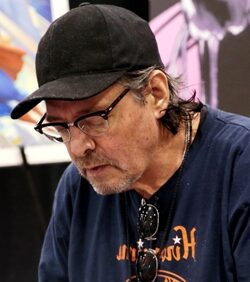 According to his official Twitter account, Tim Sale, a comic book artist and winner of the Eisner Award, has died. He was a legendary Eisner Award-winning comic author who had a profound influence on generations of creators in comic books as well as in film and television. He was 66.

Sale posted on his account, which was renamed to “Remembering Tim Sale”, that he had “passed with his love of life beside him, loves all of them very much.”

Susan Bailey, Sale’s partner, retweeted Lee’s message last week and said that she would be “reading your responses to him to brighten His day.” He is in good spirits, despite all the difficulties.

Sale worked in collaboration with Jeph Loeb (also a producer-writer for Smallville, Lost and Commando) and Teen Wolf writer, as well as co-executive producer for Heroes and later EVP at Marvel Television.

The Long Halloween was mentioned as an influence in Christopher Nolan’s Batman films and it certainly seems to have been part of Matt Reeves’ more recent The Batman.

Marvel’s Sale and Loeb created the “Color” comic book series. It featured Daredevil in Yellow, Spider-Man in Blue, Hulk in Gray, Captain America: White, and Hulk as a Green.

Marvel Entertainment included the Color books in their tribute to Sale today. “Tim Sale was an iconic artist who created comic-book masterpieces across the industry and beyond.” His Color series were acclaimed classics at Marvel and are just a small glimpse of his legacy.

According to DC’s official account, “Tim Sale” was an amazing artist whose interpretation of iconic characters had real human depth and his innovative page designs changed how a whole generation views comic book storytelling.