‘The Princess’ is definitely not a Disney movie. 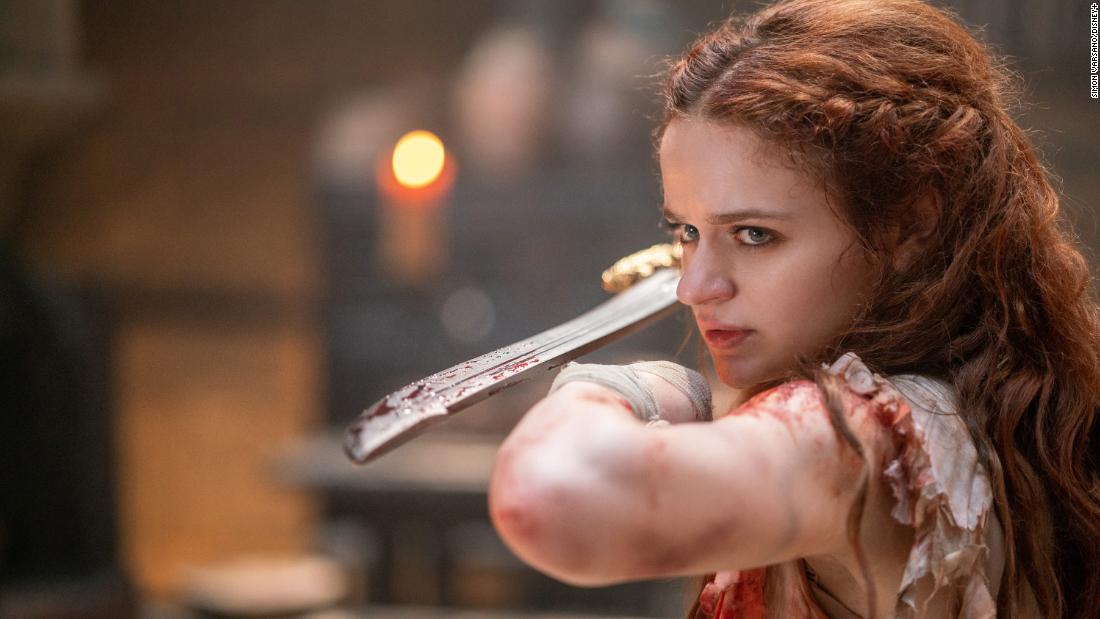 Director Le-Van Kiet brings plenty of action and a degree of visual flair to this slightly claustrophobic concept, which takes place almost entirely within the confines of that castle, as the princess makes her way through a variety of obstacles and enemies that are much, much bigger than her.

How he’s able to do that is explained through flashbacks, but the movie doesn’t care too much about plot or details, aside from the fact that the psychopathic suitor who’s been jilted by the princess (played by Dominic Cooper) and his henchman main (“Quantum of Solace’s” Olga Kurylenko) are completely ruthless and are willing to kill anyone who interferes with their plans, including the princess’s family.

The film possesses a certain sense of humor, but is mostly expressed in a cartoonish manner, such as the overweight guard spending an inordinate amount of time huffing and puffing his way up the tower stairs, or a swift kick to the groin demonstrating surprisingly ineffective.

The film represents an unorthodox stretch for King, certainly compared to his last notable work for Hulu on the limited series “The Act.” The only other significant part belongs to Veronica Ngo (“The Old Guard”) as his tutor in the fighting arts, lessons given without the King’s knowledge, which only modestly reinforces the story’s feminist sensibility.

While the film is over 90 minutes long, it’s hard to discern precisely who it was intended for, as the action, creepy as it is at times, feels relatively small in scale, while being too gritty to play much of. beyond that audience base. In that sense, it looks like another Fox release that corporate parent Disney (understandably, in this case) didn’t quite know how to handle in terms of marketing.

Not that the world can’t use a kicking princess right now, but it would have helped deliver an army with a little more substance than this.

“The Princess” premieres July 1 on Hulu in the US and as a Star Original on Disney+ internationally.