The New Season: The Most Anticipated New Movies, Music, Books, TV/Streaming, and Art 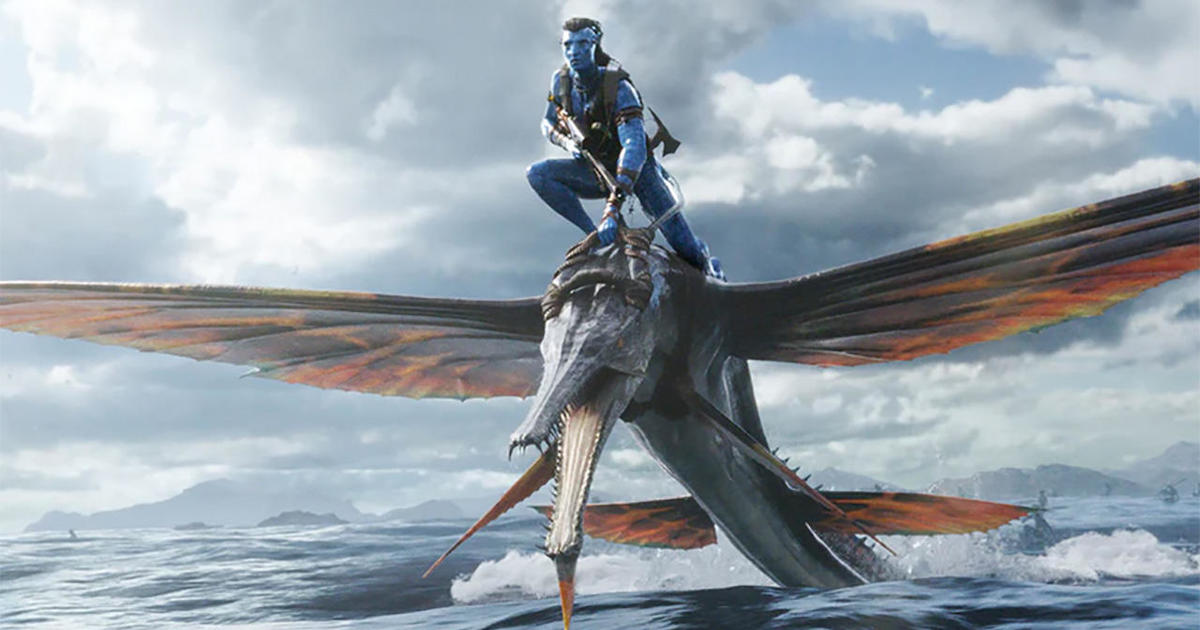 Keep an eye out for these new releases and events in the coming months.

“Avatar: The Water Path”
James Cameron’s 2009 sci-fi epic was one of the most effective uses of 3D photography to capture the alien world of Pandora and its indigenous inhabitants, the 10-foot-tall blue Na’vi. Cameron is now back with the first of four projected sequels, many of which take place underwater. (In addition to blockbusters, Cameron has also directed documentaries about deep-sea exploration, so he’s in his element.)

Sam Worthington and Zoe Saldana reprise their roles, while Sigourney Weaver and Stephen Lang also return, although their characters died in the first film (this it is science fiction, after all). Joining the cast is Kate Winslet, who starred in Cameron’s “Titanic” and is now, once again, buoyed up. It opens on December 16.

To watch a trailer for “Avatar: The Way of Water,” click on the video player below:

“Black Adam”
The DC Comics character, who originated in ancient Egypt, is in contemporary times a supervillain (although he can simply be misunderstood) and a target of the Justice League of America. Dwayne Johnson stars. Things explode. Opens on October 21.

“Black Panther: Wakanda Forever”
How are you following the incredible success of “Black Panther” with the public and critics after the death of star Chadwick Boseman? The responsibility of carrying on the superhero legacy and filling King T’Challa’s shoes falls on his sister, Princess Shuri (Letitia Wright). Director Ryan Coogler returns. Opens on November 11.

“Halloween Ends”
This latest slasher film in the “Halloween” franchise, kicked off in 1978 by director John Carpenter, is the thirteenth and (supposedly) final installment in which a mask-wearing Michael Myers once again wreaks havoc, this time with Jamie Lee Curtis. returning as Laurie. Strode, who had survived the first film, barely. Will this sequel be Lucky 13? Debuts October 14 in theaters and streaming through Peacock.

“The Fabelmans”
Steven Spielberg’s family drama, a nostalgic à clef movie reminiscent of his parents and his beginnings as an aspiring filmmaker, won the People’s Choice Award at the Toronto International Film Festival earlier this month, along with five other recent winners of the Oscar for Best Picture. “The Fabelmans” stars Michelle Williams, Paul Dano, Seth Rogan and Mateo Zoryna Francis-Deford and Gabriel LaBelle as young teenager Sammy Fabelman, whose life changes once he gets his hands on 8mm film. Opens on November 11.

Björk: “Fossora”
The singer’s tenth album, featuring songs written during the COVID lockdown, was inspired in part by grief over her mother’s death in 2018. The lead single, “Atopos” (featuring Kasimyn), was released in early this month. (September 30th)

“The Last Chairlift” by John Irving
The author of “The World According to Garp,” “The Cider House Rules” and “A Prayer for Owen Meaney” returns with his first novel in seven years, which is both a story of sexual politics and a story of of ghosts . (Simon & Schuster: October 18)

“The passenger” & “Stella Maris” by Cormac McCarthy
The Pulitzer Prize-winning author of “The Road” and “No Country for Old Men” returns with two tie-in novels, part of a story spanning eight years, encompassing a murder mystery and a woman suffering from paranoid schizophrenia. (Knopf: October 25, November 22)

Liberation Day by George Saunders
George Saunders, winner of the Booker Prize for “Lincoln in the Bardo”, returns with a collection of short stories, his first. (Random house: October 18)

“The Winners” by Fredrik Backman
The conclusion to the Beartown series, from the author of “Anxious People” and “A Man Called Ove.” (Atria Books: September 27)

“Confidence Man: The Making of Donald Trump and the Breakup of America” ​​by Maggie Haberman
The New York Times reporter’s take on the rise and fall of the former most powerful man in the world. (Penguin Press: October 4)

“Surrender: 40 Songs, One Story” by Bono
Memoir of the lead singer of U2, activist and artist. (Knopf: November 1)

“The Light We Carry: Overcoming in Uncertain Times” by Michelle Obama
A follow-up to the former First Lady’s bestseller “Becoming.” (Crown: November 15)

“README.txt: A Memoir” by Chelsea Manning
The former US Army intelligence analyst writes both about the distribution of classified military records (which earned her a 35-year military prison sentence) and her struggles with gender identity. (‎Farrar, Straus and Giroux: October 18)

“The crown”
For Season 5, Imelda Staunton steps into the shoes of Queen Elizabeth II in this continuation of the life and times of the House of Windsor. (Netflix: November)

“King of Tulsa”
Sylvester Stallone, Andrea Savage and Garrett Hedlund star in a mob story about an ex-con who starts a family business in Oklahoma. It is not the old neighborhood. (Paramount+: November 13)

“The Walking Dead”
Just in time for Halloween: Survivors of the walking dead (and the nasty living) try to survive the final eight episodes of the series. (AMC: Starts October 2)

“Willow”
Ron Howard’s 1988 fantasy adventure gets the sequel treatment with a new series, with Warwick Davis reprising her role as Willow. (Disney+: November 30)

The Angels: Picasso cutout papers
An exhibition of some little-known works by the artist, which he began making at the age of nine. (Hammer Museum at UCLA: October 1 to December 31)

Washington DC: Vermeer’s secrets
Four works by Johannes Vermeer are the centerpiece of this exhibition, which examines how imaging technology and microscopic studies of his works illuminate our understanding of the 17th-century Dutch artist. (National Gallery of Art (Washington, DC: October 8, 2022-January 8, 2023)

New York: Edward Hopper’s New York
Paintings of the urban environment are featured in this retrospective of the artist’s work that developed in parallel with the booming growth of New York City. (Whitney Museum of American Art: October 19, 2022-March 5, 2023)

Chicago: The language of beauty in African art
More than 250 sculptures from across the African continent are on display in a celebration of indigenous cultures and pre-colonial societies. (Art Institute of Chicago: November 20, 2022-February 27, 2023)