The NBA renames its MVP trophy after Michael Jordan 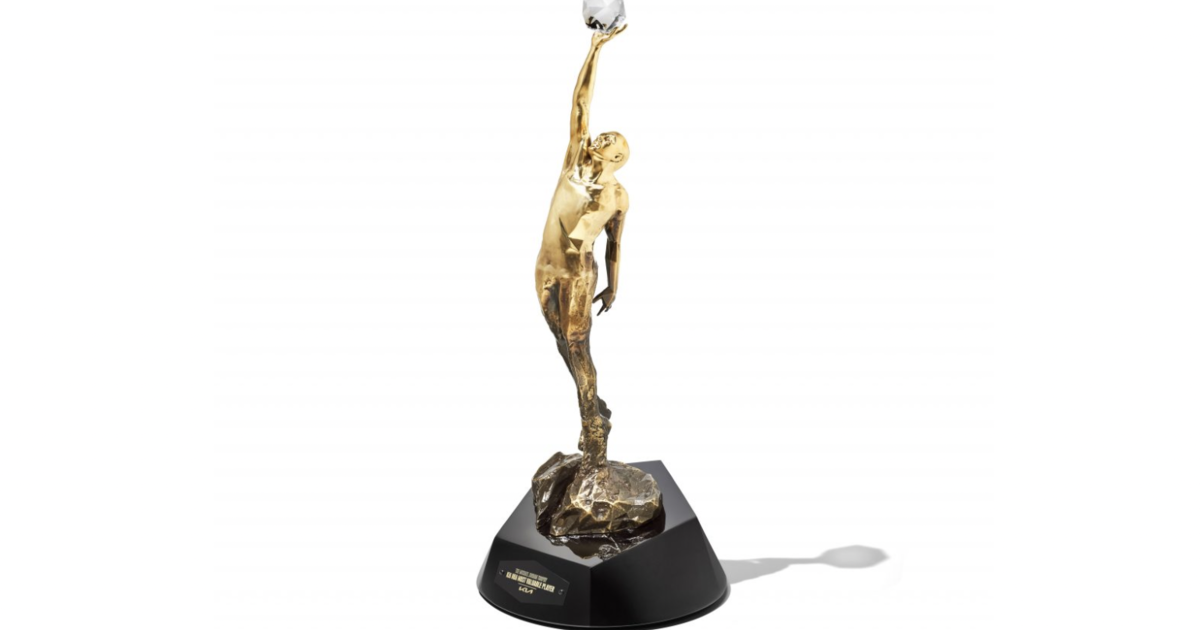 The NBA has renamed its coveted Most Valuable Player Award in honor of Michael Jordan, widely considered the greatest basketball player to ever hit the court. The NBA announced the new Jordan Trophy as part of six newly designed trophies it is named after the legends of the league.

The 24-inch-tall bronze trophy commemorating the basketball icon shows a player climbing out of a rock and reaching for a glass basketball. According to the NBA, the trophy’s reach “symbolizes an MVP’s never-ending quest for greatness.” Other features include Jordan’s jersey number and championship number, as well as a five-sided base that is a nod to Jordan’s five league MVPs.

Mark Smith, Jordan Brand designer and retired vice president of special projects innovation at Nike, worked with Jordan on the design. In a statement, he said creating it was a “lifelong challenge.”

“While working together on this project, it was very important to Michael that the figurine not look like him, but rather that the recipient be able to see themselves in the award,” Smith said. “For Michael, naming the award after him was recognition enough.”

One of the new awards is the Jerry West trophy, given to the most important player in the NBA. West, who was nicknamed “Mr. Clutch” for performing well late in games, is an NBA champion and a 14-time NBA All-Star. The award will honor the player who “performs best for his teammates in the clutch,” the NBA said.

“Our new trophy collection celebrates some of the greatest and most impactful players in NBA history,” NBA Commissioner Adam Silver said in a statement. “As we recognize the best players in the league each season, we also honor the legends who embody these prestigious awards.”