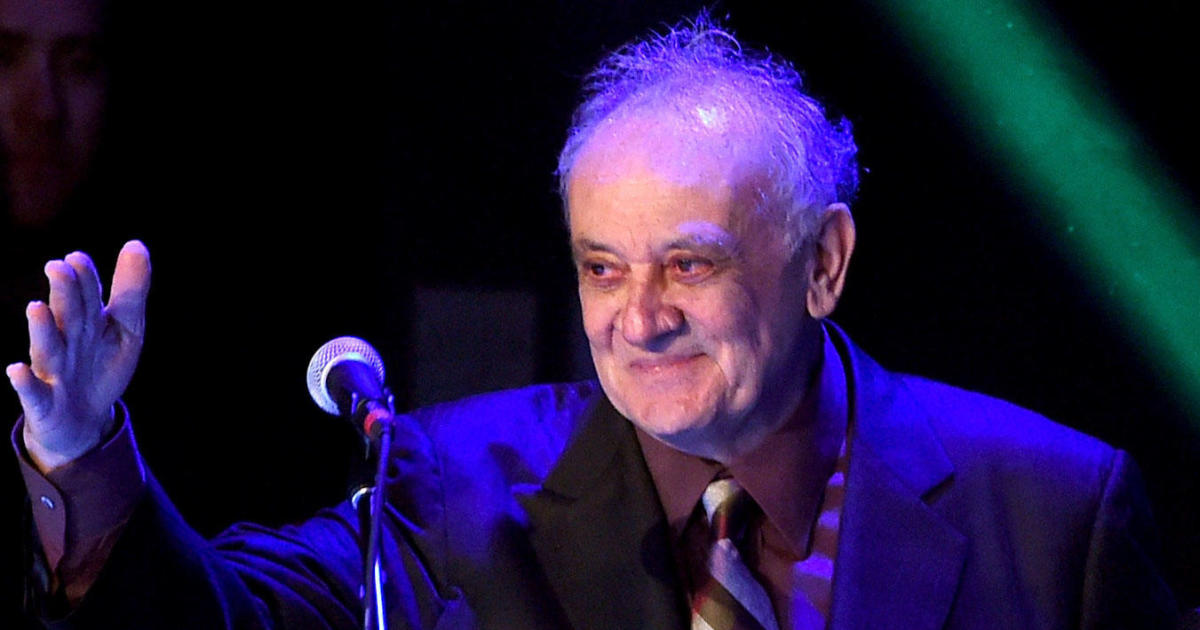 Angelo Badalamenti, the composer best known for creating otherworldly scores for many David Lynch productions, from “Blue Velvet” and “Twin Peaks” to “Mulholland Drive,” is dead. He was 85 years old.

He died of natural causes on Sunday, his family said in a statement to the Associated Press.

Born in Brooklyn in March 1937 to a musically trained fish market owner father (percussionist in Sicily), Badalamenti grew up listening to Italian opera with his family, began taking piano lessons at age 8, and earned a BA and a BA. master’s degree. from the Manhattan School of Music. During the summers, he played piano at the Catskills resorts for Borscht Belt acts.

After college, he taught high school. She wrote a Christmas carol for his students that ended up on PBS and essentially launched her career in entertainment, where she wrote songs for Nina Simone (“Another Spring”) and nancy wilson (“Face it girl, it’s over”). He also wrote songs for movies like “Gordon’s War” and “Law and Disorder,” but his big break came in 1986 when, through a series of industry connections beginning with unit manager Peter Runfolo, he was asked to help Isabella Rossellini sing “Blue Velvet”. for the iconic Lynch film.

“They were shooting in North Carolina, so they flew me out to meet Isabella and see what I could do. When I got there, we went into a small room with just Isabella and me and a piano. I worked with her for two or three hours. in a row until we got a good shot on a little tape recorder,” he said in an interview with Culture.org. “David was filming the last scene. We brought him the cassette tape. He put his headphones on and immediately said, ‘That’s the ticket! This is great!’ I had to ask the line producer what peach meant.”

He also ended up writing the song “Mysteries of Love” and found Julee Cruise, who died earlier this year, to sing it, kicking off a long-running collaboration between the trio that would spill over into Lynch’s seminal series “Twin Peaks.”

“David felt that the music for ‘Twin Peaks’ would have to cover a lot of ground, a wide range of moods: sadness, passion, ecstasy, love, tenderness, and violence. He wanted the music to be dark and abstract.” he said. “He asked Me for music that would tear people’s hearts out.”

Badalamenti also worked with other directors, including Jane Campion (“Holy Smoke!), Danny Boyle (“The Beach”), Paul Schrader (“The Comfort of Strangers”), and Walter Salles (“Dark Water”). He also wrote “The Flaming Arrow” torch theme for the 1992 Barcelona Summer Olympics and the theme for “Inside the Actors Studio”. But it’s his work with Lynch that looms over them all, which would include “The Straight Story”, “Twin Peaks: Fire Walk Yo”, “Lost Highway” and “Mulholland Drive”.

“It’s got this musical soul, and the melodies are always floating inside,” Lynch told People magazine in 1990. “I get the mood of a scene in music, and one thing helps the other, and they both start to climb”.

Badalamenti also got to exercise his acting skills in a memorable scene in “Mulholland Drive,” where he plays a gangster who is particular about his espresso.

When it came to how he approached his scores, he said he was always in service to the director’s vision.

“Sometimes you want the music to go hand in hand with what’s happening on the screen. Other times I love the idea of ​​the music going against what’s happening, it’s often a cooler way of doing things,” said. told NME in 2011.

“I always have an important question for a director when I compose a soundtrack: what do you want your audience to feel? Do you want to scare them? Squirm in their seat? Feel beautiful? And how answering that question gives me clues to work on. I translate his words into music”.